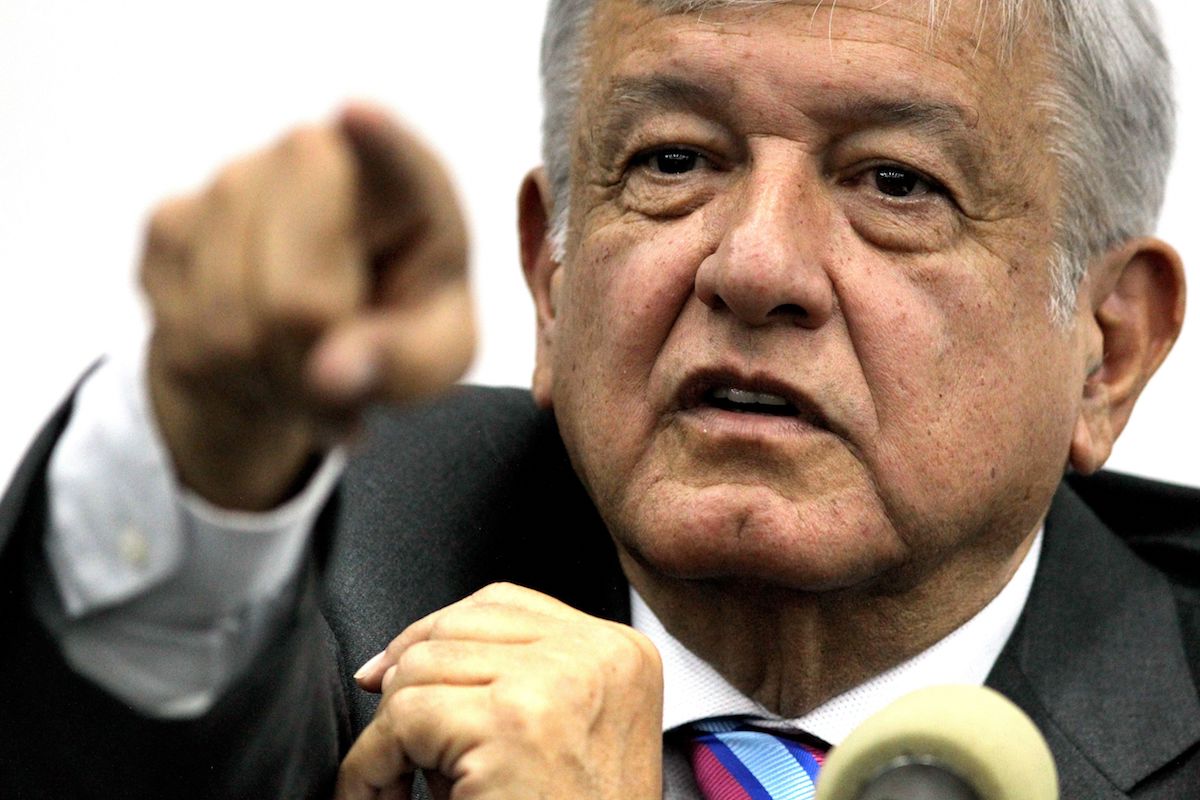 On December 1, Mexico will have the first leftist president in its modern history.

Interestingly, this turn to the left of the second largest economy in Latin America takes place during a time in which right-wing forces are on the rise throughout the region.

The recent elections of Iván Duque in Colombia and Jair Bolsonaro in Brazil are clear examples of a trend that seems to spell the end of Latin America’s leftward cycle, which began as a response to neoliberalism in the 1990s.

Where leftist governments are still holding on to power, they’re on shaky ground. That’s why the election of Andrés Manuel López Obrador, referred to as AMLO, makes Mexico an outlier in the region and brings expectations as well as uncertainty.

Just four years ago, Mexican politics were still dominated by three traditional political parties: the PRI, a mostly centrist party; the conservative PAN; and the leftist PRD. AMLO represented the PRD the first two times he ran for president, before he created his own political party, Morena, in 2014.

“Morenistas,” as AMLO’s party members are known, won most of the positions open for election in July.

The President-elect not only got more than double the votes of his nearest challenger, his party also won five out of nine governorships and secured control over both the Senate and the Chamber of Deputies.

The PRI, meantime, suffered the worst defeat of its 89-year history. The PAN lost about a fourth of its deputies and senators, and the PRD became a minor player in Mexican politics, with only 21 deputies in a 500-member chamber and eight out of 128 senators.

This shift of power is an unprecedented achievement for a new party and disrupts a long-standing political establishment.

Mexico’s new political landscape means the incoming president can bring about his ambitious social and political project dubbed Mexico’s “Fourth Transformation”—after independence from Spain in 1810, the reforms that institutionalized secularism in 1857 and the Mexican Revolution in 1910.

As AMLO repeatedly pledged during the campaign, his government will confront the entrenched interests of the “mafia of the powerful” in order to end the “long dark night of neoliberalism.” This is a powerful message for millions of Mexicans who resent economic and political elites and a former government they believed served the interests of the rich.

But will AMLO be able to deliver on the expectations he has created among the 30 million-plus Mexicans who voted for him?

His plans to expand some of the social policies he implemented while mayor of Mexico City from 2000 to 2005, such as a universal pension for the elderly, would benefit millions of poor people.

He’s also promised the creation of a vast scholarship program and 100 new universities across the country to address the needs of the young, many of whom end up joining criminal gangs given the lack of economic opportunities.

New social programs will be accompanied by an increase in infrastructure spending. Projects like the Mayan train and the construction of new oil refineries in southern states are already being discussed.

The new government intends to finance the spending in part through the resources it will save as a result of a “republican austerity plan.”

That plan includes cutting the president’s salary by more than half, ending pensions for ex-presidents, selling the government’s air fleet and removing several benefits for high-ranking bureaucrats.

But without comprehensive tax reform, doubts remain about whether the austerity plan will be enough to fund AMLO’s ambitious plans.

To increase the standard of living of most Mexicans, the new government will have to balance the need to redistribute wealth with the need to maintain the confidence of investors, both foreign and domestic.

This is not an easy task. Venezuela is an extreme but revealing example of what Mexico’s new government should avoid.

So far, AMLO’s policies appear to be at odds with Mexico’s economic reality.

The decline in oil reserves, weak labor productivity compared to its main trading partners, limited capacity to collect revenue due to a large informal sector and rising trade tensions in the global economy might jeopardize the new president’s transformation plans.

In addition, the incoming administration will be confronted by a country embroiled in a breathtaking violence crisis.

The year 2017 was Mexico’s deadliest year on record, with more than 29,000 homicides reported. That record’s been broken yet again in the first half of 2018, with a further 16 percent increase in homicides.

Such violence used to be contained to crime hotspots, but it’s now a widespread phenomenon with only a few states left untouched.

An example is Guanajuato, a state in central Mexico and home to the colonial city of San Miguel de Allende, once considered by North Americans as one of the best places in the world to retire.

The state saw a 122 percent increase in homicides in 2017 compared to 2016, and 56 police officers have been assassinated from January to September 2018. Tourist destinations like Quintana Roo and Baja California have followed a similar trend.

Mexico’s problems are difficult to overcome. The violence won’t end the day AMLO takes office, and the comprehensive economic platform needed to fund his ambitious social programs doesn’t yet exist.

Structural reforms are needed to address the fact that the Mexican economy only benefits the rich. And he must grapple with the pervasive causes of the violence.

Even though the new president has both the political leverage to pass reforms and the “legitimate ambition to go down in history as a good president”, this might just not be enough.

As some experts on political behavior argue, when the general expectations are high, tolerance diminishes. In a context of extreme social inequality and stagnant poverty levels, AMLO created huge expectations with his promises to transform the lives of millions of Mexicans.

But when that transformation takes longer than expected, the people who voted for AMLO might be the first to turn their backs on the new government. That means change needs to happen sooner rather than later.

The incoming administration only has three years before the next federal election. In 2021, Morena could lose its majority and with it, the ability to advance its agenda.

AMLO is facing an uphill battle against the economic interests that a long-standing political establishment has maintained and favored over decades. But this time, his government will have a historical perspective on the failures of previous leftist governments in the region, a perspective that so-called pink tide countries did not have in the early 2000s.

AMLO’s success or failure will have an impact on the political landscape of the rest of Latin America as right-wing forces reclaim power. Perhaps he will show us that a brighter future for the world’s most unequal region is possible.