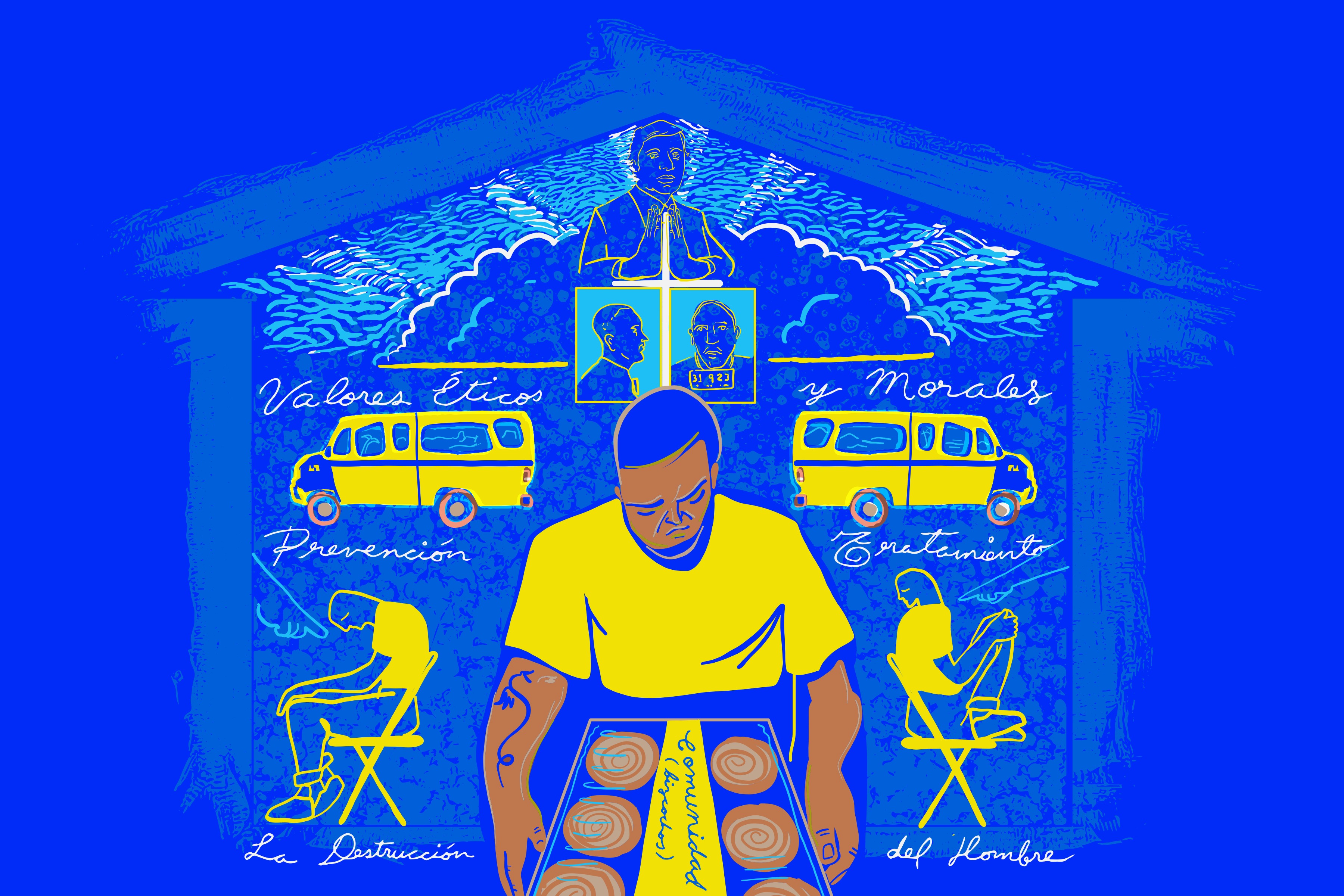 If you live in Puerto Rico, chances are you’ve seen people in bright shirts selling cakes door-to-door. They are not paid for their work as salespeople. In fact, according to the rehab program that they are a part of, they are not just selling cakes. They are actually engaged in a kind of therapy called “sales-and-representation therapy.”

There are as many as 60,000 people who inject drugs in Puerto Rico. That’s about 2 percent of the island’s population. Fentanyl, the synthetic opioid that’s responsible for the surge in overdose deaths on the mainland United States in recent years, has been ubiquitous in Puerto Rico’s heroin supply since Hurricane María. And while exact numbers for overdose deaths are hard to determine, the statistics around AIDS, HIV, and Hepatitis —diseases associated with injection drug use— are staggering.

Yet addiction services, hepatitis treatment and basic medical care are inaccessible to many of the island’s most vulnerable residents. Instead, many Puerto Ricans in need turn to an unorthodox rehab program.

For the last 50 years, the island’s largest treatment provider has been an organization called Hogar CREA. It’s a private, faith-based, abstinence-only residential program. Hogar means “home” and CREA is an acronym—it stands for Comunidad Para La Reeducación de Adictos (or in English: Community for the Re-Education of Addicts). Hogar CREA was founded in 1968 by a larger-than-life former heroin addict known colloquially as Chejuan. It grew out of a genuine need for addiction treatment, and flourished in the island’s religiously conservative climate.

Since the 1970s, CREA has played a central role in addressing the basic needs of many of the island’s poor and homeless people who use drugs, and has grown steadily. Now, Hogar CREA receives millions every year from local and federal government programs and grants, and owns more than $20 million in assets.

Today, CREA houses 1,500 people seeking addiction treatment on the island of Puerto Rico and has more that 150 centers throughout the United States and Latin America, housing anywhere between 3,000 and 5,000 residents worldwide. But in recent years, the Hogar CREA treatment model has come under scrutiny.

A recent study showed that Hogar CREA’s go-to addiction therapies: sales-and-representation therapy, confrontation “attack” therapy, and re-education actually make things worse for people who use drugs. Since the 1990s, there have been dozens of reported cases of physical and sexual abuse inside CREA’s walls, often times as a direct result of its therapies. Despite outcry from the island’s public health community, CREA is explicitly exempt from government oversight of any kind. They’ve never had to adhere to governmental overview to prove their therapies work. There are usually no professionals onsite like doctors, nurses or therapists at CREA, just peer mentors who have already completed the program.

In this episode, Latino USA explores how the rehab empire built on religion, unpaid labor, and confrontational methods continues to receives millions in taxpayer dollars despite allegations of physical and sexual abuse.

This story was made possible by a fellowship from Marguerite Casey Foundation, which supports low-income families in strengthening their voices and mobilizing their communities to achieve a more just and equitable society for all.