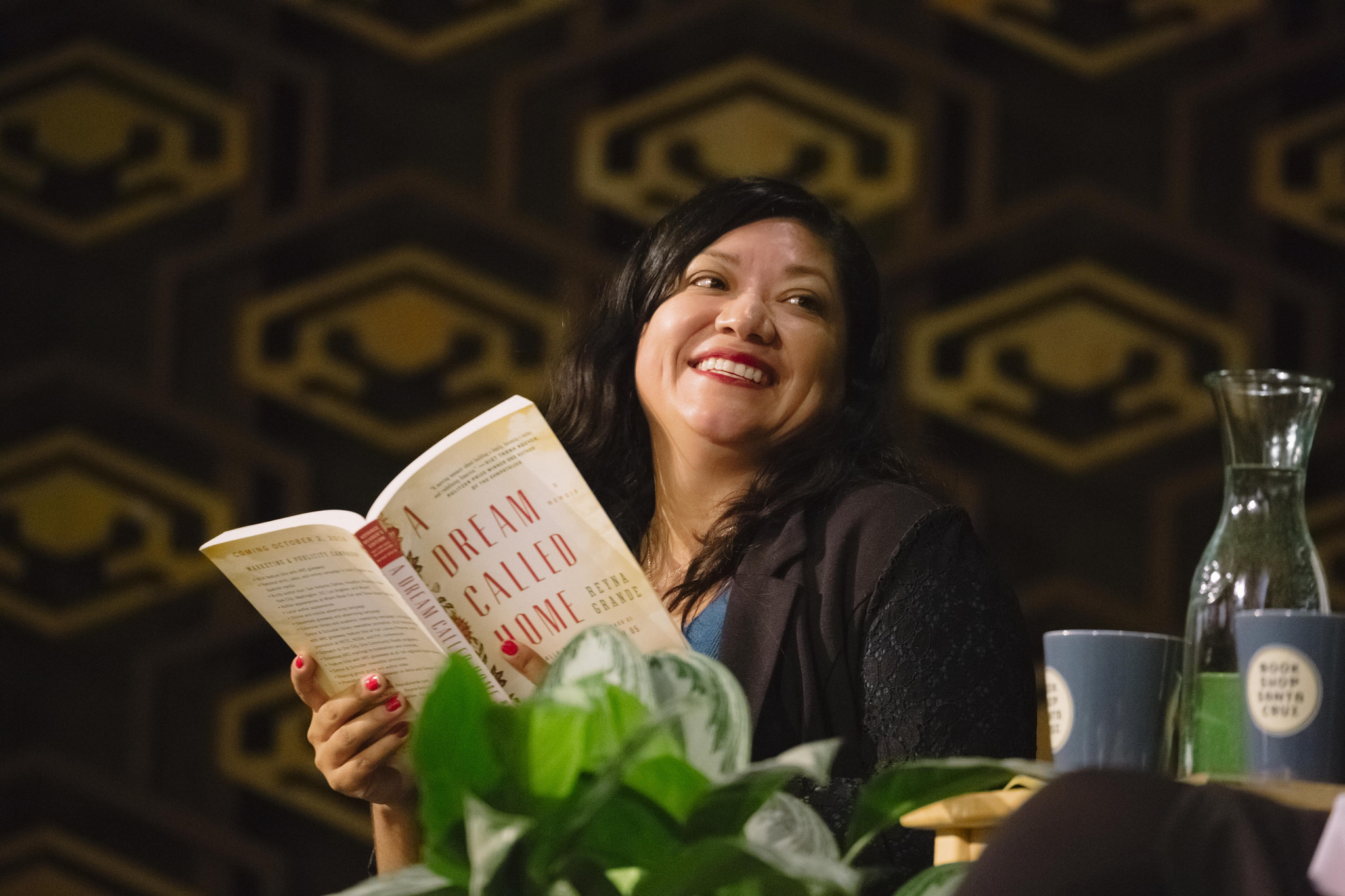 Reyna Grande came to the United States when she was just nine years old, carried on her father’s shoulders as he crossed the border from Mexico. This journey is detailed in her bestselling memoir from 2012, The Distance Between Us.

In 2018, Reyna wrote a sequel titled, A Dream Called Home, that begins with her arrival at UC Santa Cruz in 1996. She said it was a challenge to adjust to her new surroundings. The first time she stepped into a natural food co-op, she was baffled by the sight of tofu and longed for pan dulce, tamales and the other snacks she had grown up eating in Los Angeles. As a first-generation college student, she struggled to feel like she belonged.

It’s Reyna’s passion for writing that has helped her stay anchored. It’s also become a way to process her complicated relationships with her parents, and some of the trauma she dealt with at a young age.

We talk with her about her new book and how most of all, Reyna wants to let readers into her life. “My writing has taught me to celebrate everything I have gone through, everything that I am, everything that I have felt, and to not be ashamed of who I am,” she said.