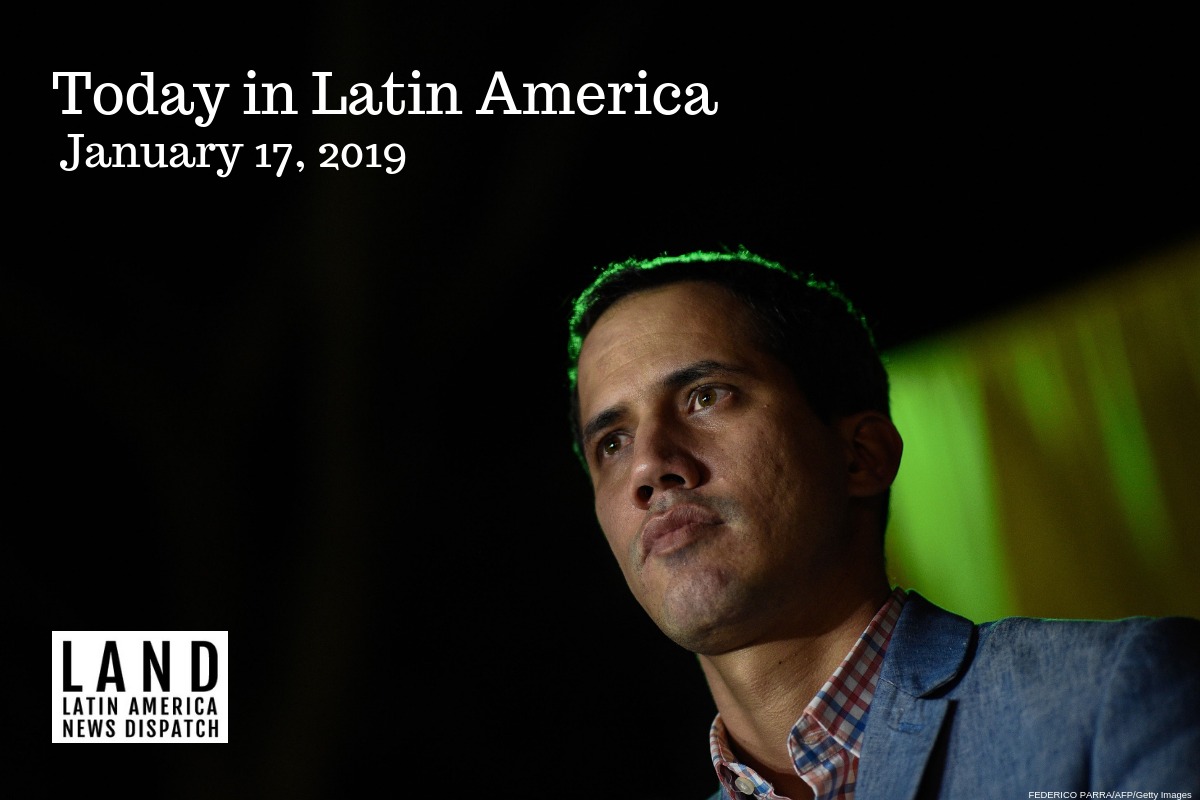 Additionally, two more resolutions were approved, the first one offering protection to members of the armed forces who support the transitional government and a second accord asking for foreign banks to freeze all bank accounts belonging to government officials until the contents can be audited.

However, despite the resolutions approved in Congress, support for Maduro within the government and the armed forces remains strong as he appointed generals as important heads in the Venezuelan government. Maduro furthermore argued that the assembly’s power was outranked by a previous constitutional assembly and by the Supreme Court, which ruled the National Assembly’s actions as invalid.

UNITED STATES: The Trump administration plans to expand juvenile migrant detention centers, starting in Homestead, Florida, where the government will increase the capacity of a “temporary shelter” that currently houses 1,1000 minors to 2,350 this month. Located on federal land, this makeshift shelter is not required to abide by state child welfare standards like permanent ones do.

HONDURAS: Since the beginning of 2019, at least 30 people have been killed in eight massacres across Honduras, casting doubt over the country’s security gains. Criminologists point to the ongoing territorial disputes between street gangs and drug smugglers as one of the reasons for this recent spike in homicides. Although violence has been decreasing since 2011, when it reached 86.5 for every 100,000 people, the homicide rate in the country for 2018 still remains at an alarming 40 for every 100,000 inhabitants.

COSTA RICA: On Tuesday, a New York Times article detailed the existence of Nicaraguan refugees living in clandestine shelters in the Costa Rican countryside. The article narrated how those persecuted by the Ortega government were brought into the country by a network of people who operate the shelters, hiding the refugees in these “safe houses.” Yesterday, the Costa Rican government launched an investigation into whether this network of people exists or not. Michael Soto, Costa Rica’s minister of interior, said that the country “does not allow its territory to be used in something that has to do with problems in a neighboring country.”

CUBA: The Cuban government and its Iranian counterpart have signed a new set of bilateral agreements on health, agriculture, energy, and sports. Havana held the 17th session of the Cuba-Iran Intergovernmental Commission, a two-day meeting that began on Tuesday and concluded yesterday with the ratification of 12 agreements.

COLOMBIA: The Colombian military announced its plans to rescue a group of employees of a global cash transfer company kidnapped last week. The captives were captured when their helicopter was forced to land in a remote area while carrying $500,000 on board. The military could not confirm which of the former guerrilla groups located in the region was responsible for the kidnapping but said they believed the captives to be alive.

PERU: The government declared a health emergency in Lima as thousands of gallons of sewage flooded one of the capital’s most populous districts. Many have been quick to point out that Odebrecht, the company known for region-wide corruption scandals, was responsible for moving the pipeline six years ago. Odebrecht officials refused to comment on the situation.