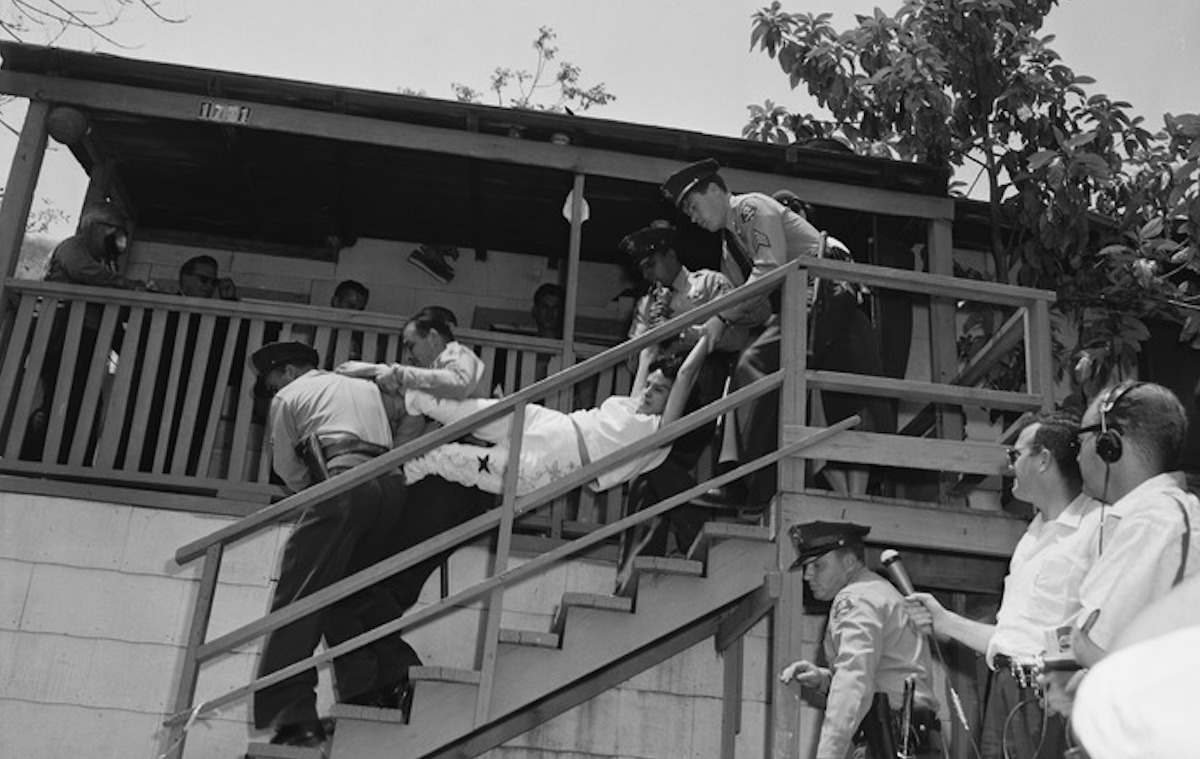 Vicente Montalvo grew up in Echo Park, minutes away from Dodger Stadium in Los Angeles. Little did he know, his family had history that was buried underneath the stadium that opened its doors in 1962.

His grandparents told him their story: how they grew up in the ’30s and ’40s in a community named Palo Verde, how they owned a home, and how happy they were among their neighbors in Palo Verde, La Loma and Bishop—three neighborhoods that made up a community called Chavez Ravine.

In the 1950s, the Chavez Ravine neighborhoods were cleared out—through the use of eminent domain—to make space for public housing. But those plans were soon canceled when Norris Poulson, a conservative Republican, entered the mayoral race in Los Angeles, ran on an anti-public housing campaign using Red Scare tactics, and won.

For years, the ravine sat in limbo, but a few families who didn’t sell their homes stayed. That was soon to change, when in 1958, the city reached a deal with Walter O’Malley, the owner of the Brooklyn Dodgers, to bring the team to Los Angeles, and to build their Dodger Stadium on the empty land in Chavez Ravine.

The final families were physically evicted and watched—with television news viewers across the nation—as bulldozers destroyed their homes.

Vicente’s grandparents sold their home and left right before the forced evictions. His grandparents are now in their 90s, and he’s still learning new stories about the old neighborhood. Vicente is a founding member of Buried Under the Blue, an organization that that’s dedicating to preserving the history of the three neighborhoods: Palo Verde, La Loma and Bishop—the parts that made up Chavez Ravine. The parts that now lie buried under Dodger Stadium.

This segment was originally broadcast on November 3, 2017.