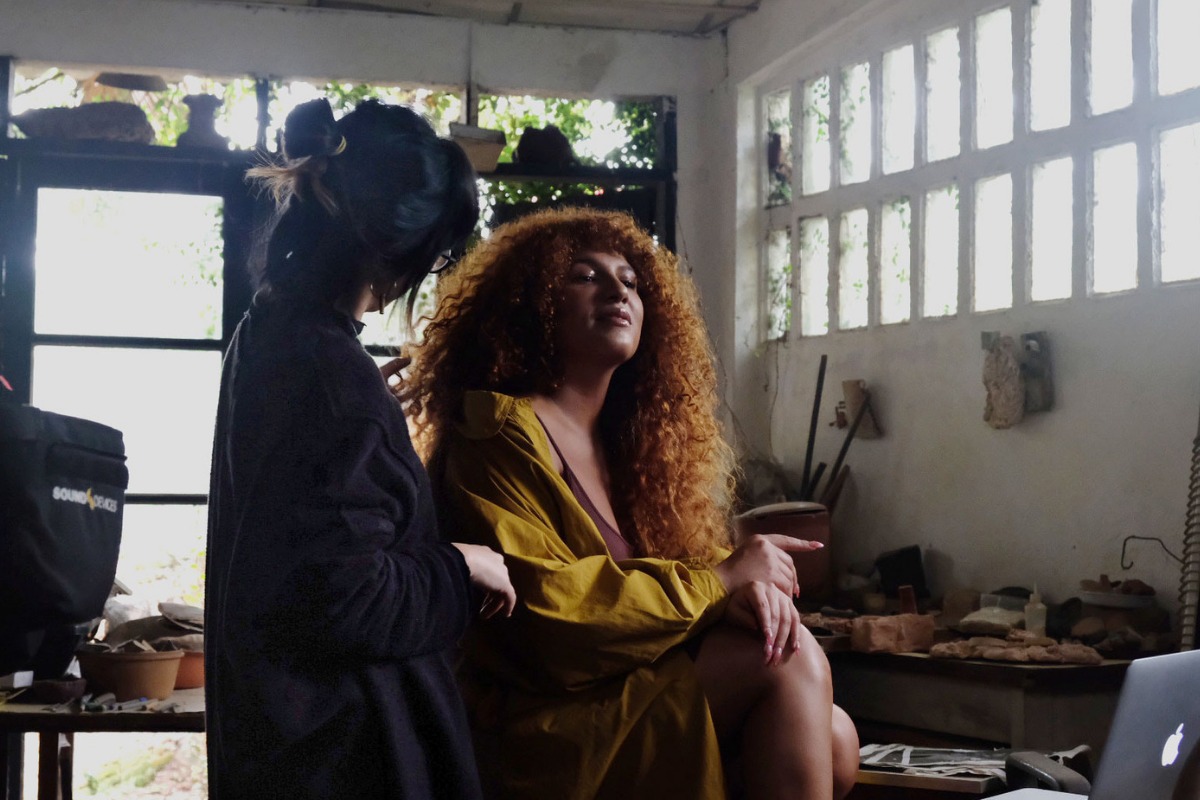 NEW YORK — As Brazil grapples with a new anti-LGBTQ president, its queer citizens are fighting President Jair Bolsonaro’s anti-LGBTQ policies by using art as a form of resistance.

In a collaborative effort supported by nonprofit creative collective Papel & Caneta (Paper and Pen), queer Brazilian artists produced “A Gente Vai Viver” (We Will Live), a music video that attempts to resist a heavily criticized president who once said he would prefer his “son to die in an accident than show up with a mustachioed man.”

“Music and art always held the role of strengthening people, and since we never had created a song before we felt like it was time to try something new and unexpected,” Papel & Caneta spokesperson  André Chaves said in an interview with LAND. “[We worked to] figure out ways to make all the people (people of color, LGBTQ people, low-income communities and other groups) who are suffering from prejudice or an act of violence feel that they are not alone.”

Similar to the U.S., Brazil faces rollbacks to recent gains for LGBTQ rights. However, as home to one of the world’s highest LGBTQ murder rates, the future of LGBTQ people in Brazil is particularly daunting. According to the nonprofit, 127 transgender people were murdered in 2016, an average of one death every three days. From 2016 to 2017, the murder rate increased by 30 percent amid growing anti-LGBTQ sentiments in the country. Bolsonaro’s win signals a growing global ideological shift, one that many queer Brazilians fear will obliterate any progress for LGBTQ rights and protections in the nation.

To address some of this dismay, and to empower those impacted by Bolsonaro’s agenda, several queer Brazilians developed a music video that explicitly resists homophobia. Four queer artists sing a rallying cry in an attempt to signal a bold resistance to the Bolsonaro’s ideology, using the idea of hope as a foundation for the work.

“Art has always been a form of resistance, normally led by people who didn’t fit in but still needed to communicate with the world,” video actor and singer Bárbara Eugenia said in an interview with LAND. “Making art is being political, but it’s the good kind that is productive and transformative.”

Prior to Bolsonaro’s win, some Brazilians, including AKQA art director and video consultant Gus Machado, began using social media and art to resist Bolsonaro’s rhetoric and rise and have a voice in such a pivotal time in global politics

“Music and art always held the role of strengthening people, and since brands have sometimes excluded themselves from important conversations like this, it is our role to try and help all the people that feel scared or who are in a vulnerable situation,” Machado, one of the music video art consultants, said in a statement.

Machado notes that creatives were particularly inspired to use art and pop culture as a form of resistance in part because of how they perceive the work of American activists. Machado pointed to the struggles of black Americans during the Jim Crow era and their ability to merge activism with media and literature as a source of inspiration for modern-day Brazilian activists.

“Somehow in Brazil, our history of social justice was not that widely depicted in pop culture until five or six years ago,” said Machado. “So, all the recent minority affirmation speech and public policies seemed like a new and strange idea that enraged conservatives and split people between those who think that they were necessary and those who do not recognize its legitimacy.”

This fear of difference that Machado cites could be viewed as both a cause and a result of Bolsonaro’s election. The president-elect ran a polarizing campaign founded in far-right, racist and homophobic ideals. Some of his more notable quotes during his time in government include calling black activists “zoo animals” and harassing a Brazilian Congresswoman by stating whether or not he’d rape her based on her looks.

“We are living here in Brazil, something similar to what Americans have lived with Trump’s administration,” Machado said. “But here it is even bigger, since Brazil is the country with the highest number of LGBTQI+ killings. We fear for our voice, our rights and our lives. What we are trying to do, as an act of resistance, is to unite, and as our song says: there are so many of us.”

As activists work to find new strategies to challenge the anti-LGBTQ rhetoric, some Brazilians are intrigued by the way marginalized U.S. citizens resistant to the Trump administration’s policies have been able to fight against the President Trump’s rhetoric, a figure some Brazilians see as synonymous with Bolsonaro. They look to the experiences of queer activists of color in the United States for clues on how to resist, and how to build new structures that serve all Brazilians.

“Brazil tends to look to the U.S. with some kind of admiration so, what they say may become an example here,” said Rodrigues. “If Americans can make celebrities raise their voices to stand by the LGBTQI+ in Brazil, the message will be much more powerful than if we had our own known people doing the same.”

In Brazil, NGOs and support groups are working together to offer aid to LGBTQ people that experience homelessness, abuse, or extreme poverty by offering legal advisory, safe shelter and psychological support. While the work of NGOs hasn’t gone unnoticed, some feel that there simply aren’t enough to address the needs of an estimated 20,000,000 LGBTQ Brazilians—roughly 8.35% of the population, according to Últimas Noticias. Creative data manager at SOKO Gabriela Rodrigues believes that support from those resisting similar policies and rhetoric in nearby countries help from the United States might just be what queer Brazilians need for resistance to go beyond music videos and social media initiatives.

“Many NGOs are afraid for the safety of their staffers,” Rodrigues says. “Therefore, Americans can help us by giving support through their institutions, which are more established and can even help remotely. Even the smallest help can make a huge impact right now.”

Regardless of where external support comes from, artists have made it clear that their Brazilian heritage is central to their activism and subsequent forms of resistance. Through their art, the team hopes marginalized citizens not only feel free, but that safer days are on the horizon.

“We wanted people to be upheld, but also to be encouraged,” writes Machado. “That’s why we say: ‘when the hope dies, it is the first to be reborn.”