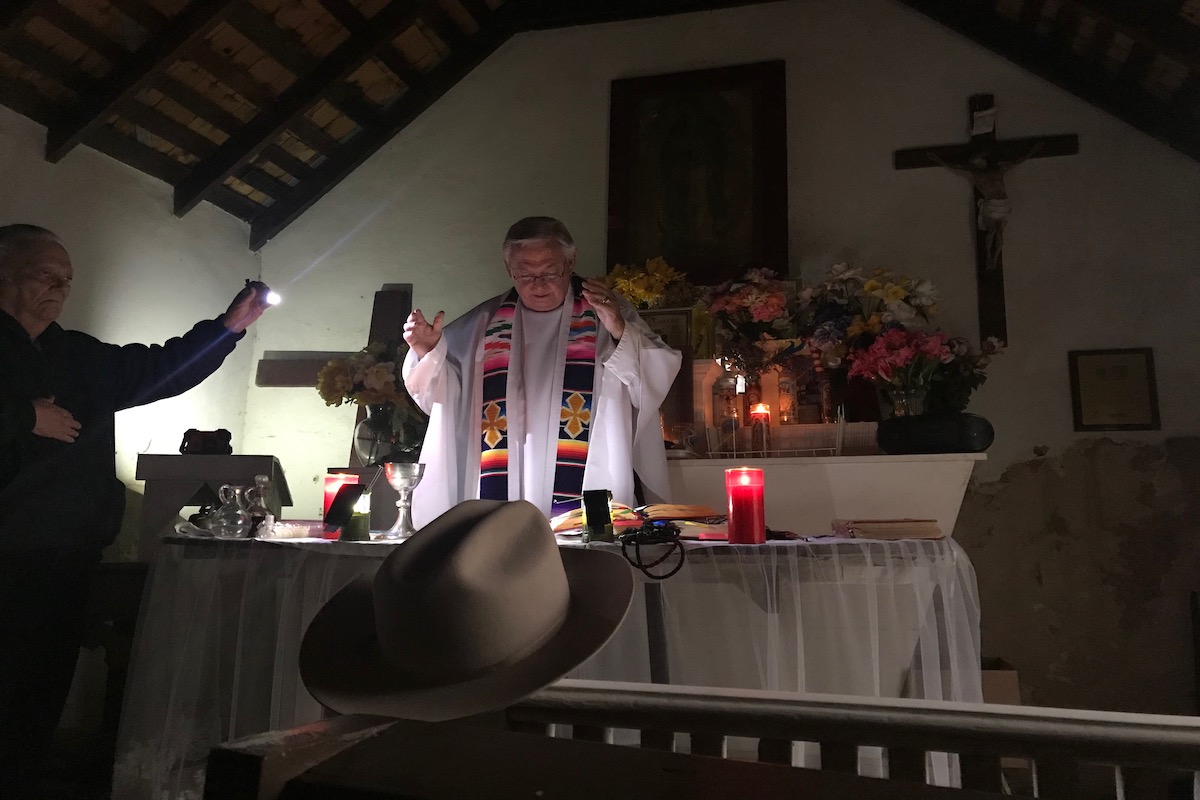 Over the past two months, President Donald Trump has been demanding funds from Congress to build his proposed border wall, which led to the longest partial government shutdown in U.S. history. Now, President Trump is reportedly asking Congress for more money, exactly $8.6 billion in wall funds.

As Congress and the White House continue to clash over the funding of the border wall, Latino USA heads down to the U.S.-Mexico border in Texas to visit the communities affected by the government’s decisions about the border and immigration.

Latino USA’s Maria Hinojosa and Maggie Freleng visit La Lomita chapel in Mission, Texas, which is being threatened by the possibility of a wall cutting across its property. They meet Roy Snipes, the “cowboy priest” who shows them the border by taking them on a boat ride down the Rio Grande.

Next, they visit a part of the border in Brownsville, Texas where the wall is already built and where a group of self-proclaimed “dragtivists”stage a protest. Finally, they spend time with volunteers who help asylum-seekers on both sides of the border.