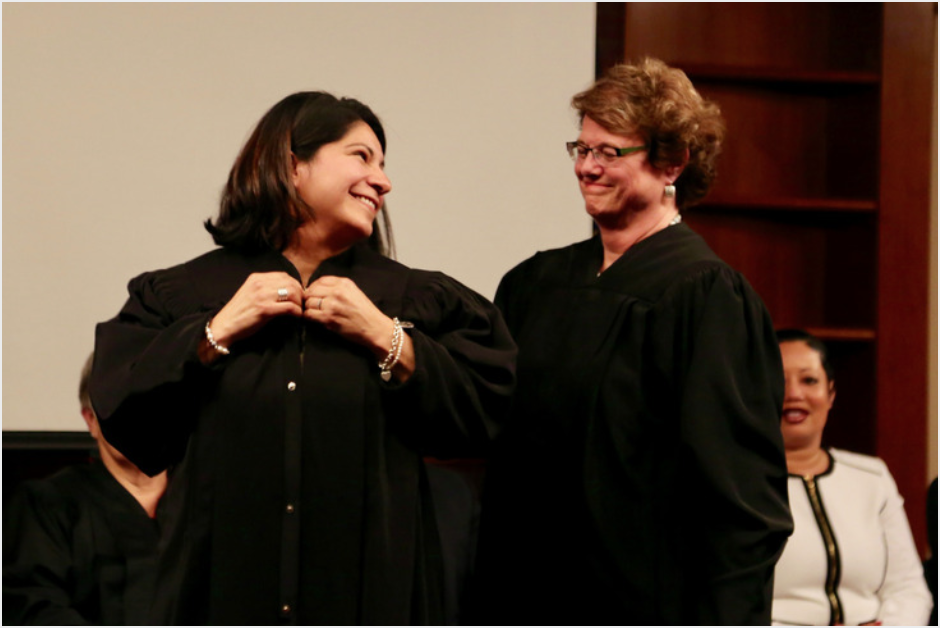 When she was nine years old, Xiomara Torres fled the civil war in her home country of El Salvador and came to the U.S. As a child she adjusted to her new life in East Los Angeles before she was removed from her family and put into foster care.

Today, Torres is a family law judge in Multnomah County in Oregon. In early 2019, a local Portland theatre company, Milagro, produced a play about her life called “Judge Torres,” which is currently touring schools and colleges nationwide.

In this edition of “How I Made It,” Judge Torres shares how she overcame the hurdles of the foster system and made her way to the Oregon Circuit Court.

One thought on “How I Made It: From Foster Kid to Judge”