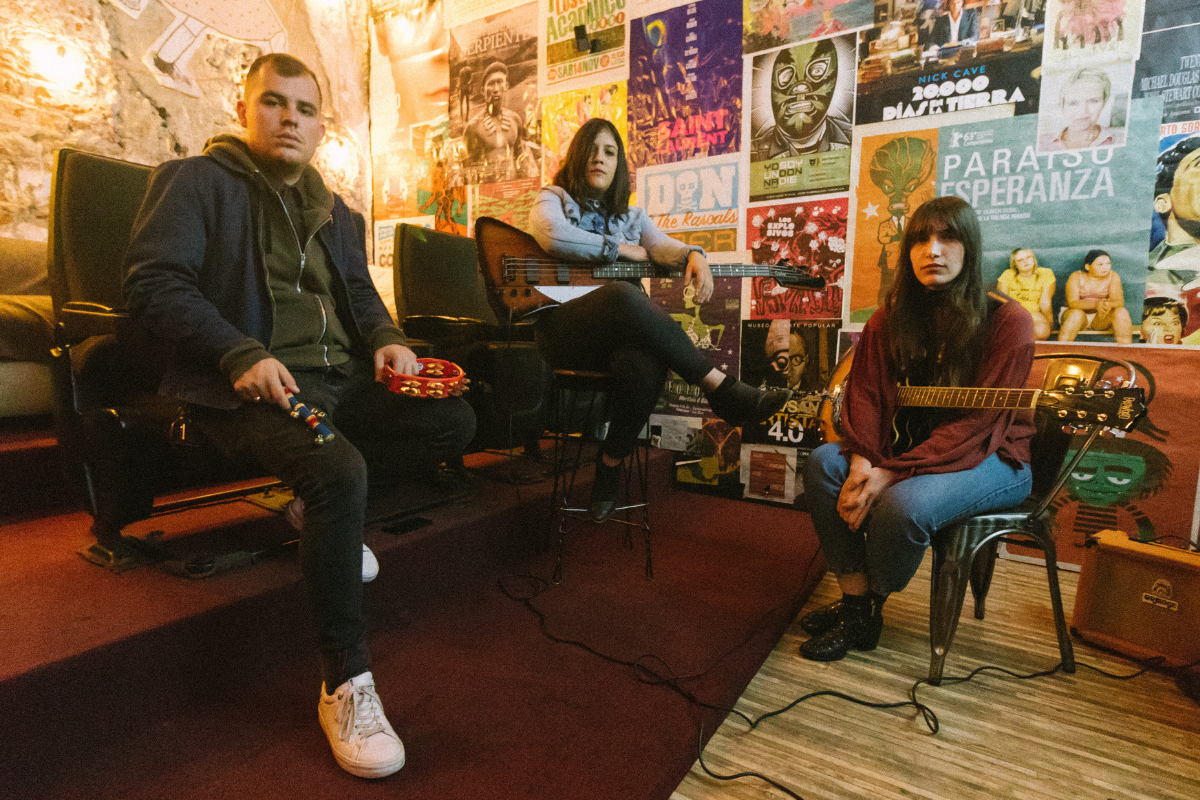 Indie rock and psychedelic pop band Las Robertas will be releasing their latest EP Together Outrageously on April 5—with a first exclusive listen on Latino USA.  Hailing from San José, Costa Rica, Las Robertas boasts a sound inspired and influenced by ’70s American and British rock, and ’80s and ’90s indie pop. The band, formed by the trio Mercedes Oller (vocals and guitars), Sonya Carmona (guitars) and Fabrizio Durán (drums), will make history this year by becoming the first Costa Rican group to perform at Coachella.

“We feel very happy and proud, since the song on it, ‘Together Outrageously’, means a lot to the band,” members of Las Robertas told Latino USA. “We had a crucial presidential election [in Costa Rica] last year and this is how the song came to be, it really stands for a lot of things that we believe and fight for, such as gender equality, women’s rights, and peace.”

Together Outrageously features three songs with the band’s unique yet familiar and nostalgic sound, all shedding light on their home country’s current political moment. In the title track “Together Outrageously” they sing, “There’s nothing around that can stop us now, and it feels like we’re drowning alone, but in pieces together we’ll go.”

Las Robertas (aka The Robertas) recorded the EP ahead of their Coachella performance, in hopes of using the large platform to showcase their new sound.

“We feel super proud of representing our country, Costa Rica…we’re also the first Central American band to play it and female fronted band from the region,” said Las Robertas, “It’s such an honor and a big responsibility.”

Listen to “Together Outrageously” here: