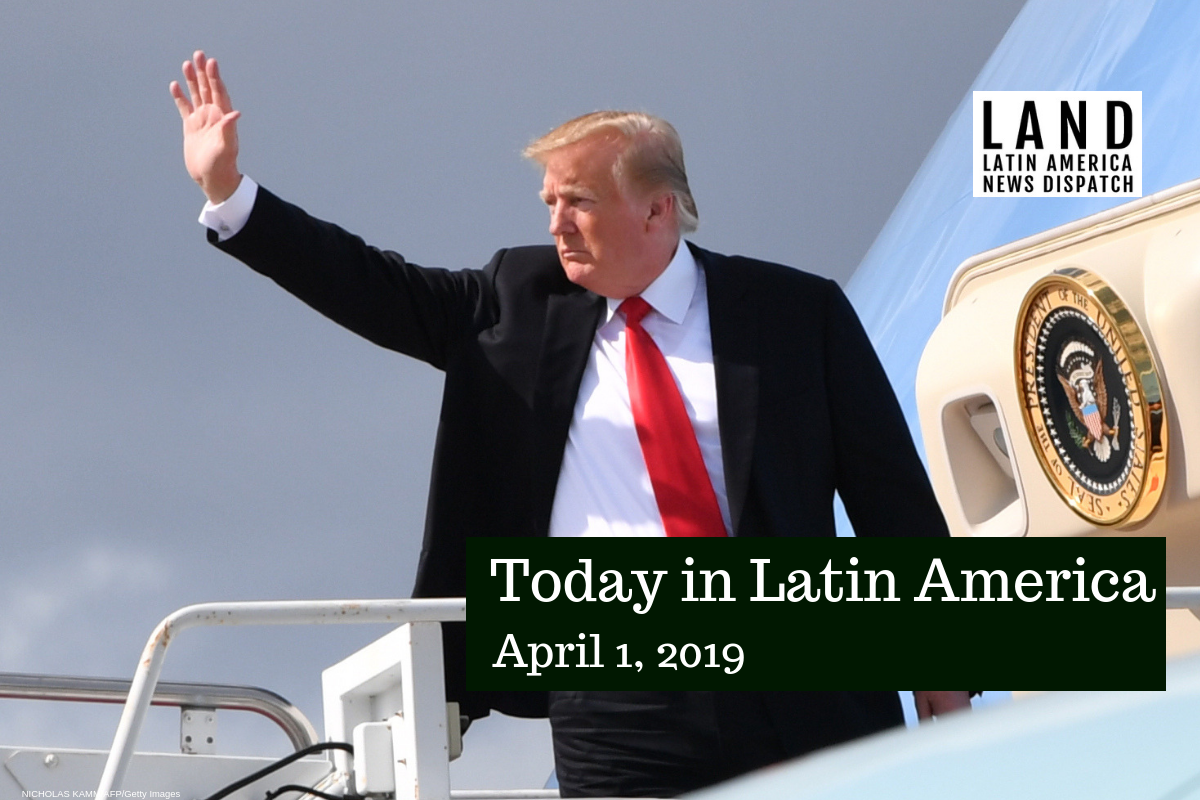 REGIONAL: The Trump administration has vowed to cut funding to three Central American nations for having failed to avert migrants from crossing over to the United States. President Donald Trump announced his decision on Saturday at an event in Florida, stating that the Northern Triangles countries —Guatemala, El Salvador and Honduras— “have not done a thing” regarding migration. The countries would lose over $500 million in foreign assistance for fiscal year 2018 and the remaining of 2017. Recent funding cuts run counter to a multilateral agreement signed with the Central American nations and Mexico on March 28, where all involved parties pledged to develop a regional approach to stem the root causes of migration.

Acting White House Chief of Staff Mick Mulvaney has supported the policy adjustment, stating that the U.S. is living a “humanitarian and security crisis” at the border. Apprehensions of illegal immigrants hit a 10-year high in February. Border authorities say this immigration surge at the U.S. southern border is at a “breaking point” and expect the number to increase this month. The governments of the Northern Triangle, threatened by the Trump administration in the past, have not issued a statement in response to cuts in aid funds.

BORDER: U.S. President Donald Trump announced he would shut down the U.S.-Mexico border next week unless Mexican authorities halted illegal immigration. Members of his cabinet have stated that this decision “is not a bluff,” whereas detractors have underscored how this decision would have a negative impact on the U.S. economy. The U.S. Chamber of Commerce said that closing the border, through which $1.7 billion in goods pass daily, would be “an unmitigated economic debacle.” Following Trump’s comments, Mexico Foreign Relations Secretary Marcelo Ebrard tweeted that Mexico “does not act based on threats” and is seeking to abide by the Marrakech Pact on Migration.

REGION: The ratification of the U.S.-Mexico-Canada (USMCA) trade accord will likely be delayed following bipartisan concern from Congress. Senator Charles Grassley (R-Iowa) has insisted that Trump lift the steel and aluminum tariffs placed on Canada and Mexico. But Trump’s advisors reportedly refused to do so until Canada and Mexico accept quotas on their metal exports. On the other hand, Democrats are looking for a rewrite of enforcement and prescription drug provisions. Lawmakers are hoping to cement a trade deal for congressional vote by the summer.

CUBA: On Saturday, a new $1.2 million conservation center built in honor of American author Ernest Hemingway opened to the public on the outskirts of Havana. Built on the grounds of Hemingway’s home, where he lived from 1939 to 1960, the center contains artifacts that accompanied the acclaimed author before his death in 1961. Boston-based Finca Vigia Foundation and Cuba’s National Cultural Heritage Council started construction in 2016, marking a multi-year cooperation between U.S. and Cuban institutions. The center houses his 10,000 letters, about 9,000 marked up books and over 5,000 photos.

NICARAGUA: On Saturday, a day after the Nicaraguan government promised to release political prisoners and allow public demonstrations from the opposition, the National Police arrested 11 protesters and shot four people that tried to flee the scene. Around 150 people congregated in downtown Managua and were allegedly repressed by local security forces, who shot tear gas at them. The opposition, known as the Civic Alliance, issued a statement condemning the government for violating the agreement made as part of the peace negotiations.

El SALVADOR: A caravan of 40 Salvadorans left for the United States on Saturday. However, days before its departure, Mexican Secretary of Interior Olga Sánchez Cordero said “over 20,000 migrants” were expected to join the “mother of all caravans” by the time it reached Mexico. Although authorities remains unsure whether migrants from neighboring countries will join on the way, the Honduran Foreign Minister denied rumors of her country’s involvement. Mexican authorities prepare to stop the caravan at the Tehuantepec isthmus, close to Mexico’s southern border with Guatemala.

VENEZUELA: On Friday, the Red Cross finished negotiating a deal with representatives from opposition leader Juan Guaidó and President Nicolás Maduro that would allow humanitarian aid to enter the country. In a press conference, the president of the International Federation of the Red Cross Francesco Rocca said that the first shipment of aid could reach the country by mid-April. The package will include medical equipment and power generators. On Saturday, Guaidó rallied support in the populous state of Miranda, as Maduro held an “anti-imperialist” demonstration in the capital.

PERU: On Friday, authorities released the leader of an Indigenous group that had been blocking access to a Chinese-owned copper mine in the southern province of Cotabambas. Gregorio Rojas, the president of Quechua-speaking group Fuerabamba, was arrested last week after being accused by police of attempting to extort the Chinese mining company MMG. Rojas was released in Lima without charges but his three lawyers remained in custody. Protesters camped on the road leading to the mine in the mountain town of Challhuahuacho said they would not leave until the lawyers are released. In response to the local blockade that started in February, Peruvian authorities had previously declared a state of emergency in the Andean community on Friday.

BRAZIL: On Saturday, a federal judge overruled a court ruling that blocked President Jair Bolsonaro’s 55th anniversary celebrations of the 1964 coup that began a 21-year military regime. Judge Maria do Carmo Cardoso permitted the administration’s argument that the country could support a “pluralism of ideas” after a judge banned the celebrations on Friday. Bolsonaro has praised the military regime that executed hundreds and tortured thousands. Meanwhile, Bolsonaro traveled to Israel for a four-day trip yesterday and is expected to decide whether to move the Brazilian embassy from Tel Aviv to Jerusalem.