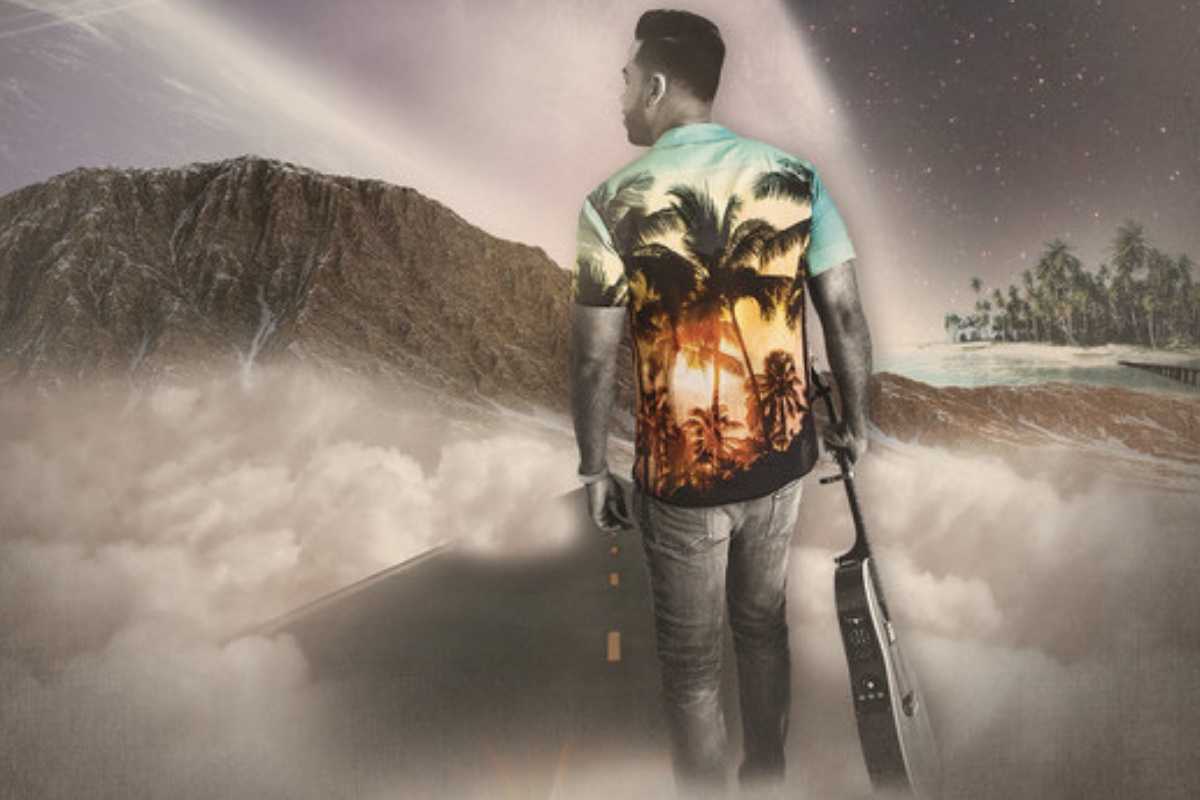 The bitterness of love recognized as amargue cannot escape Romeo Santos in his newest album Utopia. “Maldito sentimiento” (“Damned feelings”) he sings, both as a sorrow and an affirmation in the 13-track ode to bachata. Utopia imagines a world where perfection exists in the arms of a loved one, dancing closely to a rhythm that has pulled at the heartstrings of millions of his fans.

To the general public, Santos is a sensation, often labeled a “Casanova” for wooing listeners with his romancing ways, sprinkling catchphrases like “let me find out” or “tú Romeo mami” (“your Romeo mami”) throughout his songs.

But to his fellow Dominicans, he is a beloved figure, a hero of sorts who made the small nation and its diaspora feel seen across the world. That he dedicated his latest album to his country, and the music that birthed him, bachata, makes Utopia cathartic in a world where folkloric genres often become sterilized by the pop music machine.

Santos rose through the ranks and defied expectations, all while sticking to a genre far from pop, or the more traditionally accepted salsa. As he landed features with Drake, Usher and Marc Anthony, he turned them to bachata before ever switching his own style—they adapt to him. Utopia feels like the moment where his unrelenting loyalty to bachata reaches a new peak, as he heralds it in into the world in its purest, classic form.

From the album’s onset, Santos begins with a rendition of the merengue classic, “Dominicano Soy” (“I Am Dominican”), reminding fans that while reggaetón may have the spotlight on the international stage, bachata is here to stay. (Not that it ever left to begin with.)

An unapologetic tribute to the genre’s roots, Santos’ new album features collaborations with some of bachata’s biggest names, from genre godfather Antony “El Mayimbe” Santos, to male-female duo Monchy y Alexandra. All of these are the very artists Dominicans hold dear. Yet most exciting of all is the reunion of Aventura, the band of heartthrobs that helped launch Santos’ career, and most importantly made bachata’s mark on the global pop mainstream during the 2000s.

Seeing as the entire album is a nod to his own musical genesis, it was only fitting that Santos brought back Aventura 10 years since their separation. With their surprise comeback single, “Inmortal,” Aventura makes their agenda clear: to inspire tears and romance stubborn hearts. The song opens with a soft-melody on guitar strings, before Santos reminds us “Tu grupo favorito”  (“your favorite group”) before going on to describe a poignant romance. (“Nobody understands how this love works,” Santos sings. “Nothing destroys it.”)

From the emotional lyricism that will likely trigger countless drunk texts between ex-lovers, to Lenny Santos’ infectious guitar riffs, “Inmortal” is not just a ballad to a lady, but to bachata: describing an infatuation that cannot be escaped. Placing it at the very end of the album is a statement of sorts: “It’s like we never left,” Romeo says.

Yet while Aventura stole the press cycle, slow tracks like the Joe Veras-featured “Amor Enterrado” (“Buried Love”), or “Los Últimos” (“The Last Ones”) with Luis Vargas, are ripe with the deeply heartfelt songwriting that have made the genre timeless. Meanwhile, Romeo defers to the veteran Antony Santos in “Bellas,” a duet of monumental proportions.

“What do you think, my son?” Anthony asks, before Santos confesses that he’ll spend a fortune making women’s dreams of having the moon come true.

While Santos could have tapped the likes of Ozuna, Daddy Yankee or other international acts like he did on Golden, in Utopia he opted to pay respects to the very legends within a genre where artists had to fight for that very recognition. Much like the Puerto Rican-Panamanian hybrid genre reggaetón, bachata and its Afro-diasporic working-class origins were once derided by the nation’s elite. Born in the Dominican Republic in 1960s, bachata was a genre that gave working class people a voice to release their sorrows, yet the ruling class was quick to dismiss its contributions to the country’s cultural makeup. In 2012, noted bachata singer Zacarías Ferreira spoke out against such bias, saying the genre was still being discriminated against, and alleging that some social clubs asked him to do balada renditions of his hits.

It wasn’t until 2015 that a law was passed, turning bachata into part of the country’s official cultural patrimony.  Yet by then, bachata had well permeated mainstream Latin pop —catapulting young acts like Prince Royce to global acclaim— and attracting non-Dominican pop artists like Shakira, Thalía and even Drake to briefly join the wave. By that point, Santos had already surpassed what was considered possible for a bachatero, as the music mogul’s career had reached a historic zenith when he managed to sell out solo shows at Madison Square Garden and the Yankee Stadium—not once, but twice.

“Inmortal” emphasizes Aventura’s own everlasting impact, 17 years after their 2002 smash hit, “Obsesión,” once topped charts all over the world. With their distinctive, R&B-inflected style dubbed bachata urbana, Aventura took the genre to horizons others had failed to reach. Aventura’s last album adequately titled The Last, was released in 2009. The group announced their official separation as Santos pivoted to a solo career in 2011. For fans, their separation was the end of an era, leaving hits like “Dile al Amor” and “Mi Corazoncito” behind as the group’s lasting legacy. In 2016, they reunited for a residency at the United Palace, right at the center of the Dominican community of Washington Heights.

Today, as the world collectively opens its ears to other Latin genres, bachata continues to be omnipresent in Dominican Republic. Younger acts have also joined the scene, like Latin Grammy Award-winning singer Vicente García, who has reimagined the genre with singles like “Bachata en Kingston.” Meanwhile, women are also making their own bachata breakthroughs —take Natti Natasha and her 2018 single “Quien Sabe”— as well as Andre Veloz, whose “Eta Que Ta’ Aquí” infuses bachata with her unique take on the blues, creating an invigorating sound.

Even reggaetón star Bad Bunny’s bachata-trap collab with El Alfa, “La Romana,” may have already foreshadowed bachata’s resurgence into radio play. Bad Bunny’s X100PRE and Aventura’s “Inmortal” make another clear statement: while some fads come and go, these genres are eternal staples of Caribbean music and culture. Even as reggaetón’s biggest names are increasingly not of Afro-Caribbean background, Santos breaks that paradigm with Utopia by sticking unapologetically to his Quisqueya roots.

Romance —and its most natural outcome, heartache— both thrive within the one genre that can hold that complexity: bachata. In Utopia, Romeo Santos sits on the throne as the genre’s rightful king, and sings “I’m a bachatero, it’s in my blood.”