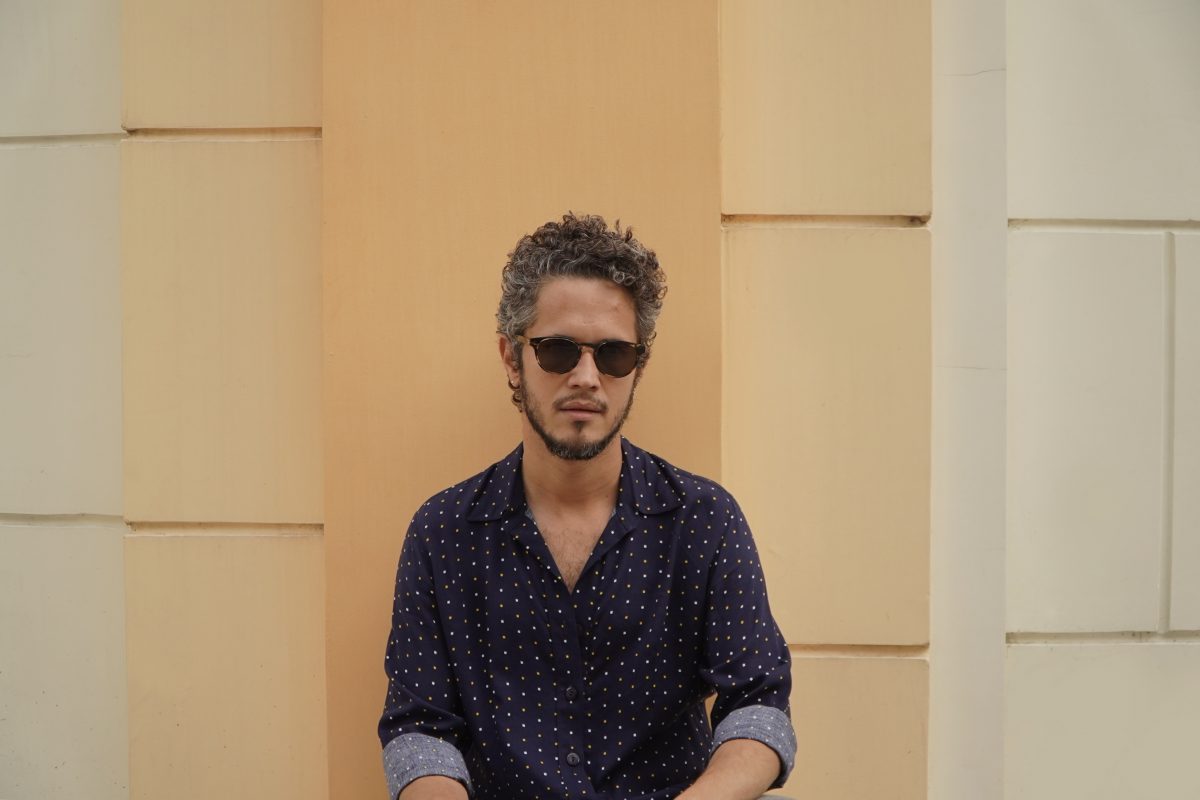 Vicente García had a fiery 2018. His latest duo with mentor Juan Luis Guerra, “Loma de Cayenas,” landed him his first Billboard top 10 Tropical Radio hit. And he’s adequately naming his upcoming album Candela: a project that embraces both hot tracks that bring audiences to their feet and warm ballads that have become a staple for García.

Right before his concert for Sirius XM’s “Front Row,” García seemed very relaxed, a chillness that stood in stark contrast to the high energy of New York City and the few people preparing his set in the studio.

“I’m having a lot of fun at concerts. Five days ago, we began playing some songs from the album Candela and the song ‘Candela,’ and the show has completely changed,” he told Latino USA. “Now it’s a dance floor, and everyone is having a blast. Ourselves. The musicians. We’re basically laughing among ourselves because of that way of perceiving and interpreting what we admire about my country’s culture.”

Candela is infused with García’s unique take on folkloric Afro-Dominican sounds like merengue and bachata, combined with electronic sounds and other musical genres like funk and trap. Living in Bogotá for over six years, the singer’s accent seems unchanged while his love for his country and his “antillano” identity have certainly continued to be key in his music.

“In Dominican Republic, I’m Vicente. In Bogotá, I began to be called the Dominican who arrived. People call me the ‘arahuaco,’ the ‘antillano.’ Even though it’s a joke, it began flourishing in me a feeling of wanting to extol my culture and bring it to my surroundings,” he said.

García returned to the studio with Eduardo “Visitante” Cabra for the album. He also dug deep into the Dominican library’s archives to explore merengue’s origins. The search led him on a journey through early merengues of the 60s and 70s, as well as the distinct sounds within the genre.

“It was beautiful,” he said of the experience, amazed at what he found, “It opened my mind. I didn’t take anything directly, but I did begin to understand that I could do merengue in other forms.”

“I found recordings with very different forms of making merengue that maybe are not known now because merengue arrived at a very specific instrumentation that hasn’t changed in 20 to 30 years,” García added.

His new take on old merengue is evident in the title track “Candela.” Much like his previous work, A La Mar, García says that he continues to take on different characters and personas, beyond being himself. For “Candela,” he explains that “it’s not me, it’s a campesino.” The song celebrates merengue’s rural roots, down to the nasal chorus, where he sings “slow fire that burns me little by little.”

“In the end, that’s what it’s about, being playful,” he said. García experiments with other rhythms in the album, with singles like “Ahi Ahi,” an unlikely and mesmerizing fusion of bachata with trance sounds and trap. Other tracks like the interlude “Contracanto” are all about using his vocals as the main instrument.

With Candela, García is exploring new merengue and bachata fusions, creating border-defying rhythms, but his soft, guitar-ballad style remains. He creates a sonic experience that he embodies as a Dominican man living away from his natal home. One that resembles the warmth of the Caribbean, amidst high energy and parties that last hasta las quince—that is until 3 a.m. (or later).

“I’m not only advocating for rescuing rhythms, but rather doing what I feel in my heart, and I do want to create other sounds in the future,” García said. “That way of making music I think allows me to have fun, and in the end, that’s what matters.”