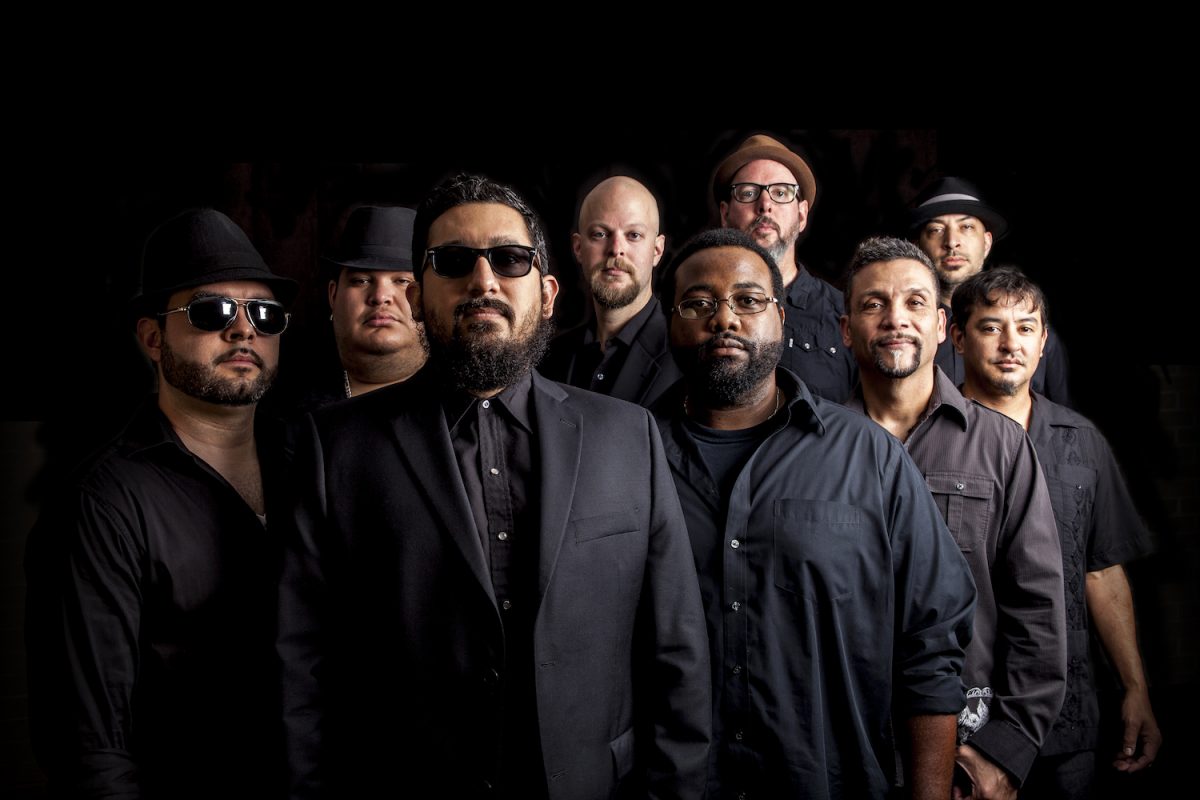 Grupo Fantasma began when a group of young but accomplished musicians, mostly Mexican-Americans from Laredo, Texas, got their hands on a compilation of old-school Colombian cumbias and decided to form a band to play at bars in Austin. Little did they know they were on the early cusp of a hipster revival for cumbia music that would lead people all over the U.S. and Latin America to take a new look at a genre that had long languished in the back of their parents’ and grandparents’ record collections. Over time, the band added members and infused their cumbia with sounds and sensibilities from rock, funk and other styles. They quickly became an institution in Austin and beyond—even becoming an on-call backing band for Prince for a few years.

Almost 20 years since their founding, Grupo Fantasma is still here and have just released their seventh album. It’s titled American Music, Vol. 7, and while the album reliably delivers the immaculately-arranged Latin funk that the band is best known for, they’re also trying their hand at something new, namely: politics.

The band recorded the album at a studio in Tornillo, Texas—and after discovering that ICE was running a notorious tent city for detained immigrant youth in the same town, the band decided they needed to say something about it. On one of the song’s stand-out tracks, titled “The Wall,” the band teams up with fellow legends Ozomatli and Locos Por Juana to tackle the themes of the border and the anti-immigrant rhetoric coming out of the Trump administration.

In this edition of “How I Made It” —stories about Latino creators and the work they make— Greg Gonzalez and Beto Martinez of Grupo Fantasma unpack the creative process behind their track “The Wall.”