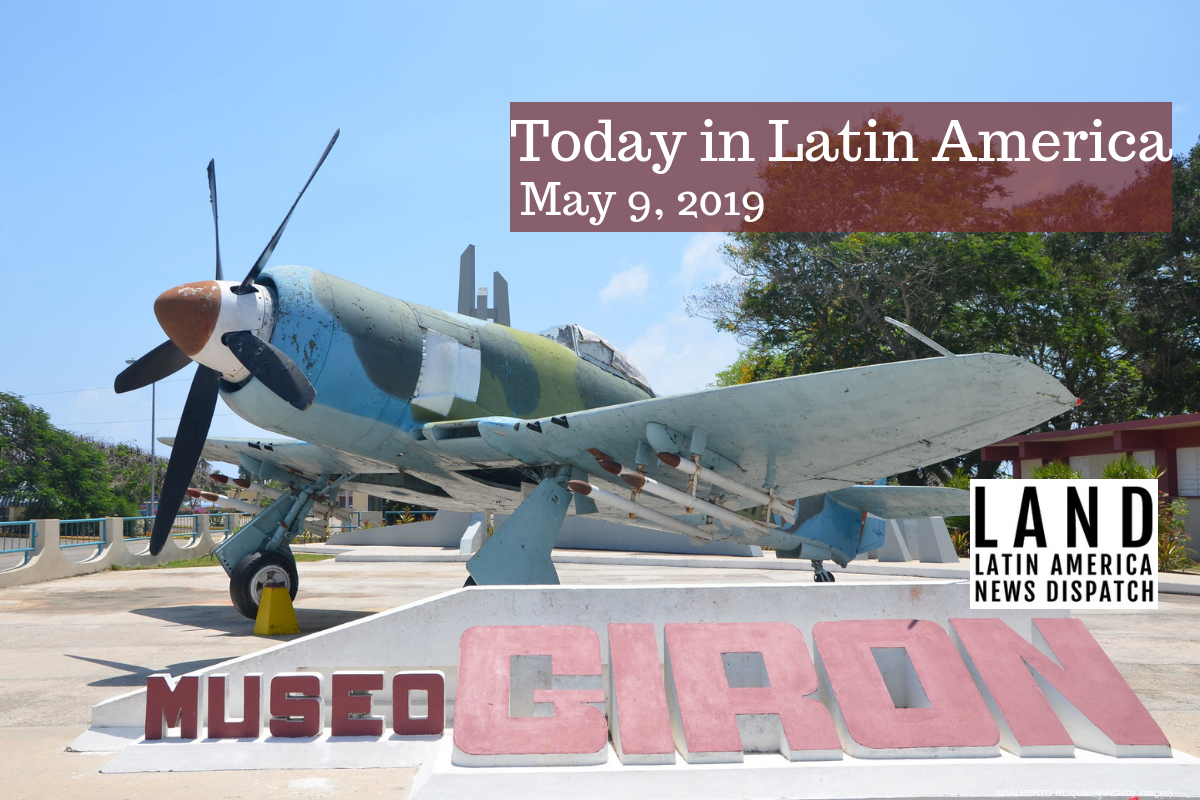 The Museo Girón at the Bay of Pigs in Cuba documents the 1961 U.S.-led invasion of Cuba. (Photo by Lens Envy/Flickr)

CUBA: A Cuban combat pilot was released yesterday after serving the longest-ever U.S. jail term for a non-violent marijuana conviction. Antonio Bascaro served 39 years in the Miami Federal Correctional Institution for participating in a smuggling operation in 1977 consisting of 270,000 kg (600,000 lbs) of Colombian marijuana. In 1980, he was arrested in Guatemala and handed over to the Drug Enforcement Administration (DEA), then charged with conspiracy to import and distribute marijuana during a trial in Georgia.

Bascaro, 84, is a U.S.-trained anti-communist veteran who fought for Fulgencio Batista against Fidel Castro. He studied aviation in Florida, received CIA training in Guatemala and participated in the Bay of Pigs invasion in 1961. Bascaro now faces deportation to Cuba as a non-U.S. citizen with a felony conviction.

UNITED STATES: U.S. Immigration Customs and Enforcement (ICE) has spent more than $1 million on iPhone hacking equipment from tech company Grayshift, a world leader in hacking technology. ICE’s purchase marks the largest sum of money spent on iPhone hacking equipment by any government agency seeking access to local records and is also Grayshift’s largest publicly known contract. The deal comes after several reports of ICE agents allegedly searching phones at the border without warrants. The ACLU is currently building a court case against the agency with documents that show ICE is “asserting near-unfretted authority.”

U.S.-MEXICO BORDER: On Tuesday, a federal appeals court ruled that the Trump administration can continue returning asylum seekers to Mexico to await their case hearings. The ruling reversed a previous order that would have prevented asylum seekers from being sent to Mexico while the policy, known as the Migration Protection Protocols (MPP), is debated amongst lawmakers. The MPP could potentially be argued in front of the Supreme Court soon.

MEXICO: Mexican President Andrés Manuel López Obrador has announced his desire to direct U.S. funding to Mexico towards programs that will create jobs and address the migration crisis in Central America. During a daily press conference on Tuesday, AMLO claimed that an agreement known as the Mérida Initiative, which was created by the U.S., Mexico and Central America to combat drug trafficking and other crimes, has not been working. AMLO also stated that he is currently making progress on an agreement with the U.S. regarding this redirection of funds.

BELIZE: Belizeans voted on a referendum yesterday regarding whether an international court should settle a centuries-old territorial dispute with Guatemala. Both the ruling United Democratic Party (UDP) and the opposition have promoted the “yes” campaign to finally resolve the issue at the International Court of Justice in the Hague. Since 1859, Guatemala has claimed that over half of Belize’s territory belongs to it, according to a treaty with Great Britain. Results of the referendum are expected today.

GUATEMALA: Prosecutors have opened an investigation into the judge who ordered an arrest warrant for presidential candidate Thelma Aldana. Judge Víctor Cruz allegedly accepted bribes to issue the arrest warrant of former Attorney General Aldana. Cruz is said to have received protection from the SAAS, the Guatemalan agency charged with protecting members of the executive branch. Aldana’s arrest warrant remains active.

VENEZUELA: The president of Venezuela’s Supreme Court, Maikel Moreno, responded to threats of U.S. sanctions yesterday by opening criminal investigations into another three opposition lawmakers. The court already opened cases of treason against six opposition leaders on Tuesday. According to Foreign Minister Jorge Arreaza, the U.S. has illegally appropriated at least $4 billion through sanctions.

BRAZIL: Brazilian President Jair Bolsonaro signed a decree on Tuesday that eased restrictions on gun ownership. Under the new measures, gun owners can now buy up to 5,000 rounds of ammunition, up from 50 rounds, and low-ranking military officials will be able to own a gun after 10 years of service. The decree also allows foreign gun manufacturers to enter the emerging gun market. At a gun fair in April, Brazilian defense minister Fernando Azevedo e Silva said that he sees the market as “very relevant for economic growth.” Bolsonaro has kept true to a key campaign promise to ease gun laws in crime-riddled Brazil.

BRAZIL: The human rights commission of Rio de Janeiro’s legislative assembly blamed the state’s governor Wilson Wetzel for a surge in police killings yesterday. In the first three months of this year, 434 people have been killed by police. Wetzel, a political ally of Bolsonaro, defended his harsh security tactics saying that he has no other option but to use “maximum toughness in the fight against organized crime.”