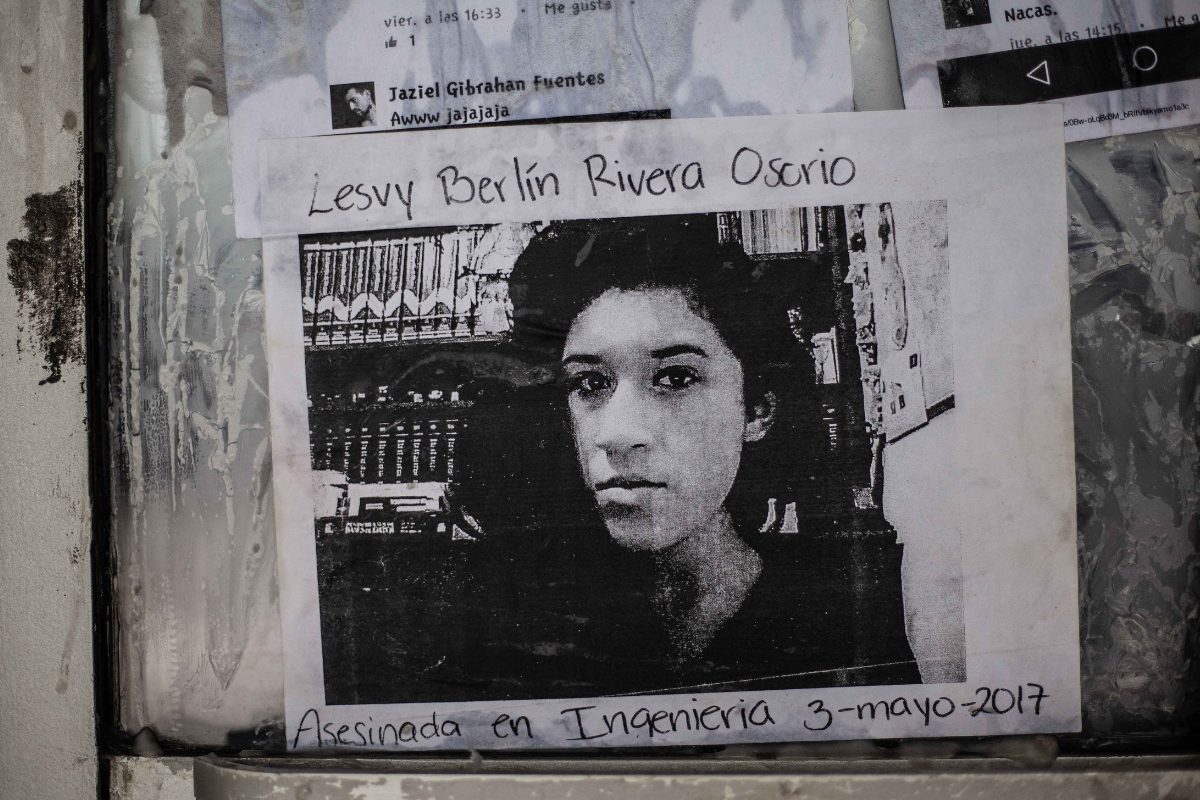 On May 3, 2017, a young woman named Lesvy Berlín Rivera Osorio was found dead on the campus of UNAM, the National Autonomous University of Mexico. The death was shocking for a few reasons: she had been found strangled with a payphone cord wound around her neck, and the campus of UNAM, a prestigious university with hundreds of thousands of students, is considered to be generally safe.

After her mother, Araceli Osorio, identified her body, the Mexico City Attorney General’s office sent out a series of tweets. They tweeted that the dead woman had been identified, but they also did much more than give just the facts of Lesvy’s death: they said she had stopped attending high school in 2014 and did not finish her course work, that she lived with her boyfriend, and had been drinking and using drugs with friends on campus. Mexican media outlets ran reports with similar negatively-tinged details.

Many women saw the tweets and the media reports of Lesvy’s death characterizing her as a dropout and an alcoholic as an attempt to distance her from the university, and discredit her as a victim. The day after Lesvy’s body had been found, thousands of women started to tweet. They used the hashtag #SiMeMatan or “if they kill me.” It was short for: “If they kill me, what will they say to blame me for my own death?”

Latin America has some of the highest rates of femicide in the world. In the last decade, over 24,000 women have been killed across Mexico alone, and when a woman is killed it barely makes a blip in the press. But because thousands of women created a movement online, while her mother Araceli Osorio hasn’t given up, that’s not the case in the death of Lesvy Berlín Rivera Osorio.

One thought on “If They Kill Me”