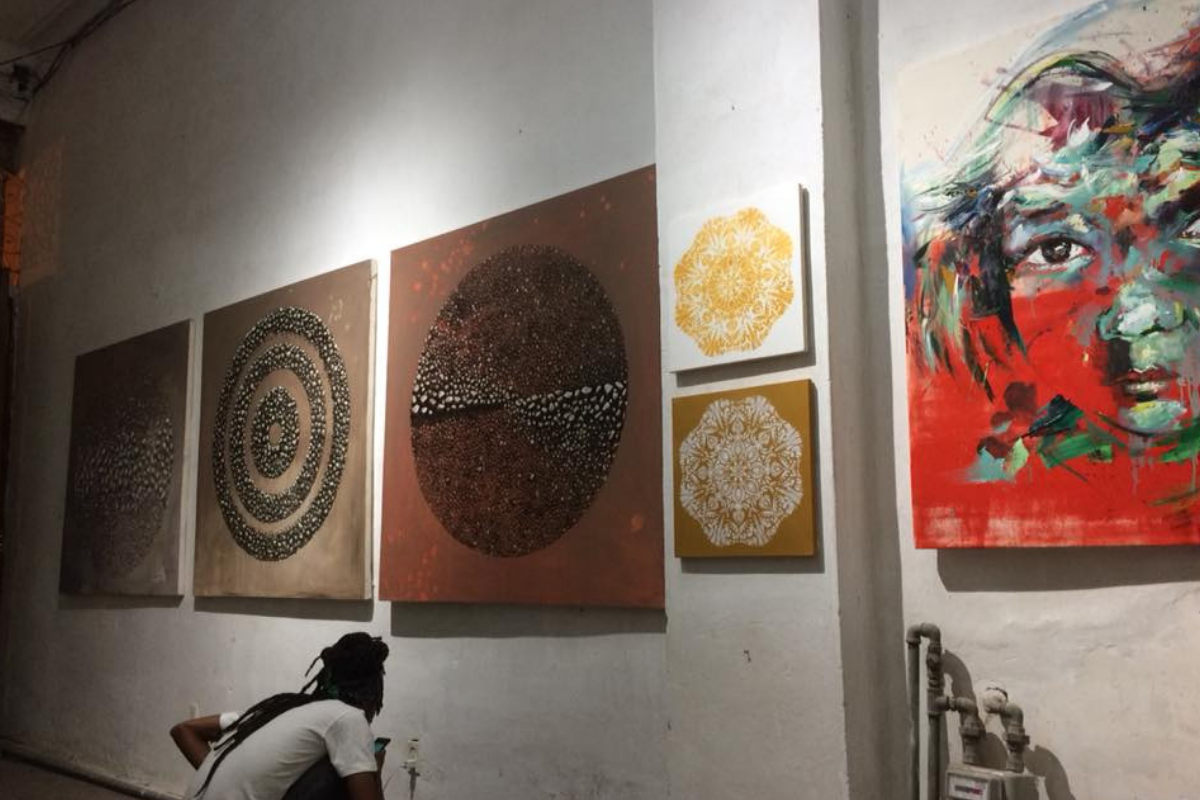 From April 12 to May 12, Havana’s scenic Malecón turned into an even more popular tourist destination as numerous art pieces by Cuban artists and others were displayed there as part of the 13th Bienal de la Habana (Havana Biennial). Yet for some Cuban artists, the exhibit is not the all-inclusive celebration of the arts that it claims to be. In December, the Ministry of Culture instituted Decree 349, which puts loosely-worded restrictions on the kinds of art that are allowed by the government to be displayed publicly. In response, a community of artists decided to create their own independent, underground “Latitud” (“latitude”) art scene that attempts to confront the contradictions they see in artistic expression during the Biennial.

“It’s a project to exchange creative experiences which is independent of the Biennial but utilizes the festival platform to promote other artists. Various artists who have common points of interest but different ways to create art,” said Luis Restoy, a Cuban painter who works out of a studio in the heart of Old Havana. For him, the Biennial provided an opportunity to create an alternative artistic space —separate from government influence— that truly invoked the spirit of free expression and told the story of being a Cuban artist.

The Malecón is one of Havana’s most iconic places. Tourists wander along the esplanade during the day, taking photos of the baroque-style buildings. At night, the seawall is a gathering place for groups of people to listen to music and hang out or where couples find quiet spots to be alone. During the Biennal, the Malecón is transformed into an art gallery.

Painters, sculptors, writers, musicians and artists of other formats involved in “Latitud” see the publicity and draw of the Biennal to create art that tells the narrative of the Cuban experience.

The artists used studio spaces and homes to exhibit their work. With help from a GoFundMe page and the Christine Frechard Gallery in Pittsburgh, the “Latitud” artists were able to put on their show this past month. Like the Biennial, the participants held workshops, lectures, performances and discussions. 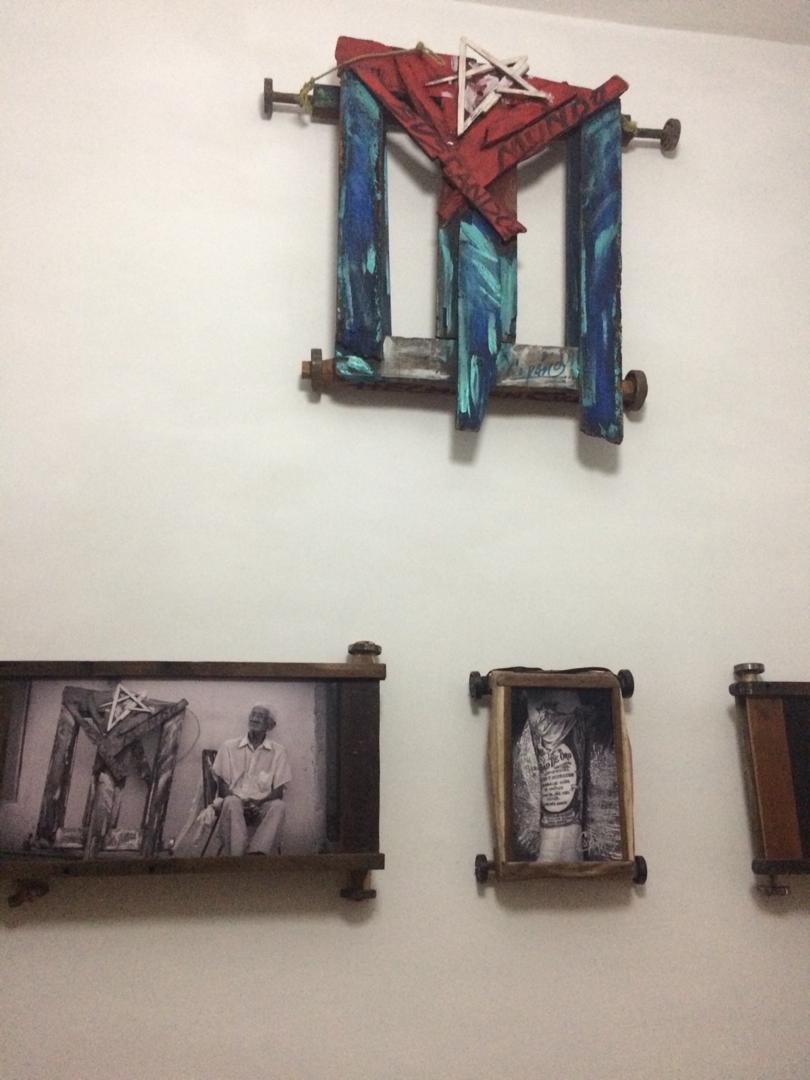 Some of the art featured at the “Latitud” exhibit. (Image via Latitud/Facebook)

“I believe that the difference is that none of the participating artists in ‘Latitud’ have to use a filter. All have the freedom to express anything in the way they decide, and that is the most important thing about art that it is made on the island,” said Leonardo Pérez, another “Latitud” artist.

The participating artists wanted to create a space that wasn’t subject to rules and censorship that come from creating art under the supervision of the Ministry of Culture. Decree 349 has been protested by many in the Cuban art scene. Many claim the decree’s purpose is to silence dissent and restrict free expression in art if it speaks out against government policy.

“Amnesty International is concerned that the recent arbitrary detentions of Cuban artists protesting Decree 349, as reported by Cuban independent media, are an ominous sign of things to come. We stand in solidarity with all independent artists in Cuba that are challenging the legitimacy of the decree and standing up for a space in which they can work freely without fear of reprisals.”

Meanwhile, the official Biennial opened despite some controversy over the decree. One exhibit titled “Ad Infinitum” featured the work of eight women from 13 different countries. When describing the art in this exhibit, curator Magda González Mora wrote, “These works seek freedom of expression through rituals or through the affective memory that is strengthened by the use of objects or active substances.”

Some prominent voices in the Cuban art scene —like Tania Bruguera and Luis Manuel Otero Alcántara— have also been outspoken about their opposition to the decree. Bruguera wrote an open letter in Hyperallergic protesting her participation and support for this year’s Biennal. She explained that her opposition stems from the Ministry’s lack of transparency, and that the support for Cuban artists comes down to government loyalty, not the artist’s body of artistic work.

“Latitud” artists say that their work is not outwardly protesting the Cuban government’s policies on art production. The focus of the exposition is free expression. But many of the artists participating in “Latitud” do stand in solidarity with their friends and colleagues who have been more outspoken of the Ministry’s policies.

“Maybe our art is not so controversial for the government, but we propose a different way to look at reality,” Restoy said. “The issue is the attitude and way that we propose our works of art without passing through the political filter that uses the official cultural institutions for production.”

It is difficult to create art in Havana without institutional help. Yet for many artists like Restoy, it is his only occupation that relies on tourists coming to his studio to purchase his work. It is struggle that can feel very isolating and sometimes even dangerous, expressing that the threat of being jailed for free expression is a real concern.

Take the case of José Ángel, a hip-hop artist who is a part of “Latitud.” He describes it as “something raised by the close and real friendship that [government] limitations create.” He said that truly amazing art cannot be stopped or silenced.

When asked about any risks inherent in putting on the show or talking about government censorship, José Ángel said, “We live in risk. Don’t worry, we are already in jail.”