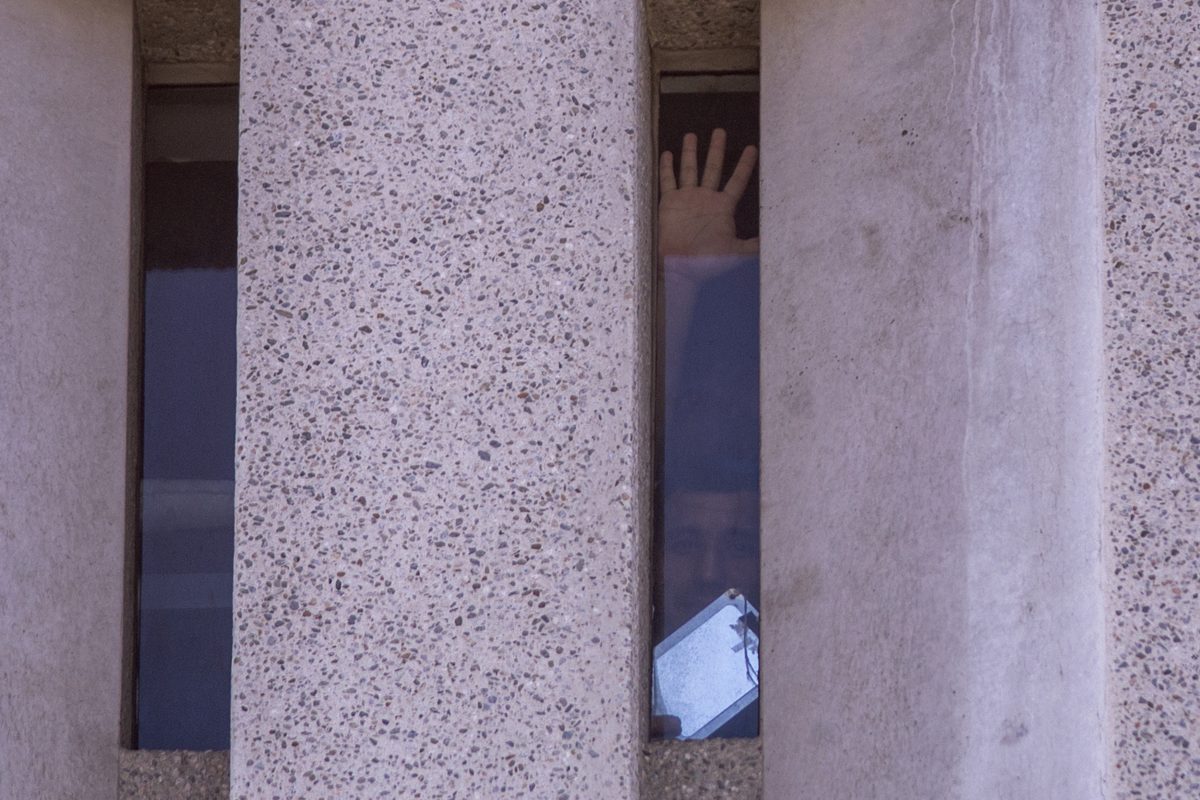 A man being held inside the Metropolitan Detention Center, which houses detained immigrants, responds to calls of encouragement from demonstrators on the street below on June 30, 2018 in Los Angeles, California. (Photo by David McNew/Getty Images)

“Ellen Gallagher, a whistleblower who previously served as a policy adviser for Homeland Security’s Civil Rights and Civil Liberties office, believes that ICE has violated its own policies requiring a search for less restrictive measures before detainees are placed in prolonged solitary confinement,” The Intercept said in a press release.

Solitary confinement could amount to torture and should only be used in very exceptional circumstances, United Nations experts say. The investigation found that ICE uses isolation as a “go-to tool” rather than the last resort. “People were being brutalized,” Gallagher told the reporters behind the story. This is her first time going public.

Incident reports found that detainees were placed in solitary confinement from 2012 to early 2017, which added up to millions of hours of people being held in isolation. For some of the detainees, they were placed in what at least one person called the “suicide room,” after alleged suicide attempts.

“They take off all your clothes and they put you in a cell that is more terrible,” one detainee, Dulce Rivera, described.

ICIJ also published an infographic of the findings from a review of more than 8,400 reports of incidents of solitary confinement. It found that ICE used solitary confinement for offenses described as minor such as “consensual kissing,” as well as “to segregate hunger strikers, LGBTQ detainees, and people with disabilities.”