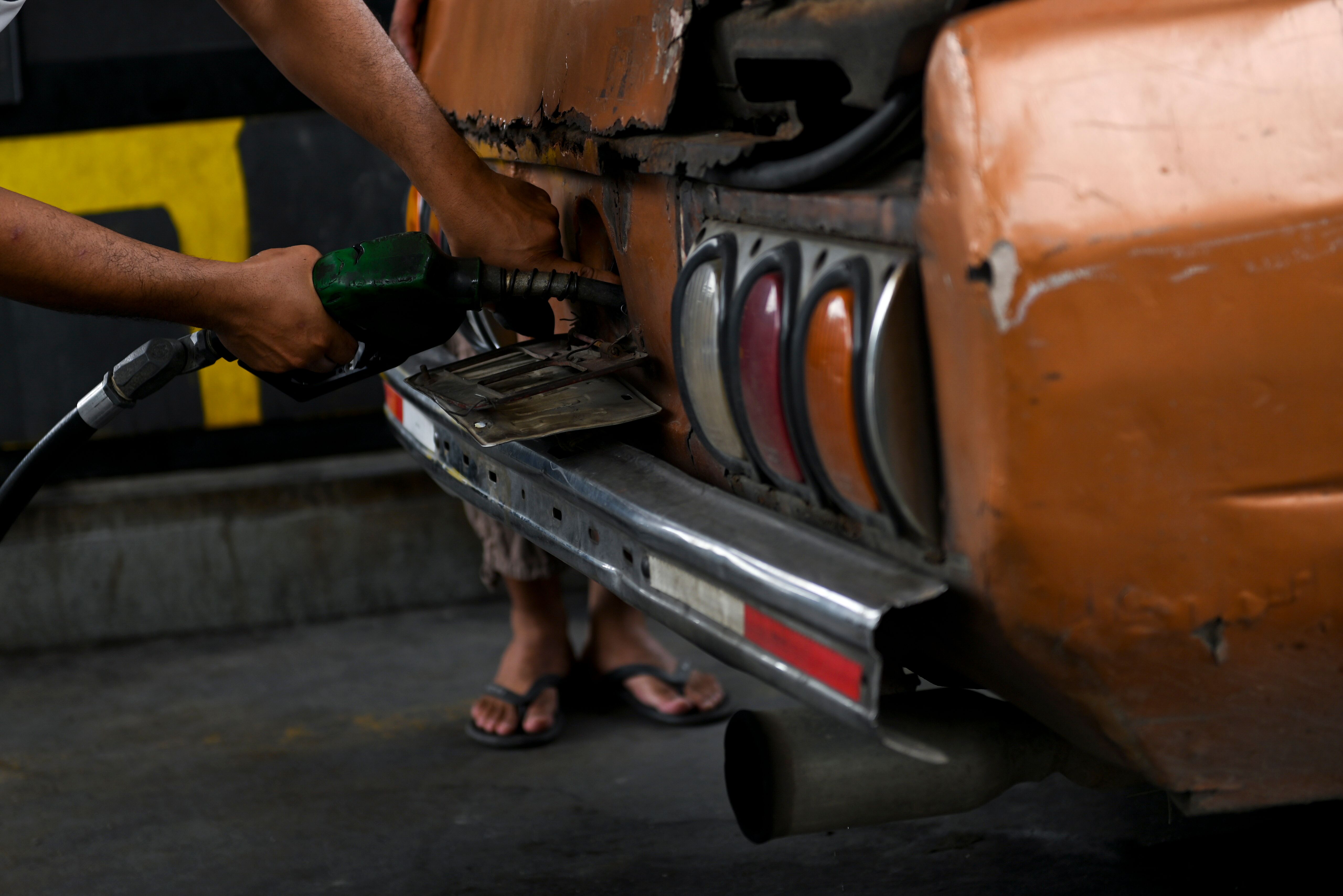 A man fills a car's tank with gasoline at a gas station in the town of Acarigua, in the Venezuelan state of Portuguesa, on May 25, 2019. (Photo by Marvin Recinos/AFP/Getty Images)

MARACAY, VENEZUELA — In the past few weeks, what once deemed impossible has happened: gas shortages have been affecting Venezuela, with long lines lasting hours and, in some remote areas, a day or two needed to refill the tank. This threatens to completely paralyze the country, hitting deeper than the oil strike of 2002.

“Ignoring the small dry-ups we have had in the past months, I think the gas shortage has really been felt in the last two or three weeks,” Gabriel, a resident who lives in central Venezuela and has struggled as a result of the shortage, told Latino Rebels.

Gabriel recently managed to import an electric generator to keep his business running during the blackouts that have also affected the country. But with the generator running on gas, there’s isn’t much he can do right now.

“This week it took me two to four hours to refill my tank, and over half of the gas stations are closed,” he said, adding that in the stations that are currently working. “The military and the militias control many of them.”

It is estimated that Venezuela has the largest oil reserves in the world, doubling Saudi Arabia’s. According to the Organization of the Petroleum Exporting Countries (OPEC), oil also represents 98 percent of the country’s export revenues, which is extracted, refined and shipped through Petróleos de Venezuela, S.A. (PDVSA), the state-run oil corporation formed in the mid-70’s when oil was nationalized.

However, crude oil in the country is too heavy and needs naphtha to be diluted and exported. Until recently, the U.S. was the main provider of diluents but with the sanctions against PDVSA and the political crisis increasing tensions between the White House and Nicolás Maduro’s government, this no longer is the case.

In Gabriel’s opinion, however, the biggest blow to the internal oil supply was what happened earlier this year when Citgo, a PDVSA Houston-based subsidiary, was handed to Venezuela’s National Assembly. Speaker of the National Assembly Juan Guaidó is regarded as the legitimate President of Venezuela by the U.S. government and 50 other countries, due to claimed irregularities during Maduro’s reelection last year.

Despite tensions between Venezuela and the U.S. since the election of Hugo Chávez in 1999, the former has always been a reliable oil supplier and the latter one of its biggest buyers. Citgo even donated $500,000 for Donald Trump’s presidential inauguration, more than Pepsi or Walmart.

“At the end, the problem ends up being geopolitical,” Gabriel said. “If the gringo blockade doesn’t allow to refine gasoline, or to bring gasoline from the U.S. or its allies, there’s gonna be a big slump and it will force gas prices to rise to international levels, which is necessary. Maybe they won’t dare since it goes against their populist policies.”

U.S. pressure is not the only problem for PDVSA. Since the early 80’s, gas prices have been kept artificially low, and after El Caracazo —a deadly mass revolt in 1989 against IMF-advised economic measures which resulted in a bus fare hike— raising gas prices became taboo.

In the last decade or so, there has also been talk about disinvestment and lack of maintenance in PDVSA, with industrial accidents such as oil spills and the Amuay refinery explosion in 2012. According to the 2018 OPEC annual report, Venezuela had the biggest decrease in oil production of any member in the last five years, going from 2.3 million oil barrels per day in 2014 to 1.3 million in late 2018.

The most recent number reported by the U.S. Energy Information Agency shows a sharp decline to 800,000 since the U.S. started sanctions against PDVSA.

And to add fuel to the fire, numerous scandals have garnered attention involving PDVSA finances. The latest involves government officials and $2.3 billion dollars in bribes kept in an Andorran bank to guarantee contracts with Chinese companies. In 2007, Venezuela took a $50 billion dollar loan from China in a money-for-oil agreement. China has become the biggest buyer of Venezuelan oil despite production problems.

Oil has been a double-edged sword for Venezuelans. Since the 1920’s, it has shaped the country’s economy, politics and society. In the 1940’s, the 1970’s and again in the 2000’s, it funded social programs and infrastructure, in addition to giving its government international clout, while also cementing social divides, and creating frantic and disorganized growth.

It remains to be seen what will happen, particularly given the country’s political crisis, but more than ever the words of former Oil Minister and co-founder of OPEC Juan Pablo Pérez Alfonzo feel relevant: “Oil is the devil’s excrement and we are all sinking in it.”