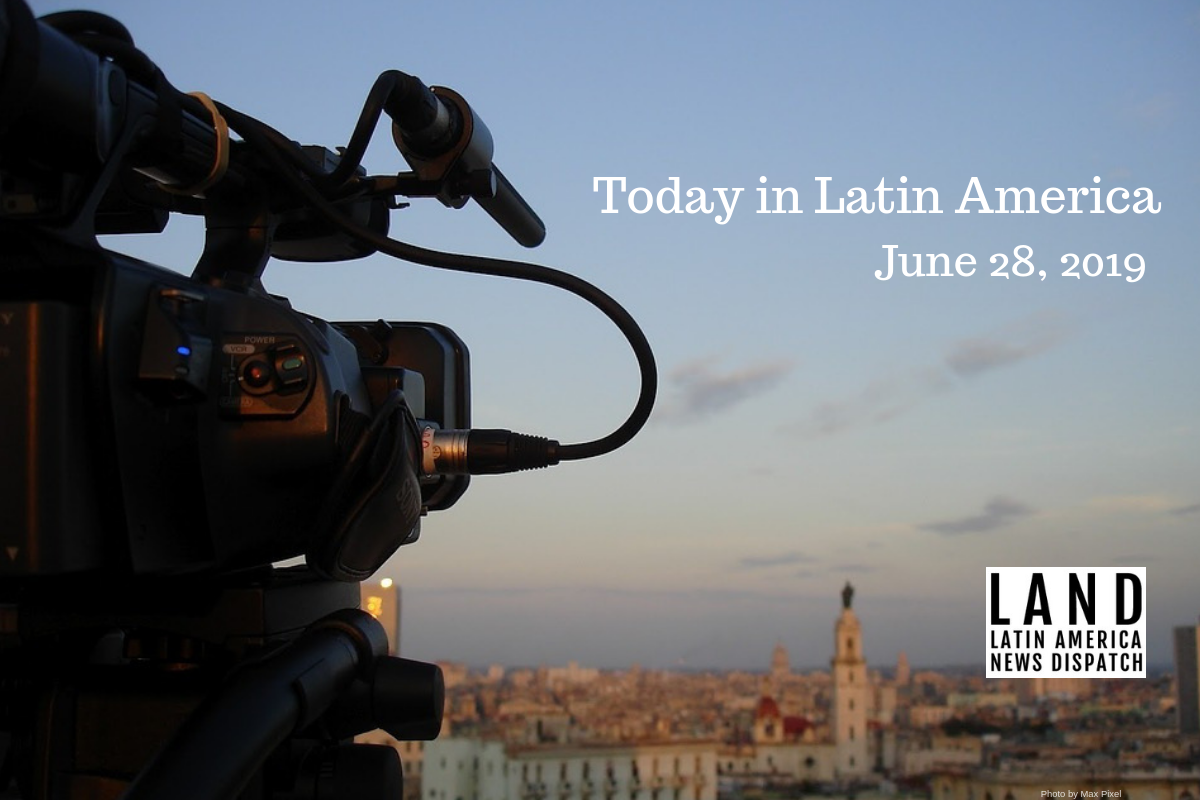 Cuba legalized production of independent film with the passage of Decree 373 yesterday. (Photo by Max Pixel)

CUBA: As of August, Cuban independent filmmakers will be allowed to legally produce their work. Decree 373 recognizes the “working status of cinematographic and audiovisual creators” and establishes a national fund for Cuban cinema. The film distribution will remain under the state’s control.

Restrictions on independent cinema began to loosen in the 1990s, following the collapse of the Soviet Union, but censorship remained an issue for filmmakers. Artists of all kinds in Cuba have faced censorship and limits on their freedom of expression. Decree 349, for example, which went into effect in December, prohibits artists from performing in public or private spaces without approval from the Ministry of Culture.

UNITED STATES: Congress approved an emergency funding bill yesterday, aiming to alleviate harsh conditions faced by asylum-seekers detained on the U.S.-Mexico border. Several progressive Democrats opposed the bill, which had been drafted in the Republican-controlled Senate without the added protections for migrants that the House had included in an earlier proposal. President Trump is expected to sign the legislation, which includes $4.6 billion for food, shelter, and the Department of Health and Human Services’ care of unaccompanied children.  The measure also bars Immigration and Customs Enforcement from apprehending immigrants living in the U.S. illegally and looking after unaccompanied minors.

MEXICO: The Prosecutor’s Office has chosen a new lead for the investigation of the disappearance of 43 students five years ago. Omar Gómez previously analyzed the case with a team working under the Inter-American Commission of Human Rights and served in the Office of the UN High Commissioner on Human Rights in Mexico and Guatemala. The appointment comes just days after international media published an apparent torture video that shows authorities interrogating a man named Carlos Canto during their investigation of the case. Family members of the 43 students have denounced the government’s version of events as a cover-up for a crime that they attribute to the Army as well as local and federal police.

MEXICO: President Andrés Manuel López Obrador (AMLO) announced yesterday that he will move from his home to an office apartment once his youngest son wraps up the school year. The offices are located at the National Palace in downtown Mexico City, a historic building which AMLO says will remain open to tourists. The leader had been living on the south end of the city after converting the former presidential estate into an arts center.

GUATEMALA: Two American missionaries were seriously injured as a small airplane crashed in eastern department of Chimaltenango. Bruce Van Fleet, 32, and Luke Sullivan, 27, departed from Ixcán, a town in the northeastern highlands of Quiché, en route to Guatemala City. The American citizens participated with Paradise Bound, a religious organization based in Grace Creek, Texas. Both men received medical attention in Guatemala City.

COSTA RICA: Two Iraqi and two Egyptian citizens, believed to have ties to the Islamic State, will be deported by the Costa Rican government today. The suspects were arrested near the Costa Rican border with Nicaragua on Tuesday, as they attempted to illegally cross into the country. The group arrived in Panama on May 26 and entered Costa Rica on June 9.

CUBA: The minimum wage is increasing as the Cuban government passes economic reforms. President Miguel Díaz-Canel announced the measure that will raise monthly salaries from $32 to $44 as it attempts to unify its dual-currency system. The increase culminates years of workers’ demands for a higher wage.

Díaz-Canel said on Twitter that “more details” about the reform package will be unveiled over the weekend.

BRAZIL: Amid strained negotiations over the Mercosur deal, French President Emmanuel Macron said yesterday he wouldn’t sign the deal if Brazil pulls out of the Paris climate accord. Both Brazil and the European Union have called the deal a priority, but a deal may still be far away. Under President Jair Bolsonaro, Brazil has moved from climate proponent to climate threat. Bolsonaro has made several changes to environmental policy since he took office, including allowing parts of the Amazon to be used for development and agribusiness.

ARGENTINA: In the largest weapons seizure in Argentine history, authorities recovered around 1,000 guns and hundreds of explosives from a global criminal gang. The weapons were purchased in Spain and the Netherlands and smuggled into South America from the United States and Europe. From Argentina, the weapons were then sent to Brazil and Paraguay. Drug-fueled violence in Brazil has spilled over into Paraguay. Argentina’s security minister said the seizure should help reduce violence in those countries.