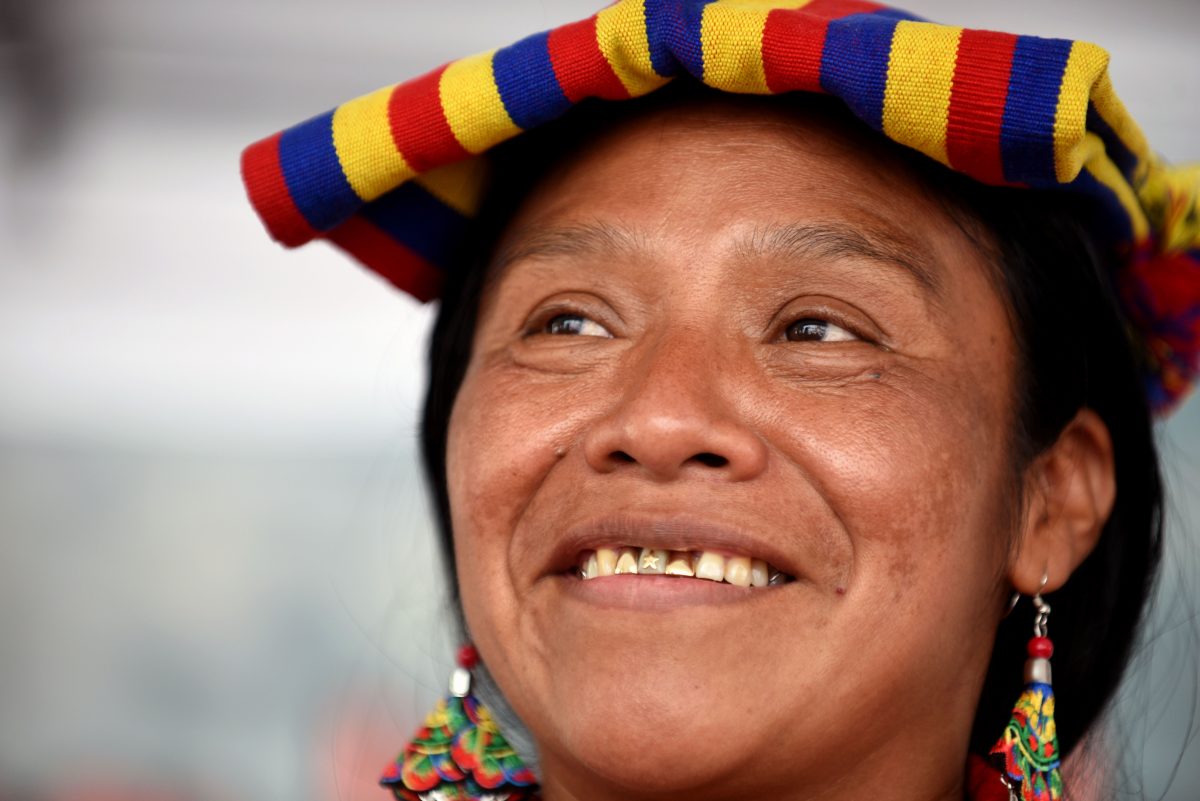 By Simon Granovsky-Larsen, University of Regina

Thelma Cabrera may not have won her bid to become Guatemala’s next president, but she did shake up the country’s political scene.

A Maya Mam Indigenous rights defender, Cabrera finished fourth place among 19 candidates in the country’s recent general elections. Hers was the strongest showing ever for an Indigenous presidential candidate in a country with a majority Indigenous population.

There are two ways to interpret the Guatemalan elections, and both are accurate. On the one hand, corruption and organized crime won the presidential race. On the other hand, grassroots movements showed their strength through Cabrera’s campaign and by securing an increased share of seats in the Guatemalan Congress.

More Of The Same

The candidates advancing to a presidential second ballot in August are accused of corruption and links to organized crime. Following decades of military dictatorship, democratic politics since 1985 have been intertwined with violence and criminal networks.

Sandra Torres —candidate for the centrist National Unity of Hope and former first lady— faces allegations of illicit campaign financingfrom her 2015 presidential campaign. Torres also held an influential political position during the administration of her ex-husband, Álvaro Colom, who was arrested last year on charges of fraud and embezzlement. The far-right Alejandro Giammattei of the Vamos party was national prisons director when a death squad carried out extrajudicial execution of inmates.

Torres gained 25 percent of the vote, and her UNE party secured 54 seats in Guatemala’s 160-seat Congress. Giammattei came in second with just 14 percent and 16 seats.

Other front-runners were banned from the presidential race. Thelma Aldana is a centrist reformer who oversaw anti-corruption cases as attorney general and led the presidential polls. She was ruled ineligible to run due to allegations of illicit campaign financing.

Zury Ríos was likewise prevented from running for president as the daughter of a former dictator. Mario Estrada currently sits in jail in the United States, accused of conspiring to import cocaine. His arrest also revealed a plot to assassinate rival candidates, including Aldana.

At the heart of campaign turmoil was the future of the International Commission Against Impunity in Guatemala, or CICIG. The CICIG is an independent investigative body established through agreement with the United Nations. It has supported close to 100 legal cases against corruption and organized crime since 2007.

In 2015, a CICIG investigation contributed to the resignation and eventual conviction of Guatemala’s president and vice-president on corruption charges.

Faced with a CICIG investigation himself, outgoing President Jimmy Morales battled the commission and managed to schedule its closure for September 2019. As for the remaining presidential candidates, Giammattei opposes the CICIG, while Torres has pledged to decide its future through a referendum.

An end to the CICIG would spur a collective sigh of relief from organized crime, the armed forces and members of the corrupt political establishment.

Against this backdrop, Guatemala saw something new: an Indigenous-led grassroots campaign that gathered significant support. With 10.47 percent of the presidential vote, Cabrera and the Peoples’ Liberation Movement party (MLP) missed participating in the August run-off ballot by less than four percent.

The MLP reported irregularities during campaigning and in the omission of the party from some ballots. An Organization of American States’ observation mission rejected the accusations, but the Guatemalan elections tribunal has scheduled a ballot recount.

Cabrera presented a radical alternative. First, she proposed to have national leadership reflect the actual makeup of the country: rural, Indigenous, poor and female. Every Guatemalan president has been a man of Spanish descent. Cabrera’s campaign sloganwas: “I choose dignity.”

She also presented a platform like no other. Running with a party that was formed by one of Guatemala’s largest peasant social movement organizations, Cabrera’s platform was based on social justice for the majority population of Indigenous and poor citizens.

The cornerstone of Cabrera’s campaign was a proposal to redefine Guatemala as a pluri-national state based on the equal participation of Indigenous peoples. Her economic plan followed the “buen vivir” or good living approach adopted in Ecuador and Bolivia, and common within Indigenous communities across the Americas.

On the day that Cabrera’s movement formed its party, in 2018, one of its key activists was assassinated. An MLP candidate was also killed during the campaign. The CODECA peasant organization that formed the MLP lost eight members to targeted assassinations during the same period.

The fact that Cabrera’s campaign gained such momentum points to a growing willingness of the Indigenous majority to vote for their interests, rather than out of fear, clientelism or pessimism.

Despite the momentum of Cabrera’s campaign, the MLP only elected one representative to Congress. Two other grassroots and majority Indigenous parties —Winaq and the former guerrilla URNG-Maíz— together elected seven more.

On many issues, this block of eight is likely to join forces with seven representatives of the ousted Aldana’s centre-left Semilla party.

Peasant leader Leocadio Juracán and LGBTQ activist Sandra Morán set a path for social movement activists when they were elected to Congress in 2015. They presented bills to revoke contentious mining and dam licenses, to enact agrarian reform and to protect community water access.

Fifteen activists and allies in a congress of 160 will hardly change the direction of Guatemalan politics. But support for movement leaders-turned-politicians is on the rise.

Whether Guatemalans elect Torres or Giammattei on Aug. 11, the outlook for democracy and peace is bleak. The incoming Congress is dominated by anti-CICIG and pro-authoritarian parties of the elite. Militarism and violence against rights defenders is on the rise. Migration to Mexico and the United States shows no sign of slowing.

And yet, social movements are reasserting themselves. They have blocked mining projects on Indigenous territories, taken war criminals to trial and even forced the resignation of a president.

Maya candidate Thelma Cabrera’s unprecedented campaign represented the hope for justice in Guatemala. Her bid was unsuccessful, but hope has not been dashed. Together with the congressional seats gained by parties representing social movements, Cabrera’s run suggests that Guatemala’s grassroots opposition is slowly gaining momentum.