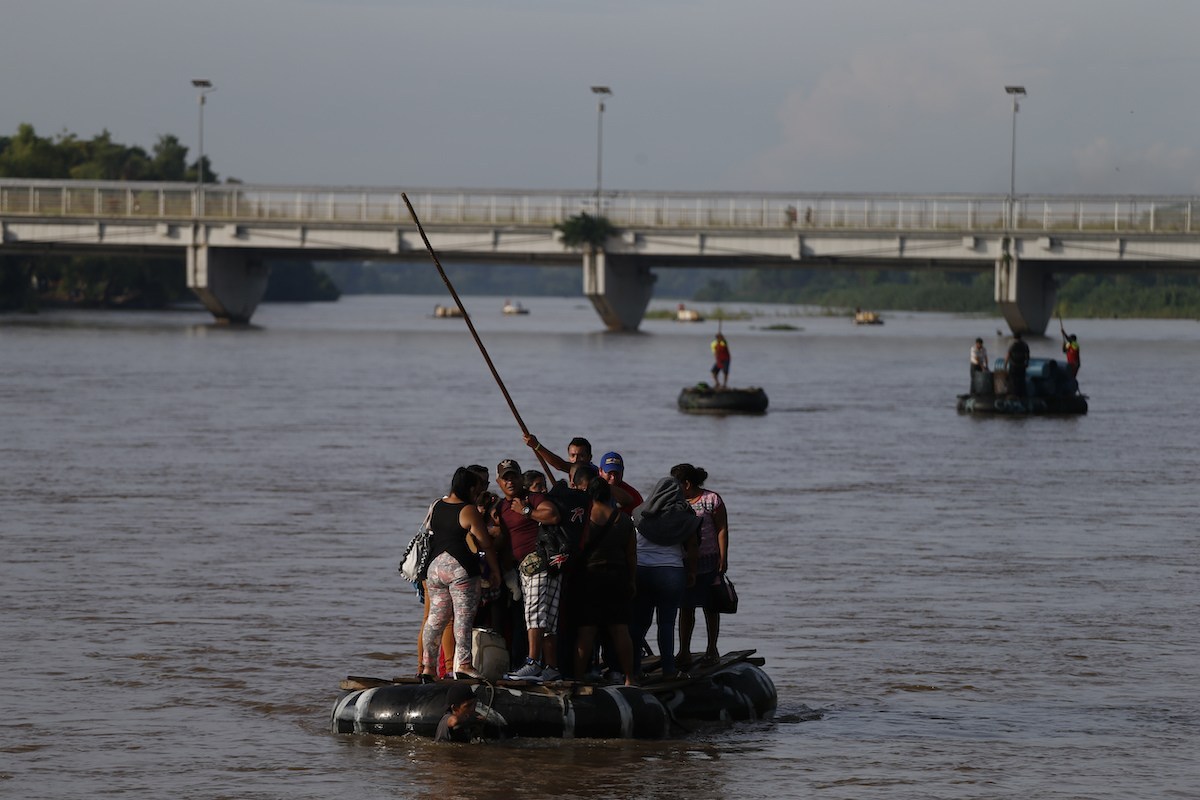 President Donald Trump’s politics of control and fear toward Mexico and other Latin American countries has resulted in serious consequences.

In an effort to avoid a tariff of five percent that would rise gradually to 25 percent on all Mexican exports to the United States, Mexico agreed on the following measures to stop so-called illegal migration through its territory:

The bilateral migration announcement on June 7 corresponded with a field course on migration and human rights we were running in Mexico with undergraduate students from Wilfrid Laurier University.

On the ground, the effects of the U.S.-Mexico agreement were immediate, palpable and harsh.

The three-pronged policy to deter, detain and deport was already in effect under the administration of President Andrés Manuel López Obrador in Mexico, but it was accelerated following the June announcement.

Throughout Mexico, a system of non-governmental shelters provides migrants a place of respite, protection and humanitarian assistance.

We (Stacey Wilson-Forsberg, S. Richelle Monaghan and our students) visited one such shelter in the northern state of Zacatecas. Run by the Catholic Church, the inconspicuous concrete structure is set at the end of a dirt road off a main highway. Fenced in and “protected” by state police, the shelter cares for families with small children.

Of the 120 guests present on the afternoon of our visit, more than half were children. Most were barefoot and wore clothing that was either too big or too small.

As children played a game of duck-duck-goose and squealed with delight, the parents told us about their destination. When they all responded that they were “going home,” we realized that the shelter is being used by Mexican migration authorities as a detention center for families awaiting deportation back to Guatemala.

At another shelter, one of the largest in Mexico City, we met families waiting for permanent refugee status or temporary humanitarian visas.

During a friendly game of ping pong, we were approached by a little girl. She nodded at our invitation to play, but stood frozen as the ball bounced off her arms.

I (Stacey) put the ping pong paddle down, knelt to her level and asked if she was sleepy. When she indicated she was not, I hugged her until her body relaxed and her chin rested on my shoulder. I then learned that the little girl had arrived only minutes before with her parents. After what must have been a long and harrowing journey from Honduras, she was dazed and in shock, possibly afflicted by resignation syndrome.

The ramifications of the migration agreement are most pronounced along Mexico’s southern border with Guatemala, an area known as the Frontera Sur in the Mexican state of Chiapas.

In the city of Tapachula, Chiapas shelters are so full that people waiting to receive refugee status have no option but to camp out in the city’s Plaza Hidalgo. Here they wait for weeks or months, completely exposed to the elements as scorching hot, humid days end in torrential evening rains.

As we sat in a nearby restaurant, another little girl asked us for food. We followed her back to the plaza and met her family. Her parents spoke with us while they fanned her baby brother, who slept on the bare concrete.

“Where are you from?” we asked.

“Aren’t you going to ask me where I am from?” responded the pre-schooler.

“Where are you from?” we repeated.

In Ciudad Hidalgo, Chiapas, the border town where 98 percent of irregular border crossings occur, Central Americans await their return trip to Guatemala, El Salvador and Honduras on the shiny white tour bus that leaves the migration facility each afternoon.

Those not from Central America, such as the hundreds of Haitian migrants who are also stranded on the border, will be returned on planes.

When we arrived on June 29 at the shore of the Rio Suchiate that divides Mexico from neighboring Guatemala, state police were present but the National Guard was just arriving.

The daily flurry of black market trade between the two countries continued unchecked as merchandise floated across the river on rafts.

Merchants expressed concern that the soldiers would disrupt the daily exchanges of goods upon which both local economies are dependent. In the Frontera Sur, Guatemalans and Mexicans move back and forth over the river with little need to prove their country of citizenship.

The presence of some elements of the National Guard has also compelled migrants to reinvent new routes that are often more dangerous. And rather than being dismantled, networks of human smugglers, known as “coyotes,” appear to have grown even stronger. Several truck trailers have already been reported abandoned with men, women and children inside.

At a secondary border crossing in Talisman, Chiapas, migration officials stopped us as we headed to the port of entry. However, two state police allowed us to walk along the river and underneath the bridge.

Here we observed a man being paid by another to take off his clothes and transport goods on his back by wading through the rapids. We also watched a family exit a raft attached to a rope extending to each bank of the Rio Suchiate.

The family said “buenos días” as they passed, exchanged words (and possibly money) with the police officers and entered Mexico.

Everyone Has The Right To seek Asylum

A long history of U.S. exploitation and oppression portrays Central Americans as undeserving of prosperity and as “criminals.” Over the past month in Mexico, we were reminded once again that these migrants are not nameless, faceless statistics. They are people.

Nor are they illegal. They are exercising their rights to flee dreadful conditions of deeply entrenched economic insecurity, social exclusion, legacies of war and chronic violence.

The recent migration agreement between the United States and Mexico violates international refugee law and Mexico’s 2011 Refugee Law, which de-criminalized migrating through Mexico without documents.

Under the 2011 law, the government provided migrant shelters with exceptional status from Mexico’s migration authorities. They are meant to be sanctuaries, not detention centres.

The 2011 law also gives people entering Mexican territory 30 days to apply for asylum. However, in its haste to placate Trump, Mexico is detaining and deporting asylum seekers before the deadline passes. Nonetheless, Trump’s attempt on Monday to change the asylum process will raise even more questions and doubts.

We were also reminded during our time in Mexico that migration is complicated and often contradictory. Residents in Tapachula, Chiapas depend on migrants as consumers even as they also resent their presence in the community. Migrant shelters provide much-needed humanitarian assistance, yet they also facilitate irregular migration, hence falling into the American category of “human smuggling operations.”

In the end, it’s likely the United States will continue to threaten Mexico with trade tariffs, and Mexico will respond with more drastic, inhumane measures.

But these measures will not stop the migration. Desperation is, after all, a powerful motivator.