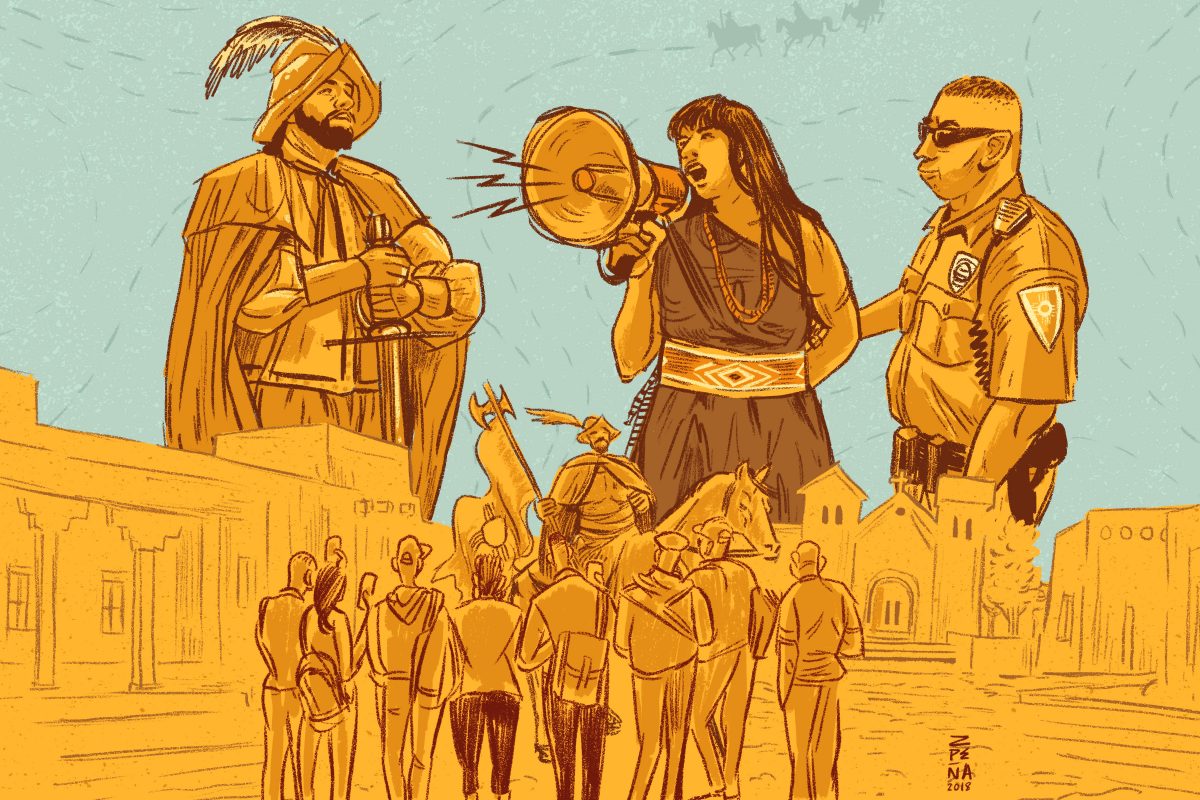 “Hispano” is an identity that is unique to New Mexico and Southern Colorado. It defines people who consider themselves to be descendants of the Spanish conquistadors that arrived in the 1500s. Hispanos have lived side by side the Pueblo people for centuries—mixing cultures, identities and even bloodlines. But over the past few years, tensions have risen among the two populations over Santa Fe’s annual conquistador pageant, known as La Entrada, which celebrates the arrival of the Spanish. For some, it celebrates heritage. For others, it’s salt in the wound.

In 2017, massive protests in the Santa Fe Plaza have caused both sides to try to come to some sort of an agreement before matters escalate to what have been called “regrettable circumstances.” But is it possible? History tells us it could take decades for these two groups to come to a resolution. Latino USA travels to the community to learn more about this issue.