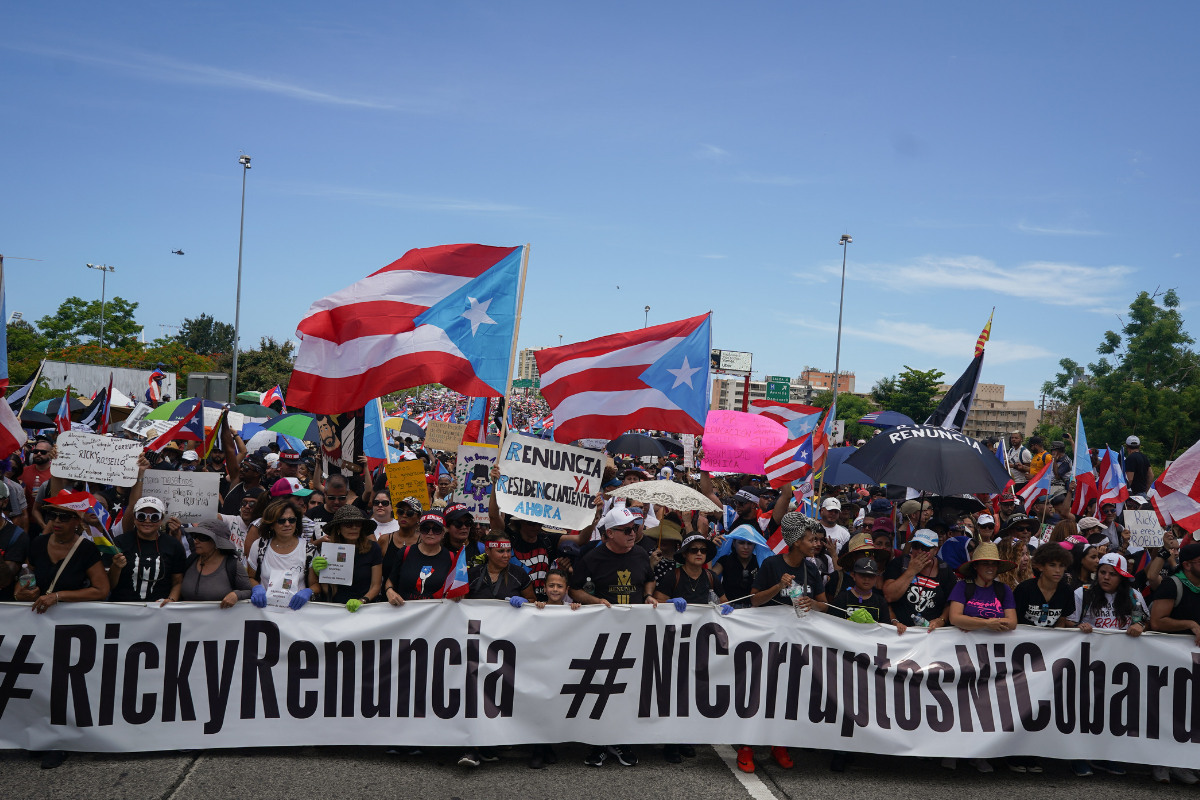 Demonstrators walk down and line the Las Americas Expressway, the biggest highway in Puerto Rico, as part of a massive march on July 22, 2019 in San Juan, Puerto Rico. (Photo by Angel Valentin/Getty Images)

In Puerto Rico, massive historic protests have been taking place island-wide demanding the resignation of Governor Ricardo Rosselló. While the protests have come as a response to corruption allegations and an 889-page leak that revealed Rosselló and other officials using sexist and homophobic language, for many the call for his resignation is actually a tipping point in what they perceive as years of injustice.

Listen to the podcast below: