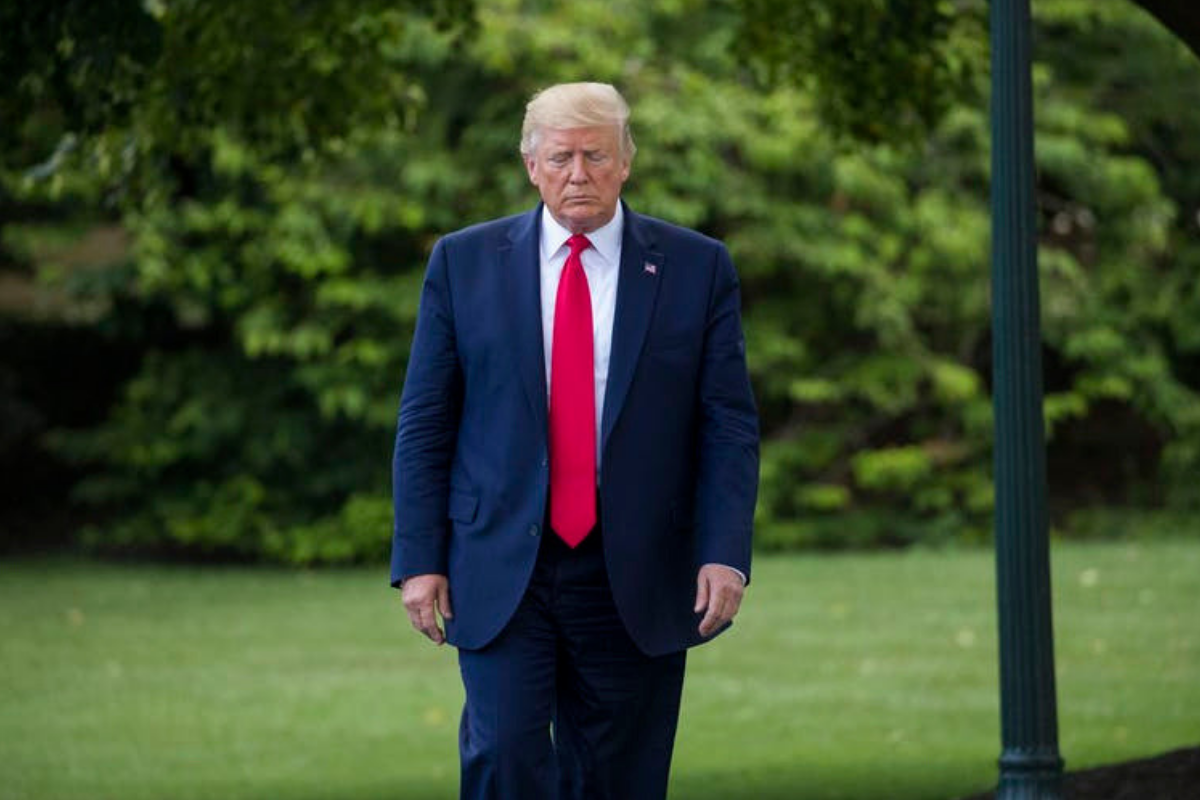 Since his inauguration, President Trump’s immigration policies have been frustrated by the laws the U.S. Constitution requires him to “faithfully execute“.

While the Constitution has been interpreted to give the president power over foreign affairs, Congress has the power to make laws determining which immigrants can enter, stay, become citizens of, or must leave the U.S.

Throughout his presidency, Trump’s immigration policy has clashed with immigration law and the Constitution. Trump has attempted to create or repeal immigration law without the required congressional action. He’s done this through tools of enforcement, mainly executive orders and regulation changes.

That has meant that the Trump administration’s major changes to the country’s enforcement of immigration laws have been reversed, stopped or seriously modified by the federal courts. The latest change by President Trump to U.S. immigration law was announced on July 15.

The new change introduced by the president would fundamentally change asylum law. The rule went into effect the next day.

This new rule bars granting asylum to anyone who passed through another country before arriving in the United States. There are three narrow exceptions: if a person can prove either they applied for protection in the third country and were denied, or they are a victim of severe human trafficking, or the only country or countries passed through were not party to a 1951 U.N. agreement on how refugees are to be treated.

This is a sweeping change from current practice. The U.S. asylum law allows anyone who is arriving or already in the United States to seek asylum regardless of immigration status or how they arrived. The law also recognizes that refugees fleeing their country may, by necessity, travel through, or even stay in other countries temporarily, until they can reach the U.S.

Trump’s new rule effectively bars asylum for the vast majority of those seeking it at the southern border who are mostly fleeing El Salvador, Honduras and Guatemala but also include Africans, Haitians and Cubans who enter from Mexico.

The justification for this rule is to deter meritless asylum applications, Attorney General William Barr said. But as a scholar and practitioner of immigration law, it is unclear to me how those refugees fleeing overland through other countries would have meritless claims based on the manner in which they arrived in the U.S.

Furthermore, the rule does not take into consideration the principles of the 1951 Refugee Convention which has, for almost 70 years, defined the term “refugee” and outlined the legal obligations of member nations to protect displaced persons.

Among these principles is the responsibility of nations to protect people who are fleeing persecution in their home countries so that they can rebuild their lives and enjoy the same rights as other citizens in their country of refuge. In 1967, the U.S. committed to follow the principles of the Convention. Through the Refugee Act of 1980, Congress incorporated the obligations of the Convention into modern U.S. asylum law.

Under the Convention and American asylum law, “firm resettlement” —which is when a refugee makes a home in a third country before coming to the U.S.— has been a reason to deny refugee status only under certain limited circumstances.

Since 1996, firm resettlement has been a bar to asylum in the U.S. However, a person is not considered firmly resettled if presence in a third country was unavoidable, necessary to arrange further travel, and the person does not have ties to and a form of permanent lawful status in that country. Additionally, a person cannot be firmly resettled if their basic rights would be disproportionately restricted by the third country’s government.

In stark contrast, Trump’s new rule bars asylum for any person who passes through another country regardless of the danger in that country or a person’s ability to have any lawful status or basic rights there.

In what is becoming a pattern, the ACLU and other plaintiffs are attempting to stop Trump’s most recent move to change U.S. immigration law. They are asking the courts to find the new rule invalid and to bar the government from carrying it out.

The legal arguments of advocates challenging the Trump administration’s latest move are consistent with previous cases. In those cases, the federal courts have checked the administration’s unlawful immigration policies including the first “travel ban,” the termination of Deferred Entry for Childhood Arrivals (DACA), the detention and separation of children from their parents and the “2018 Proclamation” which sought to bar asylum for those persons not arriving at a formally recognized port of entry.

The arguments against the administration’s new policy are essentially that 1) the new rule violates the law; 2) there was no notice and comment period, as the law requires for such changes in policy; and 3) the justification is specious.

If the short history of this presidency repeats itself, the courts will likewise order a stop to this latest immigration action.

While this president is not the first to undertake controversial immigration policies, the hallmark of the administration’s implementation of such policies seems to be chaos for both government officials and those attempting to enter the U.S.

Immigration officials are overwhelmed and not prepared for changes in procedure or policy, noncitizens have been stranded at airports or detained in overcrowded substandard facilities, or separated from their children in different states and countries.

The “better to seek forgiveness than permission” method of implementing these policies is intended to have the collateral effect of deterring immigration as the international community watches it dramatically, and at times harshly, unfold before judicial intervention stops it.

If it is allowed to stand, the July 15 rule would mean the majority of people fleeing danger in their home countries will now be returned to those countries by the U.S. government. The courts are once again faced with curbing the president’s efforts to illegally expand his power over immigration.