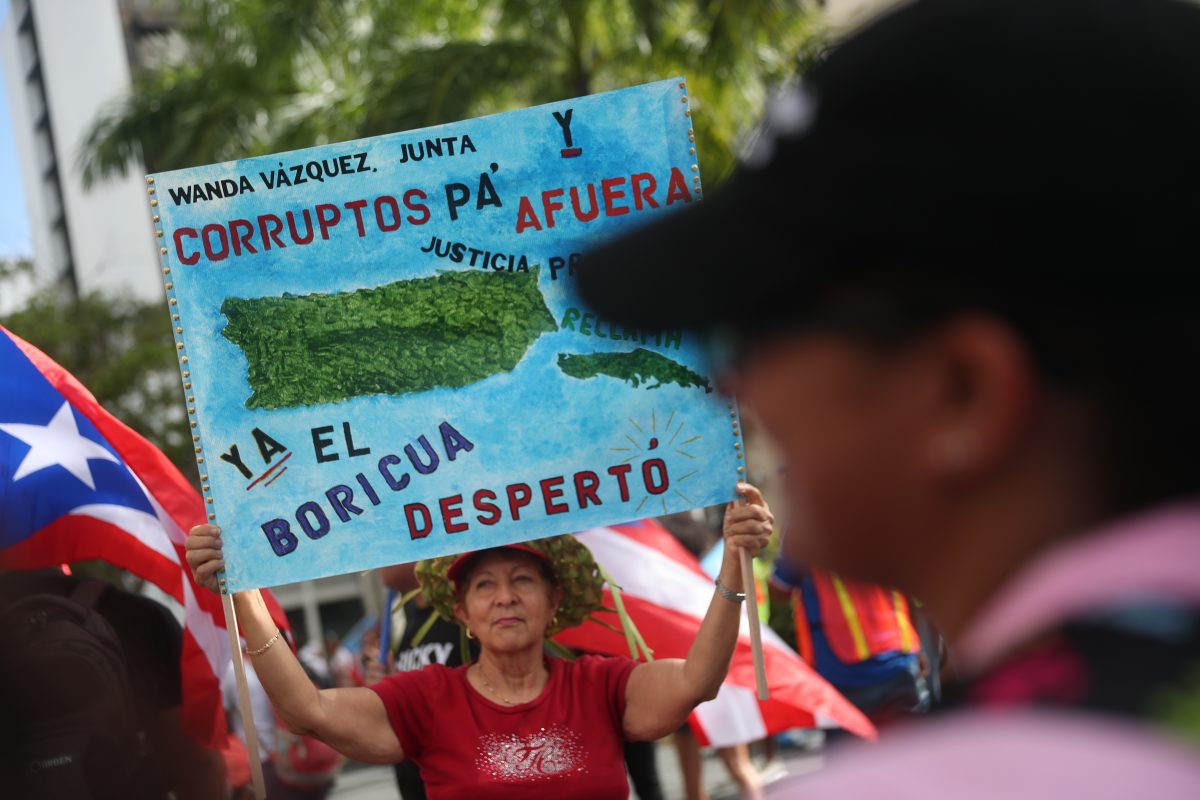 People march through the financial district as they celebrate the ouster of Ricardo Rosselló, the Governor of Puerto Rico, on July 25, 2019 in Old San Juan, Puerto Rico. (Photo by Joe Raedle/Getty Images)

Puerto Rico is currently in a period of transition after the historic resignation of Governor Ricardo Rosselló—one that was fueled by massive protests. Rosselló named Secretary of Justice Wanda Vázquez as his successor, and she is set to take the seat on August 2, but Vasquez tweeted on Sunday that she didn’t want the position. Meanwhile, protests continue as the public demands that Vázquez resign too. One is scheduled for later this Monday.

“I reiterate, I have no interest in occupying the position of governor. It is a Constitutional dictum. I hope that the Governor identifies and submits a candidate for the position of secretary of state before August 2 and I have told him so,” Vázquez wrote.

“Right now, it kind of feels like there is no government, there’s a lot of uncertainty,” Rodríguez Medina said. “Pushback for her has been happening for a while, people wanted her to resign before Rosselló quit because she has a sketchy history in her position.”

Listen to the segment below: