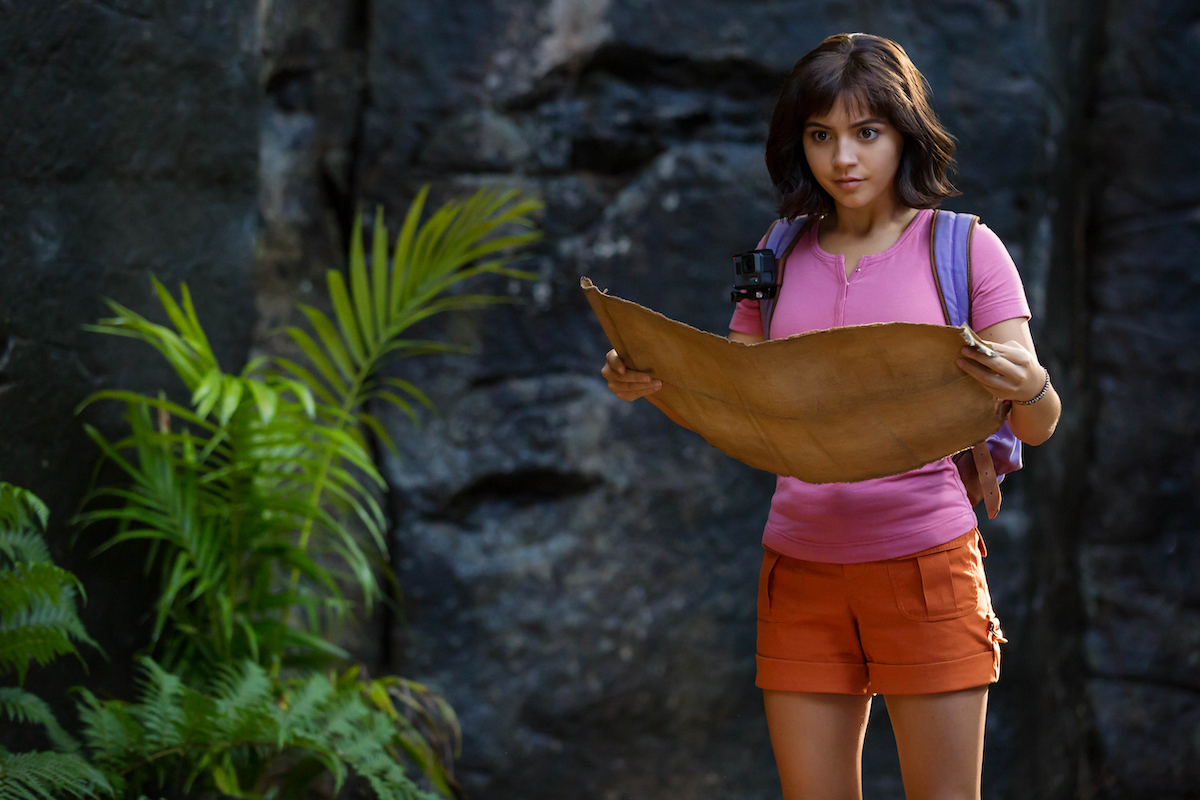 In 1998, three writers were tasked to create the next hit show for Nick Jr., Nickelodeon’s preschool programming. They landed on creating a show centered around a young girl who would engage with an audience of kids, ages two to five, for help in solving mysteries and going on adventures.

The show would become “Dora the Explorer.” Initially, the creators had envisioned a white girl, but the creative head at Nick Jr. became aware that there were over 80 television characters under the age of 18 already on prime time television, and not a single one of them was Latinx. With the help of consultants, they changed their heroine to an adventurous seven year-old Latina girl named Dora Márquez.

Almost 20 years later, Dora is being reimagined as a teenager in a new live-action film called “Dora and the Lost City of Gold.” While some of the elements in Dora’s world are still fictional, the live-action film grounds Dora in reality. She spends her childhood in the Amazon jungle, attends high school in Los Angeles, and travels to Peru to look for a lost city of gold that’s rooted in Inca culture, indigenous to the Andes. To get some of these details correct, the film brought on consultants, just like the original show did 20 years ago.

In this segment of “The Breakdown,” producers Antonia Cereijido and Janice Llamoca dive into the legacy of “Dora the Explorer”—then and now.