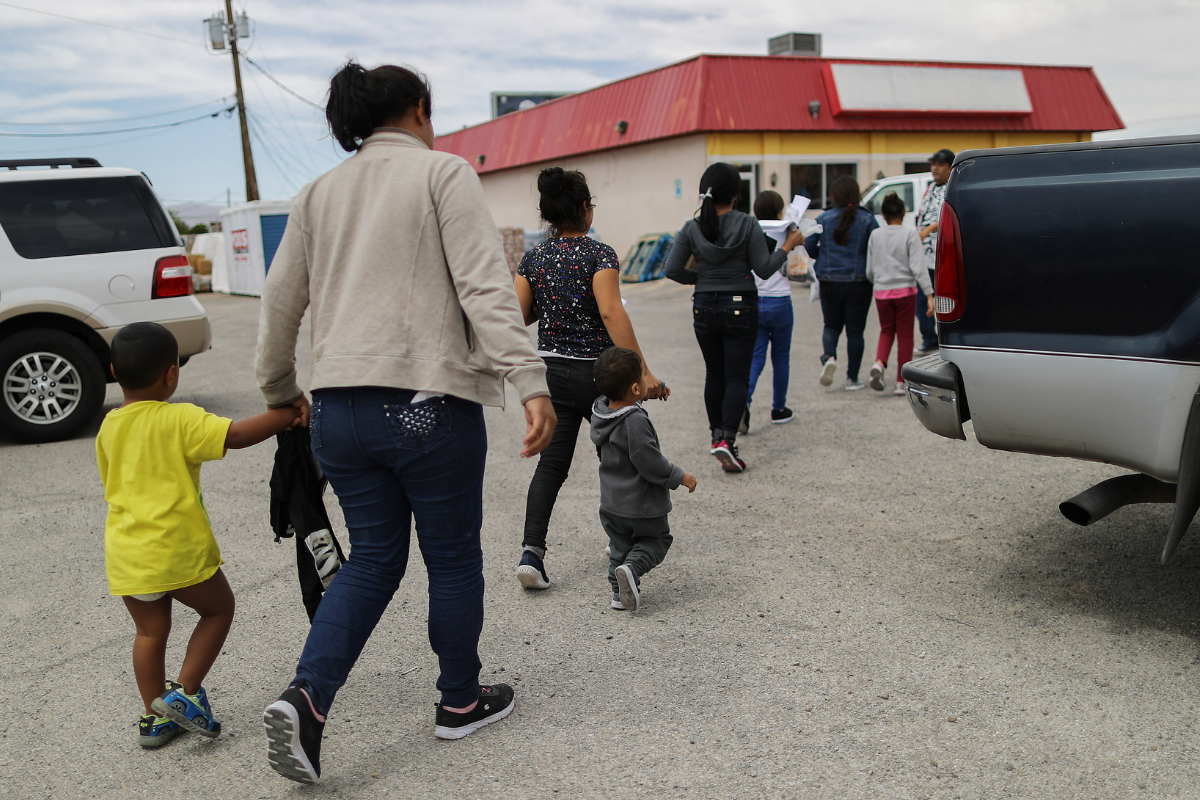 Migrants are dropped off at a church serving as a shelter for migrants who are seeking asylum, after they were released by the U.S. Immigration and Customs Enforcement (ICE), on May 19, 2019 in El Paso, Texas. (Photo by Mario Tama/Getty Images)

President Donald Trump announced that the U.S. will cut the number of refugees it will accept to 18,000 in fiscal year 2020, which began on October 1 of this year.

Many refugee advocates protest that this refugee resettlement ceiling is far too low. It is indeed the lowest ceiling in U.S. history.

However, the new ceiling is also part of a longer trend of declining refugee admissions that have been going on for nearly two decades. I started studying refugee resettlement around this time, and I have observed how these declines are impeding the country’s ability to provide a safe haven for refugees for many years to come.

Because the U.S. was once the leader in refugee resettlement, this decline has also created a gap in the entire system of resettlement worldwide.

How The Refugee Ceiling Changes

Most refugees flee to a neighboring country. But a very small number of people are resettled in a third country where they can permanently live in safety. For more than three decades, that third country was most often the U.S.

The U.S. government has admitted refugees since at least the 1950s, when it brought in Hungarian refugees following World War II and Cuban refugees following the communist revolution there. But refugee resettlement prior to 1980 was done in response to particular world events, rather than under a well-planned system.

The passage of the Refugee Act of 1980 created the system that we have today. Now, the president determines how many refugees the U.S. will resettle each year; that number is referred to as the “ceiling” for refugee resettlement.

When the Refugee Act was passed, there were large numbers of Vietnamese, Laotian and Cambodian refugees in need of protection. In 1980, the first annual resettlement ceiling was 231,700, with 207,116 refugees admitted.

The ceiling was lowered over the next few years as the need to resettle Vietnamese decreased. By 1987, the annual ceiling was set at around 70,000 refugees and the actual numbers of people resettled were close to that.

But then two events happened in which the U.S. had a national security interest: the war in the former Yugoslavia and the collapse of the Soviet Union.

These increases in resettlement positioned the U.S. as a leader in humanitarian assistance to refugees.

None of the 9/11 terrorists were refugees. All the attackers entered the U.S. on business, tourist or student visas. But in response to the attack, the U.S. refugee resettlement program was halted, and the entire refugee security clearance process was reconfigured.

Refugees who had been approved to resettle in the U.S. were required to undergo the new security clearance. This involved interviews and biometric data checks with multiple agencies under the new Department of Homeland Security.

This lengthy process increased the time it took to vet refugees, now averaging 18 to 24 months, with some vetting taking much longer. For more than a decade, the number of refugees resettled remained well below the ceiling. It wasn’t until 2013 that the security infrastructure became efficient enough for the U.S. to again resettle the number of refugees allocated in the ceiling.

With an increased resettlement capacity and the Syrian War entering its seventh year, President Barack Obama set the ceiling for 2017 at 110,000.

But when he took office, Trump used an executive order to lower the ceiling to 50,000.

Losing The Infrastructure To Resettle Refugees

The decreasing number of refugees has had lasting effects on the social infrastructure built to resettle refugees in the U.S.

Resettling refugees requires knowledgeable people working in functioning organizations. The State Department needs staff that can determine if someone meets the legal definition of a refugee. Various government agencies need staff with expertise in refugees to review security data. The Office of Refugee Resettlement needs staff that can work with nonprofit organizations, who also need staff that can help refugees find housing and jobs, enroll their children in school, and perform many more tasks that help refugees integrate into their new communities.

The drop in refugee admissions following 9/11 put stress on nonprofits, as they hired staff for refugees that never came. Now the severe cuts to new admissions has led to around 100 agencies permanently closing. That’s roughly a third of all resettlement agencies in the country.

My contacts at the State Department tell me that staff with knowledge about how to interview refugees and document their experiences have left. People with the experience and skills to process and resettle refugees have moved on to other employment.

This infrastructure cannot be rebuilt overnight. It took 11 years after 9/11 for the security infrastructure to catch up with the increased vetting procedures. In my view, it will take much longer for the government and related nonprofit agencies to rebuild.

For the next decade at least, I fear that the U.S. will not have the ability to be a leading destination for refugees.