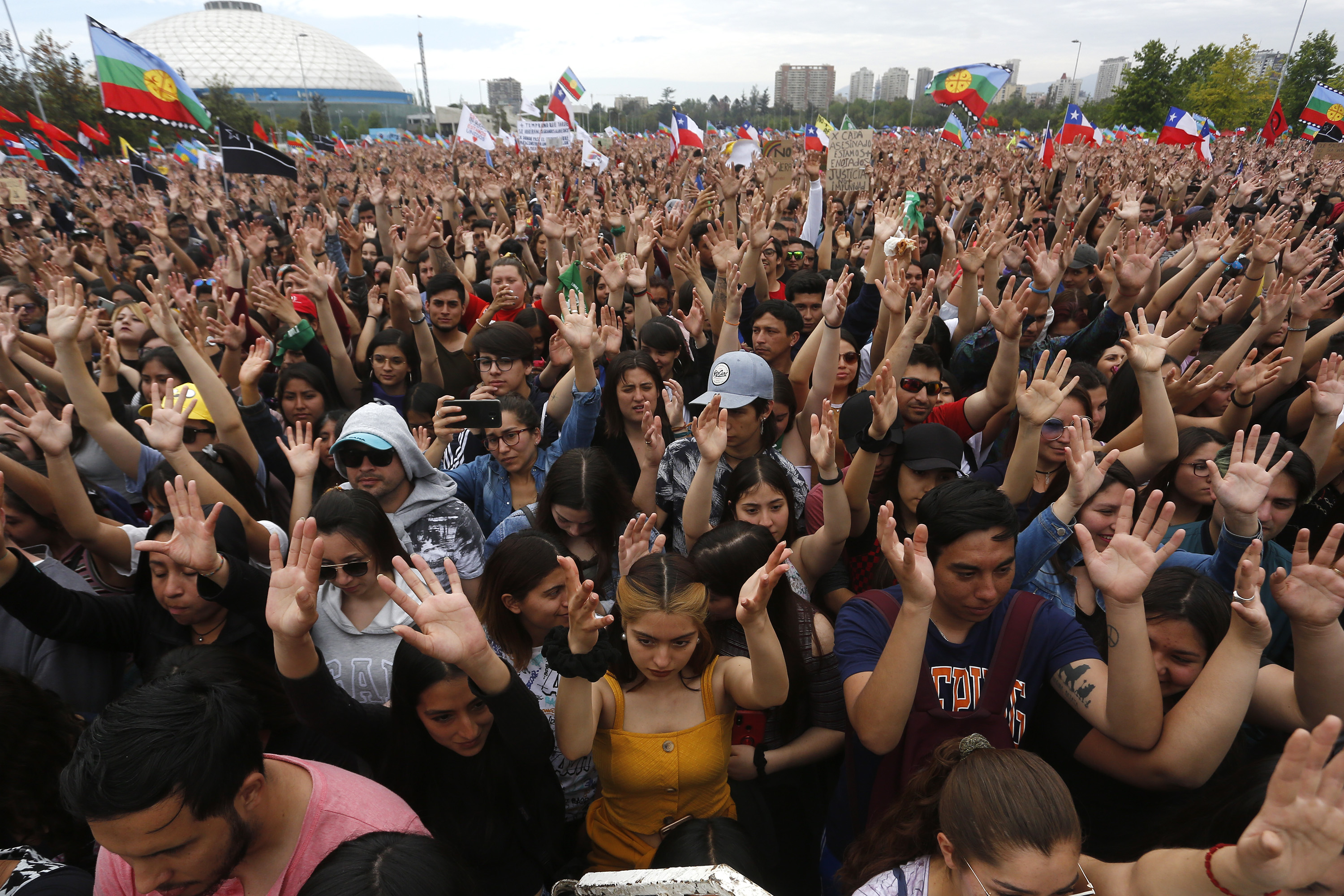 It all started with something that might seem small: the cost of a metro ride. In early October, Chile’s government raised metro fares by four percent. About a week later, high school students started jumping turnstiles in protest and encouraging others to follow, using the hashtag #EvasionMasiva, or “Mass Evasion,” on social media. The protests grew, and some turned violent. Metro stations across the capital of Santiago went up in flames. On October 19, the government declared a state of emergency and deployed the military.

In spite of the crackdown, the protests kept growing, and they became about much more than the price of the metro. Chile is widely regarded as one of Latin America’s most economically successful countries, but it’s also deeply unequal—in fact, it has the third-highest rate of income inequality in the world. People of all ages started pouring onto the streets to protest long wait times in public hospitals, overcrowded public schools, and a privatized pension system that leaves many elderly people impoverished. On October 25, more than a million people crowded Santiago’s Plaza Italia and streets throughout the city.

Latino USA speaks with Chilean investigative journalist Paulette Desormeaux, who’s been covering the protests and speaking with Chileans about why they’re in the streets and what they want to see change in Chile. We talk about the roots of inequality in Chile, the legacy of the Pinochet dictatorship, and why a rock song from the eighties has become an anthem for protesters.