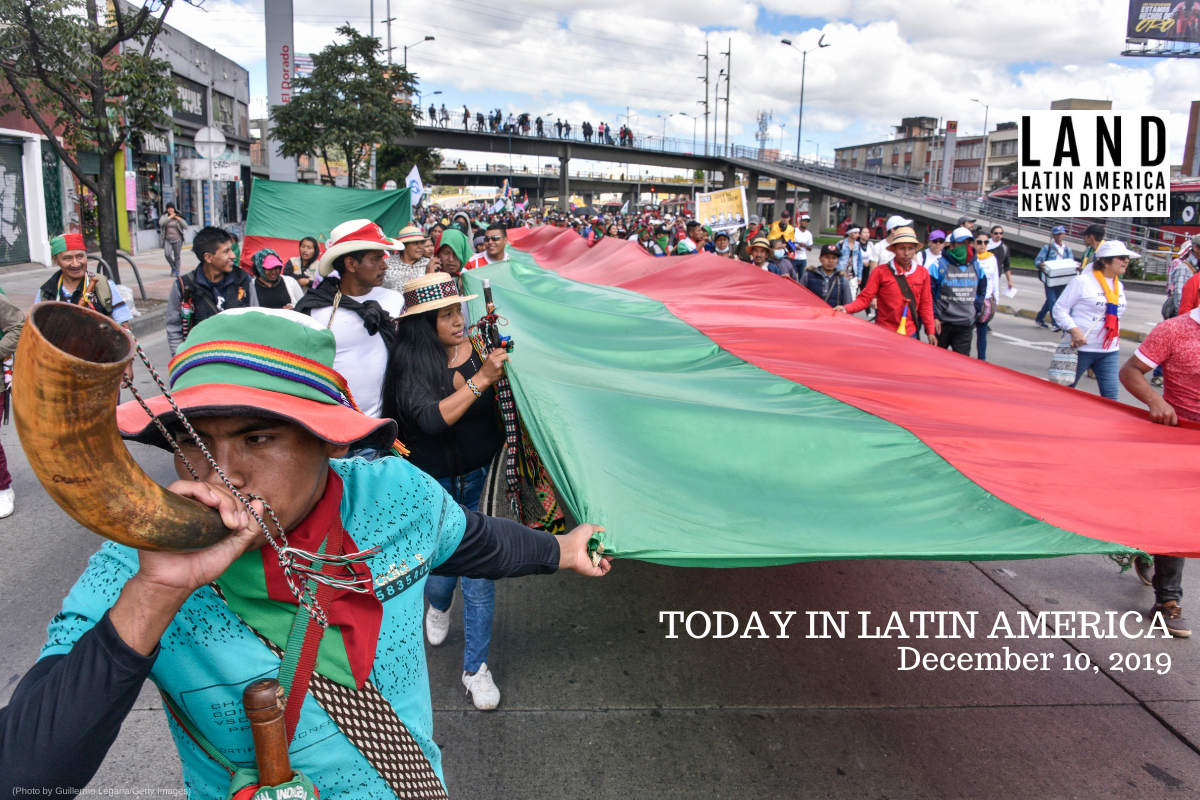 REGION: The United Nations Development Programme released a report yesterday that concluded discontent across Latin America is due less to traditional poverty and more to low levels of equity, environmental development and gaps in technology and education. UNDP Director Luis López-Calva reported that Latin America is the second most unequal region in the world despite the fact that poverty rates were halved in the last quarter century.

“Inequality in a context of economic growth, as there had been, generated aspirations that haven’t been satisfied,” López-Calva told the Associated Press. “Other manifestations of inequality are more evident, like segregation, lack of social mobility, not having a voice in politics.” The UNDP report is titled “Beyond income, beyond averages, beyond today: Inequalities in human development in the 21st century” and recommends that countries focus on inclusive growth over solely economic development.

VENEZUELA: Sixteen national guardsmen who revolted against President Nicolás Maduro in April successfully fled Venezuela yesterday, after spending the past several months at the Panamanian embassy in Caracas. Lieutenant Colonels Illich Sánchez and Rafael Soto also shared their experience organizing against Maduro with the Associated Press. The military officers described watching the collapse of the Venezuelan economy and secretly plotting to remove Maduro from office. “We left Venezuela,” Sánchez told the AP from an undisclosed location, “but our fight to restore Venezuela’s democracy will continue.”

ECUADOR: Ecuadorian Ambassador to the United Kingdom Jaime Marchan Romero wrote an Op-Ed in The Guardian in response to a report that a Hindu guru established his own island off the coast of the country. The Guardian had previously reported that guru Nithyananda, who faces charges of rape and abduction in India, hoped to found a sovereign “Republic of Kailaasa” on a private island. In his Op-Ed, Romero wrote, “this embassy wished to clarify that it is absolutely false that Nithyananda or any of his associates have or could ever have established in Ecuador a so-called ‘cosmic republic’ for their followers and supporters.”

TRINIDAD AND TOBAGO: The governments of Trinidad and Tobago and the European Union agreed to install a commercial-scale solar panel system at the Picaro International Airport yesterday. The system will have a capacity of 1,443,830 Kilowatts per hour and the Planning and Development Ministry expects to begin construction in early 2020. The EU provided 4 million euros in funding for the project through the Global Climate Change Alliance Plus Initiative, in hopes of helping developing countries address climate change.

HAITI: The United Nations World Food Program announced that it will expand operations to provide emergency food assistance to 700,000 people in Haiti. The program has called for an additional $62 million to fund the project. An August study published by the National Coordination for Food Security found that one in three Haitians need urgent food assistance and 1 million are suffering from severe hunger. Recent civil unrest has made roads inaccessible and worsened access to food.

GUATEMALA: Tens of thousands of children adopted from Guatemala between the 1990s and mid-2000s have learned that they were fraudulently taken from their families. According to the U.S. State Department, at least 30,000 children were adopted in the United States, but many more grew up in Europe and elsewhere. A May 2007 report issued by the Hague warned that Guatemala’s laws made adoption vulnerable to becoming a “business” and a Telemundo investigation found that members of the Guatemalan government used the adoption system to steal and sell children internationally since the 1980s.

MEXICO: A feminist group protested against a book about changing sexual orientation through spiritual therapy at the Guadalajara Book Fair over the weekend. The group stole several copies of the book “Psico-Terapia Pastoral” by Juan Manuel Rodríguez and Misael Ramírez and burned them in the street. One protester told El Universal that demonstrating at public events allows groups to be heard rather than ignored. Similar to other feminist protests taking place this month, this demonstration decried gender-based violence. The group also demanded justice for Ana Daniela Vega González, a University of Guanajuato student, who was murdered in late November and whose case remains unsolved.

MEXICO-UNITED STATES: Mexico may accept the United States’ request for greater regional content on the steel trade out of Mexico in the U.S.-Mexico-Canada free trade agreement. The United States is requesting a 70 percent regional value content on the industry and the Mexican government has agreed to consider an addendum to the USMCA conditioned on a five-year phase-in period. However, Foreign Relations Secretary Marcelo Ebrard said that Mexico will not accept the United States’ demands for aluminum content rules because Mexico lacks aluminum production.

UNITED STATES: House Democrats have reached a “tentative agreement” with labor leaders and the White House on revisions for the U.S.-Mexico-Canada trade agreement. The U.S. Trade Representative must submit legislation to Congress before details will be finalized. However, no vote on the deal has been scheduled. The new deal would replace the 25-year-old North American Free Trade Agreement, which removed many trade barriers across North American borders. The tentative agreement comes after Mexico passed a labor law that made it easier for Mexican workers to form unions and bargain for better pay and working conditions.