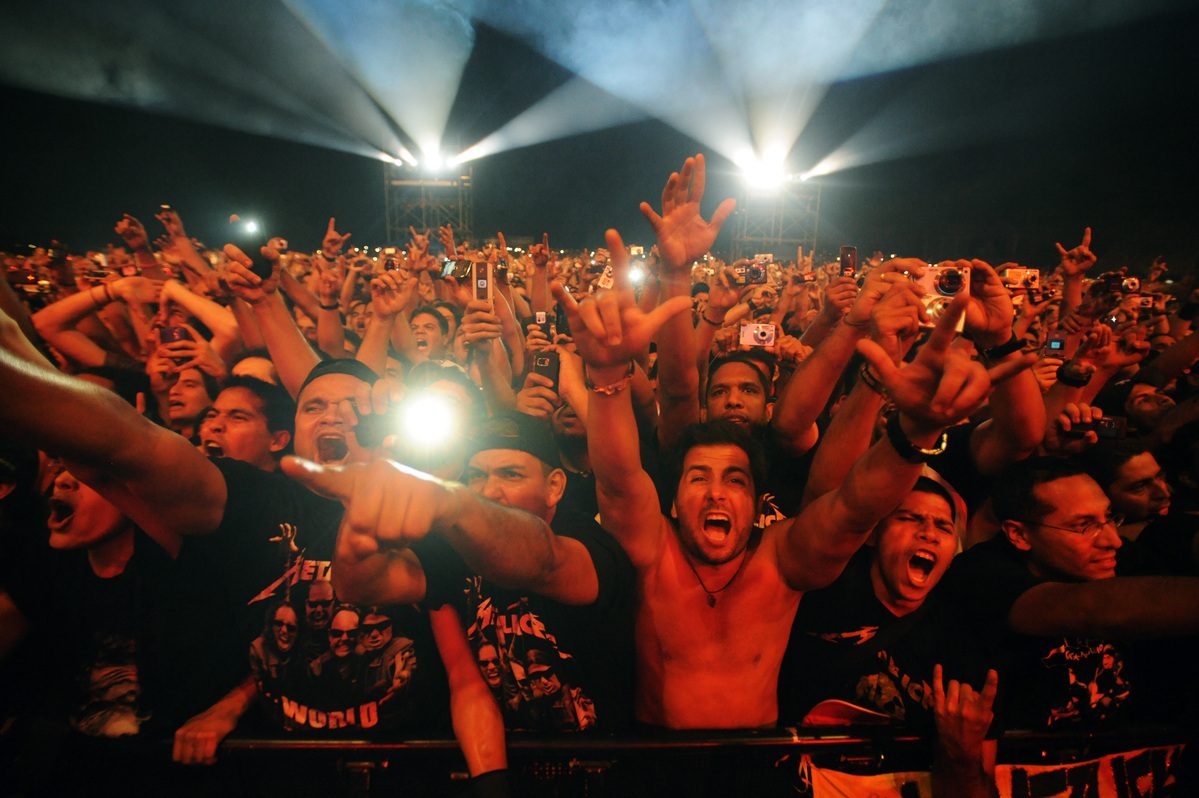 In a world full of stereotypes, Latinos listen to nothing other than tropical rhythms with heavy percussion. But, the reality is that heavy metal is one of the biggest genres of music across Latin America, with bands like Iron Maiden and Judas Priest selling out huge arenas whenever they tour in the region.

“It sounds like for many people that is noise, but it’s not. You have to be a very accomplished musician,” says Rodrigo Sanchez of the guitar duo Rodrigo y Gabriela, who have been known to make virtuosic acoustic covers of metal songs.

Heavy metal began in the late 60s, early 70s in Great Britain, in part as a reaction to economic crisis that was gripping the country at the time. Many young people were unemployed and angry, and looking for a place to express themselves. They created a sound even more rebellious than plain old rock and roll.

That sound spread throughout Europe, to the United States, and to Latin America—a region where many had their own reasons to be angry at the world. Metal bands sprung up around Latin America in the late 70s and early 80s with their own sound and their own things to say.

“That music was like perfect for a third world pissed off kid. It was like the best,” says Max Cavalera, founding member of the legendary Brazilian metal band Sepultura, which became popular all over the world in the 1990s. “The poverty, the violence of the country. We took hold of that music. It became something that we could count on it to get through. It was like a weapon.”

On today’s “Breakdown,” we take a look at the extreme fandom for heavy metal across Latin America and discuss the story behind the ground-breaking band, Sepultura—who not only broke barriers for metal coming out of the region, but also changed the sound of metal music around the world.

If you like the episode, make sure to check out our special Latino Metal 101 playlist on Spotify to hear heavy metal music from Latin America. Thanks to Cote Hurtado of Rockaxis.com and Ernesto Lucar for help curating.