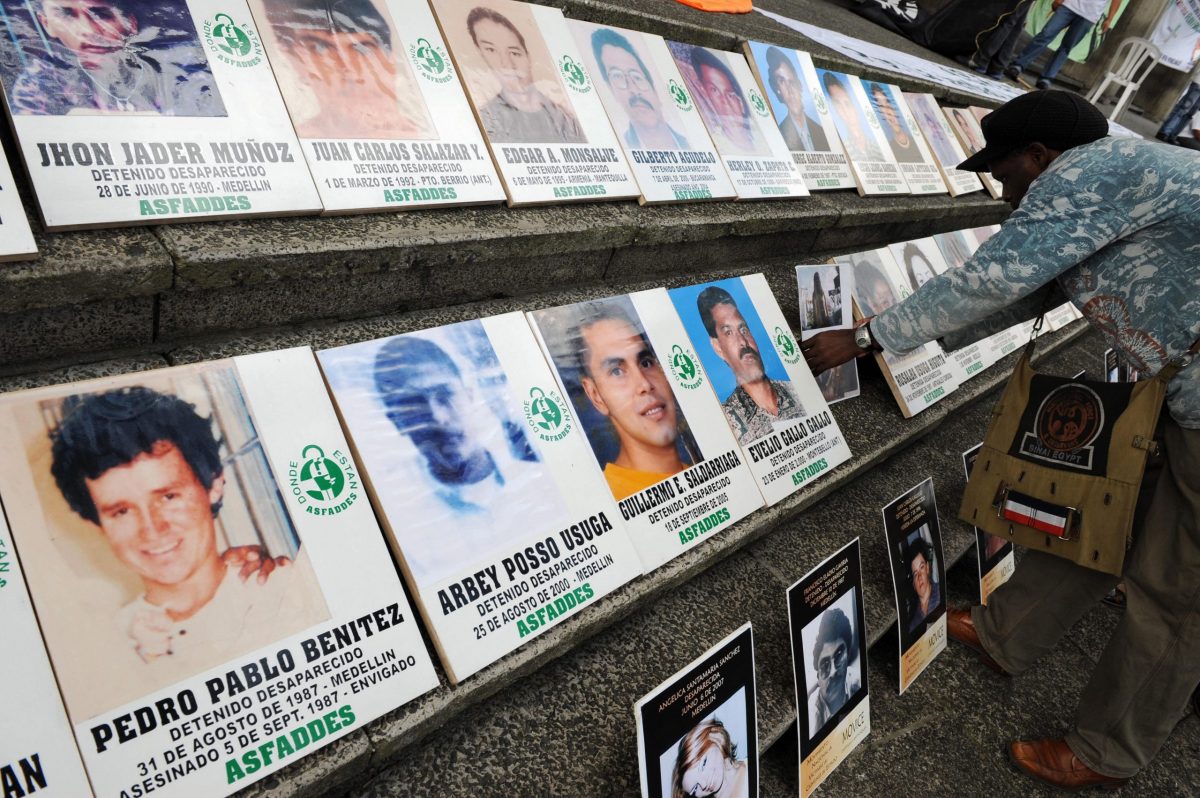 Nearly 12 years ago, Gloria Martínez’s son, Daniel, went out to look for a job and never came back. Gloria would spend months searching for him, with no news. What would soon become clear is that she wasn’t alone—many others also had been mysteriously disappearing. Many were from where Gloria lived, a neglected neighborhood on the outskirts of Bogotá, called Soacha.

Months after Daniel went missing, his body was discovered in a mass grave in Ocaña, a city that is 400 miles away. Strangely, although he was never involved with the FARC, a leftist guerrilla group, Daniel was recorded as a guerrilla fighter who had been killed in combat with the Colombian military.

In 2008, months after Daniel went missing, the “false positives” scandal broke and revealed that the Colombian military had been systematically killing innocent civilians as part of a body-count policy they adopted in their nearly 60-year conflict with the FARC. Investigations found that the military had kidnapped and killed mostly young men from rural and poor urban areas in order to inflate the number of enemy combat kills to appear that they were succeeding in the conflict. Soldiers could be rewarded for kills by receiving promotions, time off or even money.

Over a decade after the scandal was exposed, mothers like Gloria and relatives still struggle to find the truth of what happened to their loved ones and to seek justice for the crimes.

Editor’s Note: After the publication of this story, the Jurisdicción Especial para la Paz (known as the JEP) issued an order for ex-general Mario Montoya to appear in front of the tribunal and testify about his involvement in the “false positives” cases. The hearing is set to take place on February 12, 2020.