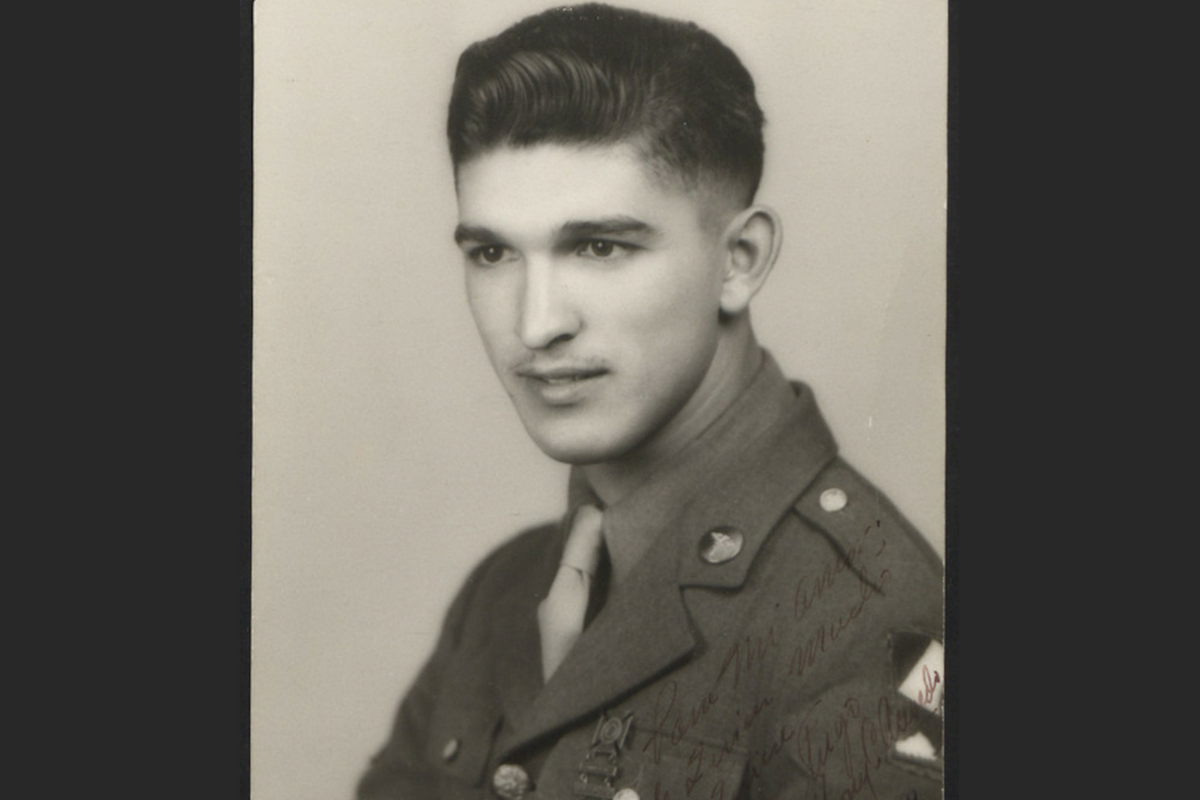 March 25, 1945: Palm Sunday. No chances of going to church; but still our prayers are holding everyone up. This day it reminded me of the hundreds of people attending mass at the cathedral in Durango, Mexico. I wish I could be there now.

This is an entry from the diary of Anthony Acevedo, which is housed inside the United States Holocaust Memorial Museum (USHMM) in Washington, D.C. Acevedo was a former Army medic and a prisoner of war during World War II.

In 1945, the 20-year-old Acevedo was held in captivity with other American soldiers inside a Nazi concentration camp called Berga. There, the soldiers were used as slave laborers, building tunnels for underground fuel factories. It was during this time that the Mexican-American medic kept a secret diary and documented the horrors he witnessed inside the camp.

Acevedo was liberated by American soldiers. After the war, he settled down in California, where he was born, but life after the war wasn’t easy. He suffered from PTSD. Yet, Acevedo held on to his war diary until 2010, when he donated the diary to the museum. That same year, he registered as a Holocaust survivor with the museum—the first and only Mexican-American to do so.

“He felt it was so important for the world to know exactly what happened to them with the hopes that this was would prevent it from ever happening again to others,” said Kyra Schuster, curator at the USHMM.

Special thanks to the United States Holocaust Memorial Museum
This episode originally aired in May 2018.

2 thoughts on “The Diary Of An ‘Undesirable’”