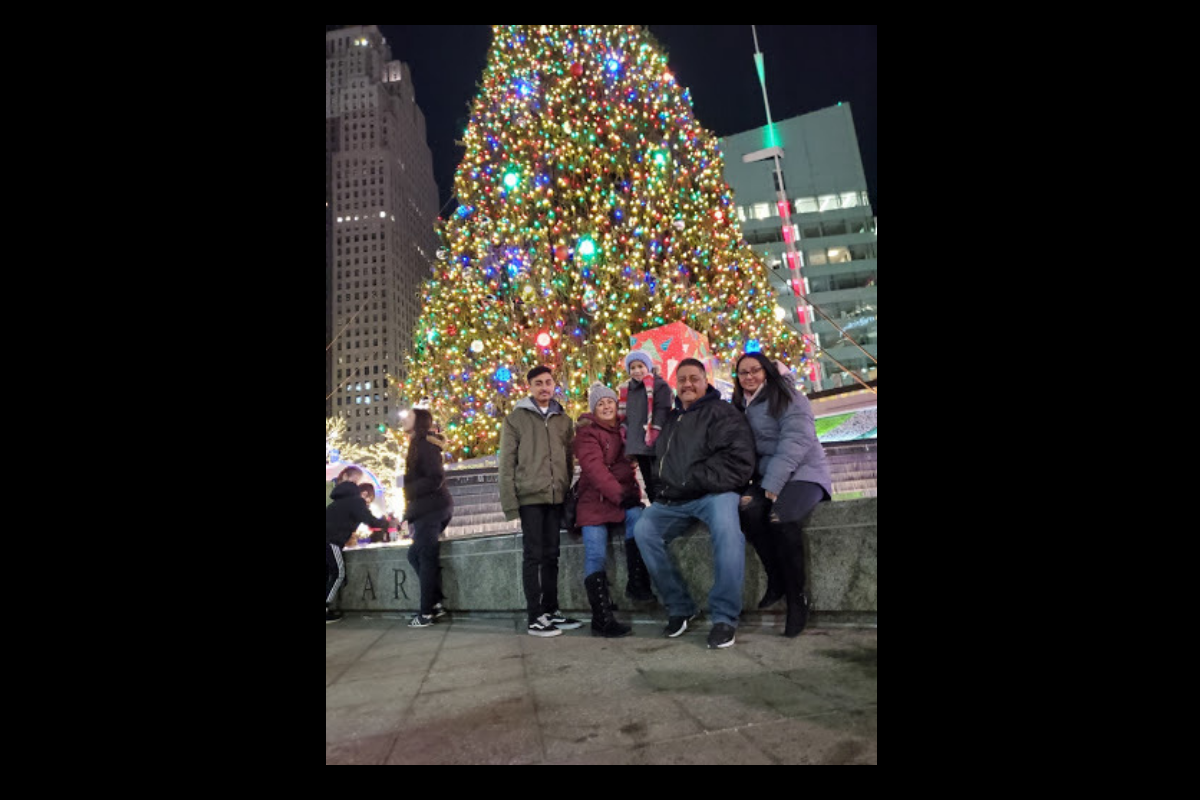 Jorge Garcia returns to his family right in time for Christmas. (Photo courtesy of Cindy Garcia)

Jorge Garcia, whose 2018 deportation made global headlines, has recently been granted permanent residency in the United States.

“I was waiting for a long time,” Jorge told Latino USA. “I am happy to be back with my family now.”

Jorge had been living in the U.S. for more than 30 years, since the age of 10, but had not been eligible for the Deferred Action for Childhood Arrivals (DACA) program because he was too old—he is 41 years old.

He was separated from his wife and two children in early 2018, following a more than 10-year long deportation battle. Immigration advocates captured his departure to Mexico on a Facebook live stream that went viral.

The family told Latino USA that while staying with relatives in Mexico, Jorge worked to get back to his wife and children living in Michigan. Shortly after arriving, his lawyer began filing the necessary paperwork and scheduling meetings at the U.S. embassy in Mexico.

The process involved a lot of waiting, almost two years of it.

“It was hard for him to leave but it’s hard to reunite with people too,” Jorge’s wife, Cindy Garcia, said. “Because we have lived separate lives and you get accustomed to your own life, to your own ways again.”

Jorge had to go through something called visa processing which required several in-person meetings at the U.S. Embassy. Additionally, Jorge had to wait for the Embassy to process two pardons. One of these documents waived Jorge’s past violations due to his unlawful presence in the United States while the other provision allowed him to request an adjustment to his legal status after being deported.

While having to deal with bureaucratic delays, Jorge said he felt like an outsider in a Mexico that was very different from the one he remembered when he was young.

The news that those pardons were approved came on December 23, and Jorge was on a flight back to his family two days later. He rang in the New Year alongside his wife and celebrated his 41st birthday with his children.

Cindy described the day of his return as a Christmas miracle straight out of a Hallmark movie. But while she said she is happy to have her husband home, she was sad about the time they missed together.

In 2018, Jorge’s story caught the attention of rapper Chamillionaire, who talked with Latino USA back then about he contacted a Detroit journalist to find a way to financially help the Garcia family.

Mayra Lorenzana-Miles, Jorge’s lawyer, said he will begin his application to become a U.S. citizen once the three-year waiting period has ended. She added that in the meantime, Jorge’s residency status offers some security but he stands in danger of deportation should it be found that he committed any crimes.

Jorge said he is looking forward to beginning the process of becoming a citizen.