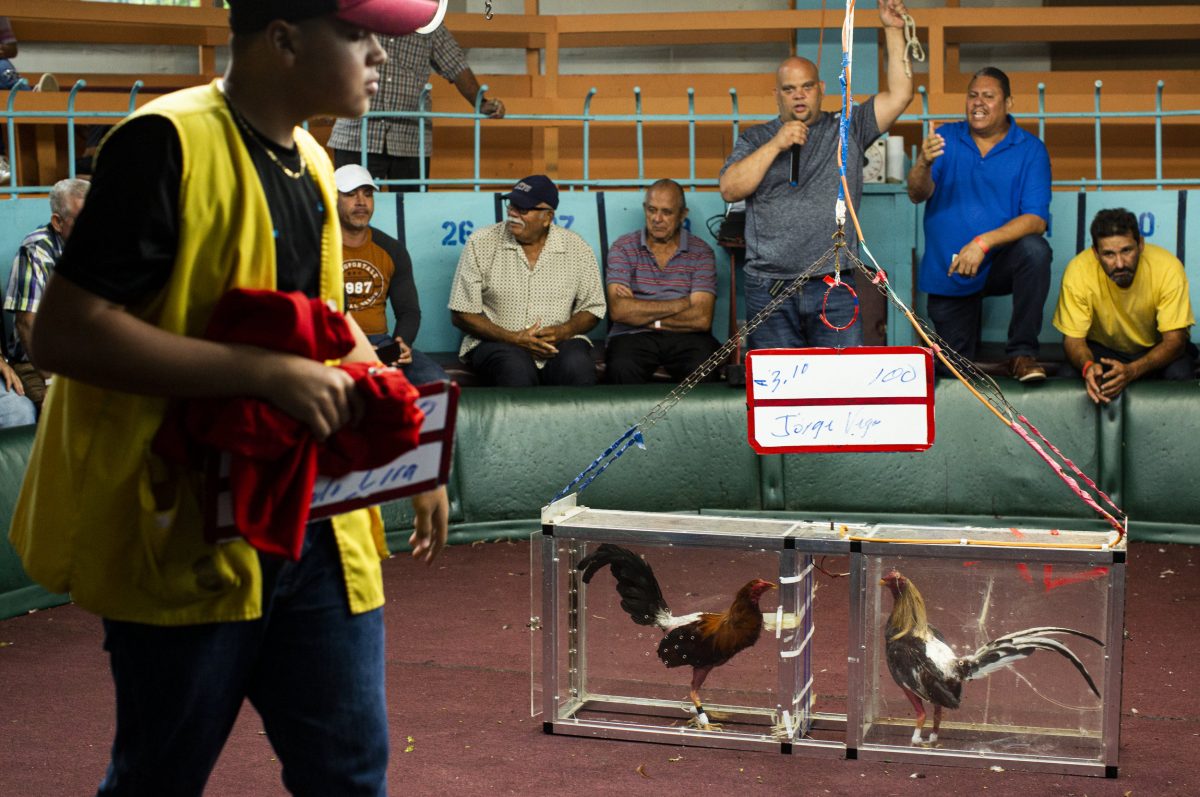 There are an estimated half a million roosters in Puerto Rico that local breeders raise for the sole purpose of cockfighting. Two hundred and fifty of those roosters live in cages in José Torres’ backyard in the mountain town of Utuado. He, like many other breeders, makes his living off of raising and fighting these hot-tempered birds. In fact, the multimillion-dollar pastime employs thousands of people on the economically-challenged island.

Spanish colonists first brought the sport over to Puerto Rico. But now, the island’s inhabitants claim cockfighting as part of their own heritage—and right. Families pass on the rooster-raising traditions and many families are also financially dependent on it.

Cockfighting became illegal in all 50 U.S. states in 2002, when the Animal Welfare Act was amended to make the penalty for shipping, exhibiting or sponsoring birds for fighting a misdemeanor. In 2007 the penalty was raised to a felony. For years, U.S. animal rights advocates have said cockfighting is cruel and inhumane, and have lobbied Congress to ban the blood sport in U.S. territories. In December of 2019, they finally succeeded and it became illegal in the last places where cockfighting was still allowed under federal jurisdiction.

In a special episode from NPR’s Code Switch, reporter Adrian Florido headed down to the island and attended many cockfights to understand what the ban means for Puerto Ricans. He also spoke with several breeders who said they have no intention of quitting the sport, even if they have to fight authorities who attempt to take away their beloved birds.

This piece was produced by Adrian Florido and Maria Paz Gutierrez, and edited by Alison Macadam and Leah Donella. Featured image is by Erika P. Rodríguez for NPR.