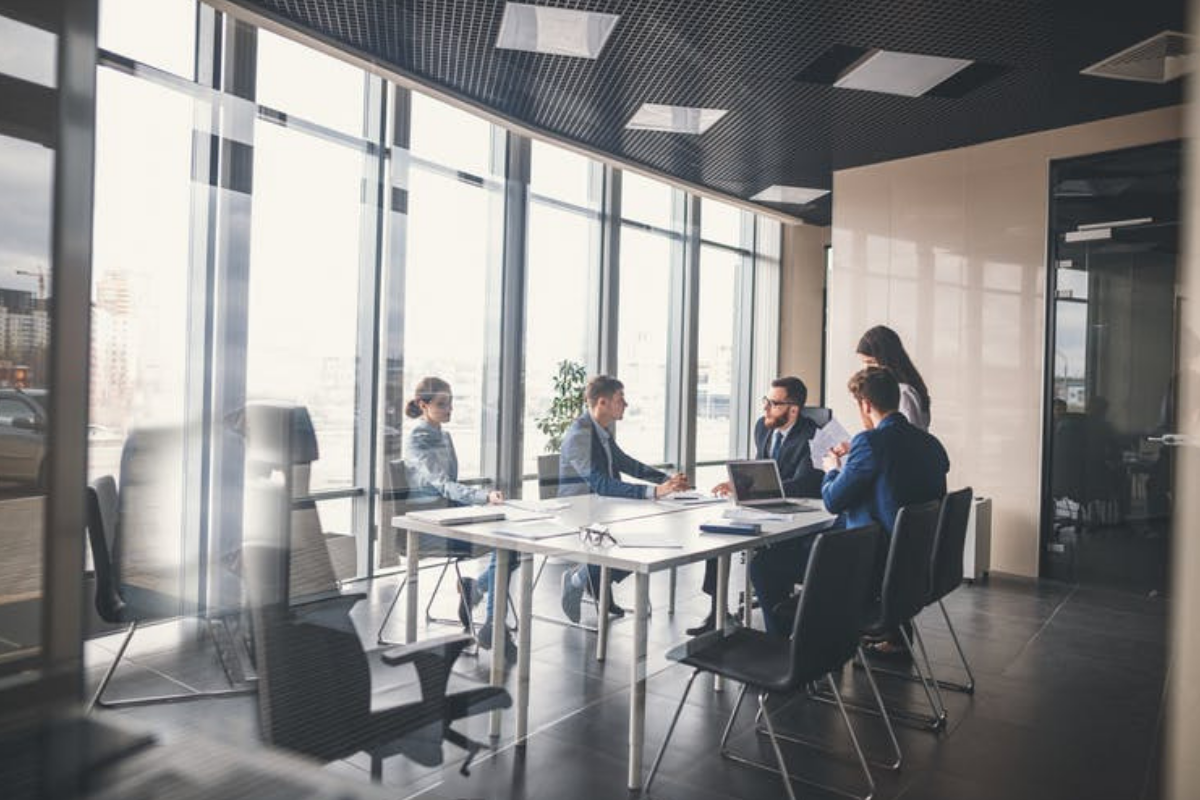 American executives only represent a fraction of the workforce. (Photo by UfaBizPhoto/The Conversation)

Many organizations have prioritized workplace equality and access to high-paying, executive level jobs for minority groups in recent years.

However, according to our own 2019 analysis, white men still hold the majority of executive positions such as CEOs, management directors and financial officers.

As economic and communication scholars, we looked at Equal Employment Opportunity Commission employment data for executives at large and mid-sized companies. Our analysis shows that white men sit in 85% of these high-paying boardroom positions while representing only 38% of the U.S. workforce.

The dominance of white male executives, however, is by no means evenly distributed across the country. Our report tracks representation among Hispanic executives city by city.

Statistics from 2017 show that Hispanics make up 17% of the labor force. However, they occupy only 4.3% of executive positions in the U.S. Hispanic representation is roughly equal to that of black executives and somewhat lower than Asian American executives.

The gap between labor force and executive representation is wider among Hispanics than any other group.

Executive jobs offer salary —US$155,586 on average— benefits and job security that simply are not available in lower level positions. They also offer the power to drive initiatives, including those focused on diversity.

Where Do The Hispanic Executives Work?

Pittsburgh is the only large city in the U.S. to nearly reach equity. Hispanics comprise 1.3% of the city’s executive workforce and 1.4% of its overall labor market.

These findings fall in line with our earlier research showing that minority representation in executive positions is highest in areas with the lowest minority population.

The final city in the top five, Miami, stands out for its high representation of Hispanic executives at 24.6% and high percentage of Hispanics in the overall workforce at 44.1%.

This is especially true with regards to the many media-based companies located in Miami, such as Telemundo, which targets consumers throughout the Spanish-speaking world.

Trends At The Bottom

So how do things look at the other end of the scale?

New York City has the largest Hispanic population in the U.S with 2.3 million individuals. They comprise of 22.6% of the city’s total workforce, including 28.7% of its service workers and 40% of its laborer positions.

But only 4.5% of New York’s executives are Hispanic.

New York matters because of the large number of Hispanics who live there and the relative power of its executive positions. In 2019, 73 of the Fortune 500 companies were headquartered in the city, among them Citibank, Verizon, MetLife and many other major firms.

It’s unlikely that there is one key factor behind the lack of Hispanic representation in these jobs. One possibility is an entrenched corporate culture in New York dominated by white male executives. Further, unlike in Miami, Hispanic cultural and linguistic backgrounds are perhaps less valued in these boardrooms.

This, however, shouldn’t eliminate the possibility for change. New York’s trade workers —a group once dominated by white men— now includes 21.3% Hispanic workers, one of the highest rates in the country. Efforts to develop Hispanic executive candidates similar to Miami’s youth entrepreneurship program or Pittsburgh’s business incubator program centered in the city’s Hispanic Beechwood neighborhood might lead to greater diversification of New York’s corporate offices.

Rounding out the bottom five are San Jose, Salt Lake City, Hartford and Oklahoma City, all cities with at least 10% Hispanic representation in the labor force.

Research indicates that boardroom diversity can positively impact both profitability and job satisfaction within companies, in particular by bridging the divide between company executives and lower level employees.

With recent reports showing stagnation in the overall number of Hispanic executives nationwide, it’s particularly important for cities and companies to consider what more can be done to bring more Hispanics into the boardroom.

To make change Hispanic workers need to be employed in positions that feed into to the highest company levels. Currently, 8% of all managerial and 6% of all professional positions in the U.S. are Hispanic, far below their labor market share of 17%.

These efforts are important nationwide. However, they apply critically in cities such as Houston, Dallas, Los Angeles, New York and Phoenix, all cities with large and deep-rooted Hispanic populations where representation is lagging.