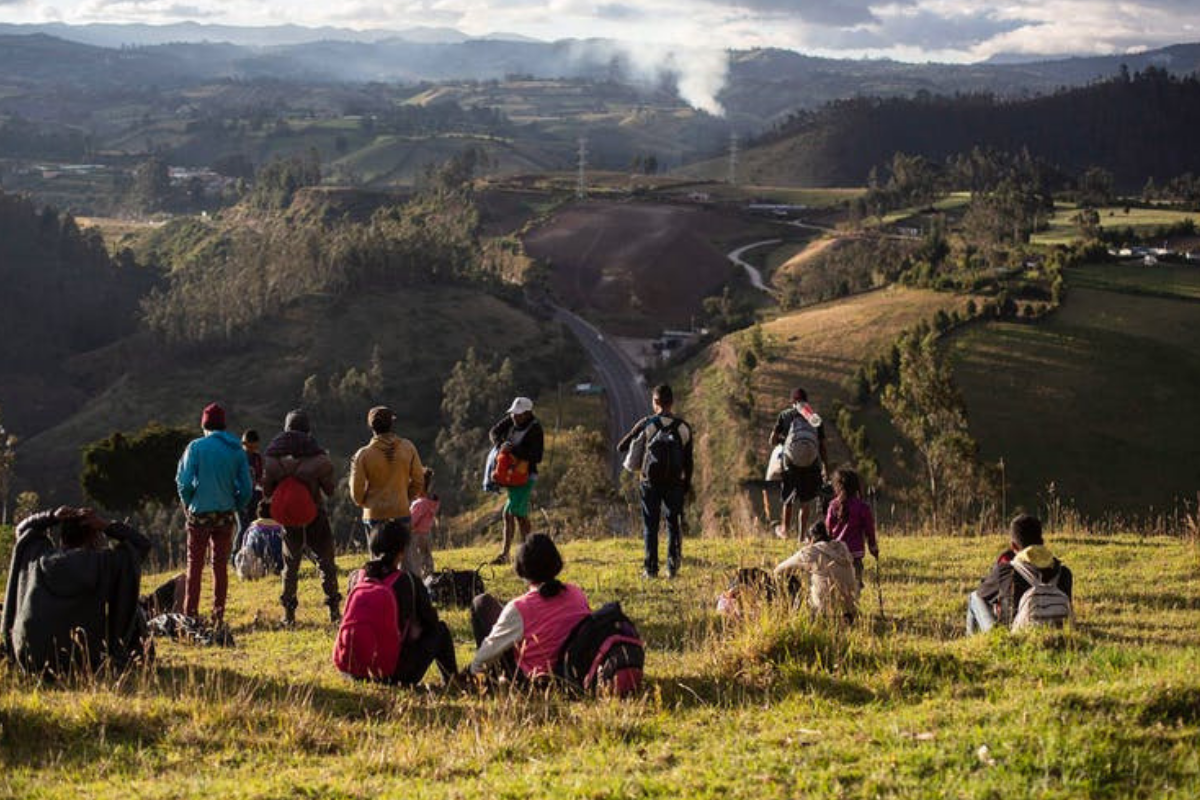 By Yvonne Su, University of Guelph and Tyler Valiquette

In the middle of the Amazon, in the Brazilian city of Manaus, sits the only LGBTQ+ refugee centre in Latin America: Casa Miga.

The center houses Venezuelan refugees who have traveled thousands of kilometers to flee violence, hunger and economic ruin in the aftermath of Venezuela’s economic and political strife. It is the first and only LGBTQ+ refugee center in Latin America. Too many of these refugees were confronted with the worst xenophobia and homophobia they have ever experienced as they made their journey.

As pro-LGBTQ+ movements grow around the world, those who are most vulnerable remain in precarious situations and are largely invisible to society. Since 2014, approximately 4.5 million Venezuelans have fled as a result of political turmoil and their country’s ongoing humanitarian crisis. More than 210,000 have sought refuge in Brazil. With limited resources, Casa Miga is forced to turn many of the LGBTQ+ refugees away. This makes them vulnerable to exploitation.

In July 2019, the United Nations called for governments to take action and further protect LGBTQ+ refugees. The situation in Manaus, however, is a reminder that such efforts are still lacking and should be happening on a much wider scale.

The Journey To Casa Miga

The journey into Manaus is characterized by its treacherous terrain and difficult-to-reach crossing points. Only one main road goes into the city from the north, rendering it extremely inaccessible. Julio (pseudonym), an LGBTQ+ refugee, walked “over 1,000 kilometers on rough roads and through thick rainforest” to the city of Manaus.

At the United Nations High Commission on Refugees (UNHCR) center in Manaus, asylum-seekers are asked a series of questions, including some involving identity and sexuality, to determine their specific needs. Depending on their answers, some are considered for Casa Miga. The shelter was made possible through the partnership of a local LGBTQ+ charity, Manifesta LGBT+, and UNHCR.

Still, shelters like Casa Miga and organizations like UNHCR are generally viewed negatively by the Brazilian public. Emilio Felix, the manager of Casa Miga, says: “People yell slurs at me when I walk down the street with my UN bag.”

We interviewed eight Venezuelan residents of Casa Miga in November 2019. Every individual told of experiencing violence, whether in Manaus or on the journey to the city. Each said they had been exploited for their labor. As a resident named Gabriel (pseudonym) explains: “We are treated as slaves.” Many of the residents engage in sex work and none are able to speak the local Portuguese.

They spoke of LGBTQ+ phobia and discrimination in the interviews. Natalia (pseudonym), a trans woman from Venezuela, experienced extreme violence on the day she was set to settle in Casa Miga. After being processed by the UNHCR, Natalia was walking to Casa Miga when she was targeted by a group of 12 men. They restrained and beat her before publicly shaving her head.

She was left traumatized, but the police were not interested in her case because she is Venezuelan. While it has only happened once to Natalia, other refugees have also reported incidents of violence to the police, only to be ignored.

Refugees At The Crossroads

The intersectionality of identifying as LGBTQ+ and as a refugee intensifies the vulnerability to violence and discrimination. With nationalism on the rise in Brazil and far-right President Jair Bolsonaro in office, violence, xenophobia and homophobia have seeped into the public rhetoric.

Bolsonaro has openly referred to refugees as “the scum of the earth”, and he has encouraged violence towards LGBTQ+ folk by stating that he would prefer his son dead rather than gay.

That means Casa Miga’s existence is under constant threat. Despite a commitment from the UNHCR, it remains the only LGBTQ+ refugee centre in Brazil. The center is incredibly under-resourced and relies heavily on local volunteers for its operation, fundraising and provision of basic goods.

There is a huge demand for Casa Miga, but as it stands, the center is only able to house between 10 to 20 people at a time due to a lack of food and beds. Many residents of Casa Miga believe that “no other shelter is safe” for them.

Casa Miga is a home for these refugees. It provides residents with a community. Some of the residents stated that, because of Casa Miga, they are truly able to explore their sexuality. “I was not able to truly be myself until I arrived at Casa Miga,” said Fabi (pseudonym), a resident of Casa Miga. Perhaps most importantly, Casa Miga keeps them safe and out of the closet in a climate of xenophobia and homophobia. As Caio (pseudonym), a LGBTQ+ refugee, stated: “Without Casa Miga, we would be dead”.

LGBTQ+ folk have unique health considerations that need to be acknowledged. If LGBTQ+ refugees are provided with this help, they would find themselves in a less precarious situation.

As our research shows, the humanitarian sector lacks sufficient resources to create unique shelters for LGBTQ+ asylum-seekers as shown by the challenges Casa Miga has faced and continues to face. Displaced LGBTQ+ folk are among the most vulnerable refugee groups in the world, both physically and psychologically. Researchers, policy-makers and practitioners alike need to do a better job at investigating the needs of LGBTQ+ people and at creating a system that addresses these vulnerabilities.