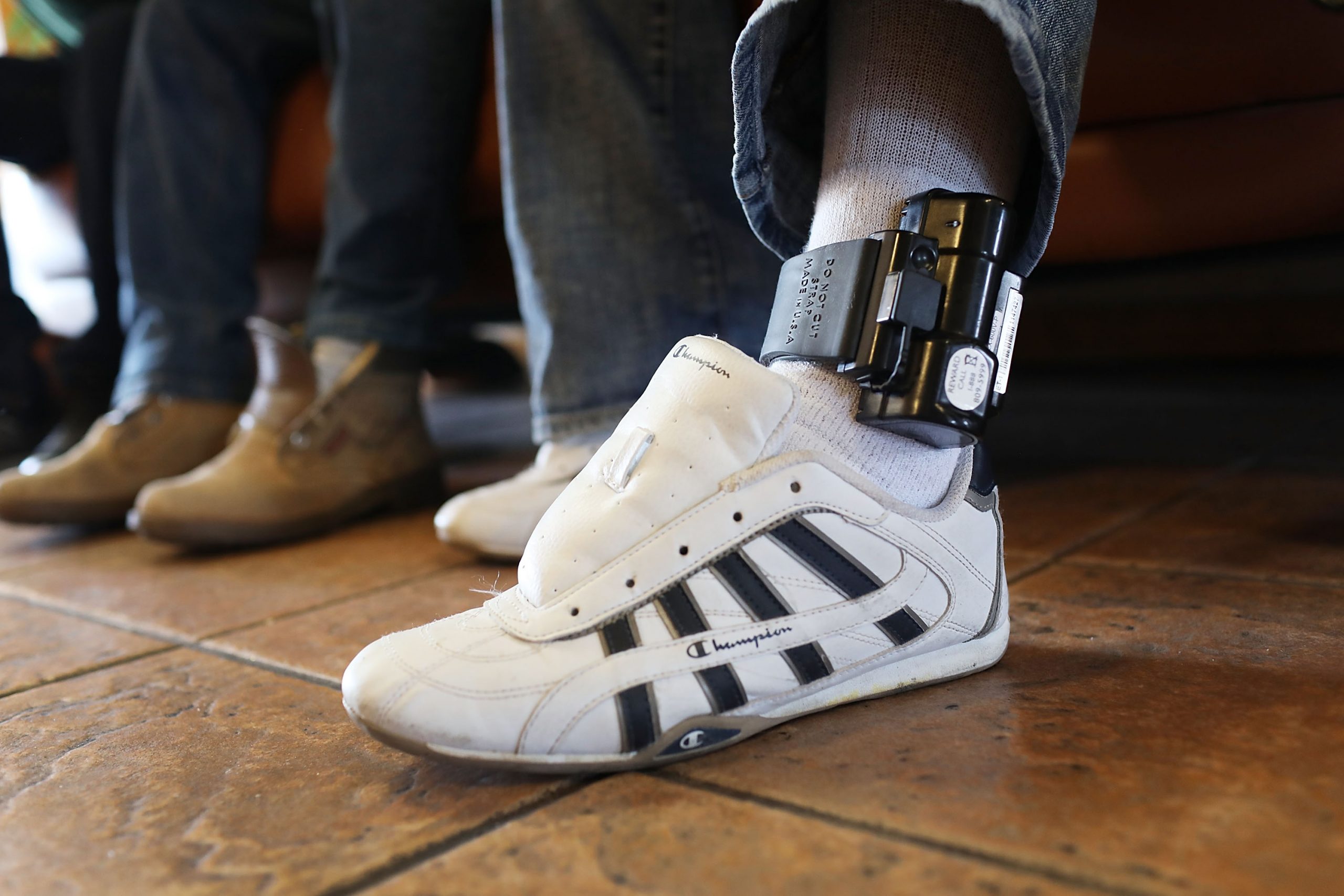 In this July 25, 2019 photo, a man wears an ankle bracelet as he is cared for in a facility in El Paso, Texas. (Photo by Joe Raedle/Getty Images)

Two undocumented women from Guatemala living in Oregon have been deported without hearings since March 2019 over allegations made by Immigration and Customs Enforcement (ICE) officers that they were tampering with their ankle monitors and trying to remove them, according to a local service provider who worked with the two women’s families and advocates working on their cases.

Those familiar with the two women’s stories said they were arrested by ICE during their routine monthly check-ins for the Intensive Supervision Appearance Program (ISAP) and then deported a few months later. The women, the local service provider noted, had previously complained about the ankle monitors being too tight.

Women apprehended at the border with young children can be enrolled in the ISAP as a way for ICE to monitor them while they undergo legal proceedings in immigration court. Individuals in the ISAP are required to check in with their local ICE field office once a month and wear their ankle monitors at all times. ICE considers the ISAP to be part of its Alternatives to Detention (ATD) program.

Latino USA reached out to ICE for comment about the two women, who chose to not identify their case numbers to ICE. An ICE spokesperson could not comment via email about the cases but shared the following about whether tampering with an ankle monitor is cause for deportation:

“Tampering with an electronic monitoring device is a serious offense and may result in criminal charges. There are many situations, such as attempting to remove or rendering the electronic monitoring equipment inoperable, where an alien may be suspended from Alternatives to Detention (ATD) program and detained. As stated above, eligibility determinations are made after thorough review and on a case by case basis. Aliens removed by ICE are afforded due process in accordance with U.S. laws and regulations. While some aliens are removed quickly, some may go through lengthier removal proceedings. Tampering with an electronic monitor alone is not a factor to expedite removal, but aliens in detention centers are typically processed at a faster rate than those in the ATD program.”

The two women who have been deported speak Mam —an indigenous Mayan language— and have limited proficiency in Spanish. Both women are in their early 20s and have left young children and spouses behind in Oregon.

Although the two women would not discuss their cases for fear of their safety, Diego, an indigenous man from Guatemalan, told Latino USA that when he had his ankle monitors on, it hurt. He eventually was able to get it removed.

“It was difficult to work with the monitor. It’s heavy and it hurts. I took painkillers but it didn’t help much,” he said.

Diego had his ankle monitor initially loosened in Pittsburgh by ICE and then later taken off in Iowa after getting his passport from the Guatemalan consulate.

The women’s caseworker made it clear that they never tried to remove or tamper with their ankle monitors, noting that the women were just in serious pain and had tried to loosen them on their own between check-ins by merely putting their fingers between their skin and the ankle monitors.

“If these women were trying to tamper with the monitors or remove them, then why go to their check-ins at all?” the caseworker said.

The caseworker added that one of the women deported went to the emergency room before her last check-in, complaining of pain and circulation problems. She left with a letter from a doctor asking ICE to please either loosen the ankle monitor or find a different way to track her. The woman allegedly presented the letter but ICE officers allegedly dismissed the letter, asserting that it was just a “cover-up” to her story.

In 2015, Latino USA spoke to mothers who also had complaints about ankle monitors, reflecting an issue that has been going on for several years. At the time of this story from five years ago, approximately 12,000 people were wearing ankle monitors.

“Emotionally, psychologically, it feels bad,” a young mother, Karina, told Latino USA in 2015. “I never thought it would be like this, I came fleeing violence.”

2 thoughts on “Caseworkers Say ICE Accused Women Of Tampering With Ankle Monitors, Leading To Their Deportations”