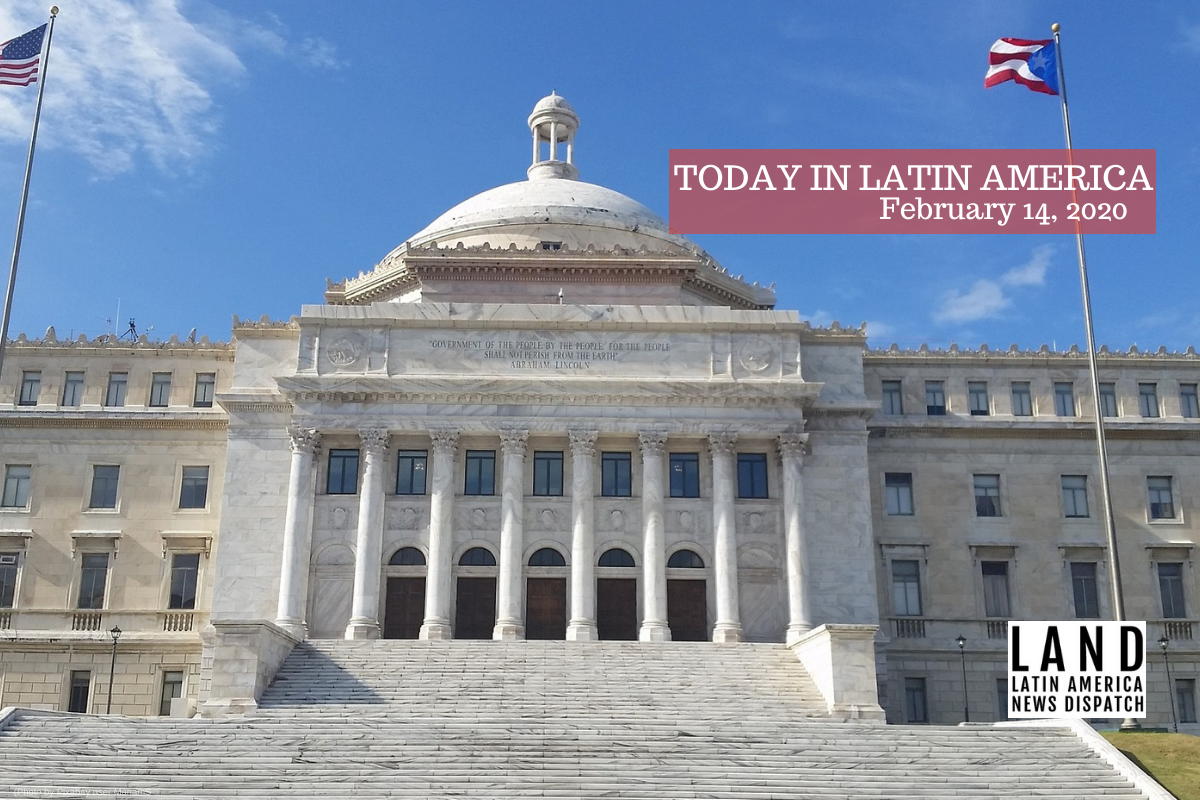 The Capitol of Puerto Rico. (Photo via Pixabay user MariamS)

PUERTO RICO: An online phishing scam attempted to snatch at least $4 million in funds from several government agencies in Puerto Rico. The Associated Press reported that officials froze $2.9 million, but have not confirmed how much the hacker managed to steal. José Ayala, head of an official fraud unit, said someone hacked into a computer at the Employee Retirement System and then posed as a government worker, instructing various agencies to use a fraudulent bank account.

Puerto Rico’s Industrial Development Company and the island’s Tourism Company sent more than $2.6 million in pension funds and $1.5 million, respectively, to false bank accounts. The government noticed the problem when the employee whose computer had been compromised asked those agencies about the missing payments. Puerto Rico’s public affairs secretary assured employees that the hack would not affect their pension checks.

This kind of attack is called a “business email compromise,” and it is common around the United States, with 23,700 of these scams on the U.S. mainland last year and losses of more than $1.7 billion. The FBI said it was able to recollect more than  $300 million of that money. The FBI is looking into this most recent hack, as Puerto Rican legislators, facing widespread distrust in the government, demand an investigation.

BRAZIL: Bolsonaro attacked Pope Francis after the pontiff’s plea to protect the Amazon and criticized Greenpeace, calling the organization “rubbish.” A day earlier, Francis called on Catholics to “feel outrage” about deforestation, mining, and the exploitation of indigenous people in the Amazon. Brazil’s far-right president repeated his argument that critics like the Pope are stepping on Brazilian sovereignty. “Well, the pope may be Argentinian, but God is Brazilian,” he said. Brazil’s former president Luiz Inácio Lula da Silva visited the Vatican the same day, tweeting that the two men talked about “prospects for a more just and fraternal world.”

PARAGUAY: The family of Brazilian journalist Léo Veras said two men shot and killed him in his home in Paraguay on Wednesday night. A journalists’ union said Veras had been receiving death threats related to his investigations of smuggling on the Brazil-Paraguay border, in which cigarettes, drugs, pesticides, and other commodities pass illegally from one country to the other. The town where Veras lived, Pedro Juan Caballero, is located in this region; it is also where at least 75 prisoners linked to an organized crime group escaped from jail last month. Paraguayan police are investigating Veras’ killing. The journalist’s house had security cameras, but they were not working on the day of the crime.

VENEZUELA: Authorities detained Juan Guaidó’s uncle, accusing him of carrying explosives and bulletproof vests after the opposition leaders’ three-week international tour. The government stopped Juan José Márquez on his way through Simón Bolívar International airport. Guaidó said he last saw his uncle before entering the arrivals hall, where there was a confrontation between government and opposition supporters. On Twitter, he called President Nicolás Maduro “a coward … who does not show his face, who does not dare to step in a public square without security.” The government confirmed the arrest.

HAITI: As Carnival approaches, the Haitian police, public, and members of the diaspora are worried about a spike in kidnappings. The rise in abductions, along with the circulation of reports on social media, have spread confusion and doubt, with many Haitians abroad debating whether to return for next week’s festivities. A new internet campaign asks people to Bat Tenèb, or “Beat back the darkness” and bring awareness to the issue, and protesters gathered in front of the presidential palace calling for more action from police. Police spokesman Michel-Ange Louis-Jeune confirmed 15 “kidnapping-for-ransom” cases last month, but the size of the increase is still uncertain.

GUATEMALA: Lawmakers approved new regulations that give the executive branch authority to shut down non-governmental organizations that it considers “disruptive.” Critics say the change is unconstitutional and worry the government could use it to stifle dissent. President Alejandro Giammatei, who has veto power, seems to agree with parts of the bill, saying “we all want transparency” on NGO funding. One provision states that “no donation or external financing may be used to carry out activities that disturb the public order in national territory.” Leaders of organizations that run afoul of the new law could see their groups shut down and face criminal or civil charges.

MEXICO: Mexicans have been posting artwork, photography, and quotes along with the name Ingrid Escamilla, a woman whose partner stabbed her to death last Sunday. Outraged after media outlets shared leaked photographs of Escamilla’s body, activists asked newspaper executives to apologize, and not to repeat the “re-victimization of murdered women.” By posting drawings and nature scenes, Mexicans hoped to bury the gruesome images and change the search results for Escamilla’s name. Feminist collectives also planned protests for Feb. 14 and 15 to demand action on gender-based violence. According to Mexico’s Attorney General, the country has seen an 137% increase in femicides in the last five years.

US-MEXICO: The Department of Defense will shuffle $3.83 billion of its budget from a funding pool used for equipment and aircraft to the border wall. The plan echoes the Trump Administration’s intent to use $7.2 billion in Pentagon funding for the project. Although Congress normally has control over appropriations, a “counternarcotics law” allows the executive branch to build barriers in smuggling areas, and another statute says the Pentagon can divert funding toward infrastructure during a national emergency. The $7.2 billion would be enough to build nearly 900 miles of the wall by 2022, helping Trump show he is delivering on a central campaign promise.

UNITED STATES: New York Governor Andrew Cuomo met with President Trump to discuss the White House’s new restrictions on “Trusted Traveler” programs, which expedite airport security procedures for some passengers. Cuomo said he would be willing to share the driving records of “Trusted Traveler” applicants the federal government, but not those who applied for a license under the state’s Green Light law, which does not require drivers license applicants to prove their immigration status. The law also prohibits the Department of Motor Vehicles from passing applicants’ information to federal officials. In a news conference, Cuomo promised that the White House will not “extort New York into giving them a database of undocumented people.”