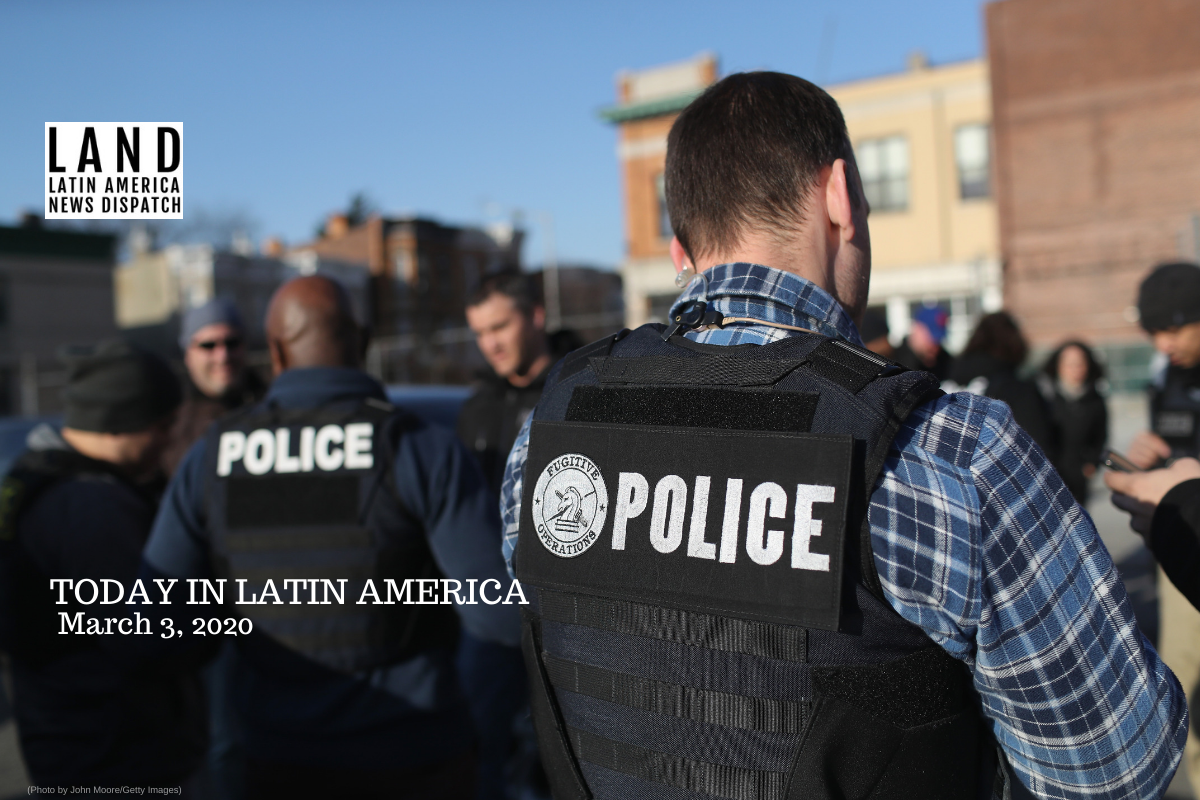 UNITED STATES: A new class-action lawsuit accuses U.S. Immigration and Customs Enforcement (ICE) of keeping nearly all arrested immigrants locked up instead of releasing them to wait for their court dates. Bronx Defenders and the New York Civil Liberties Union (NYCLU) partnered on the lawsuit against the agency. ICE is legally mandated to evaluate cases individually and release people who do not pose a threat or a flight risk.

ICE uses an algorithm to determine whether people should be held in detention or let go before their hearing. The lawsuit asks for the algorithm, known as a “Risk Classification Assessment” tool, to be ruled illegal and for detainees to be reassessed individually.

A Freedom of Information Act request filed by the NYCLU found that from 2013 to June 2017, ICE released 47% of those it arrested to wait for their hearings. Between June 2017 and September 2019, the agency only released 3%. ICE declined to comment on the lawsuit, but confirmed it changed its practices in summer 2017 to meet executive demands for stricter enforcement.

CHILE: President Sebastián Piñera signed a new law that toughens punishment for crimes against women. “Gabriela’s Law,” named after a woman killed in 2018 by her ex-boyfriend, sets a minimum penalty of 15 years for femicide. The law defines crimes against women as crimes that “represent a manifestation of hatred, contempt or abuse because of gender.”

COLOMBIA: Yesterday, we brought you news about a court case being heard in Colombia that would expand abortion access to include procedures up to 16 weeks after gestation in addition to cases involving rape, fetal deformities, and when the woman’s life is at risk. Colombia’s Constitutional Court struck down the new provision yesterday, leaving the previous conditions for legal abortion in place.

VENEZUELA: Two former directors of the state run oil company, PDVSA, were arrested, according to a government statement released yesterday. Alfredo Marcial Chirinos Azuaje and Aryenis Torrealba were detained for allegedly giving confidential information to “facilitate United States’ influence with the pretext of sabotaging the oil industry with the imposition of unilateral and illegal measures.” The Maduro regime declared Torrealba and Chirinos as “high level collaborators” with the United States and asked that a criminal investigation be opened. Maduro ordered a reorganization of PDVSA last week, with the company under increasing pressure due to sanctions.

DOMINICAN REPUBLIC: The Dominican Republic’s Minister of Public Health, Rafael Sánchez Cárdenas, said he is expecting “to see more cases (of coronavirus) in the future,” after the confirmation of the first infected patient in the country on Sunday. Cárdenas said health authorities are searching for the people who had contact with the patient, a 62-year-old Italian citizen, to detect suspected cases as soon as possible. He also accused the opposition of spreading panic. Protection masks are reportedly scarce in the country’s stores.

GUATEMALA: A court in Guatemala sentenced the country’s former congressional president, Pedro Muadi, to 30 years in prison for money laundering, illegal association, and embezzlement. Investigators said Muadi stole more than $500,000 of public resources by hiring employees who didn’t work and diverting their salaries to his own businesses. Muadi will be prohibited from being in a public position for 50 years. Another 28 people were also found guilty in the trial, the majority of whom were employees of Congress between 2013 and 2015. After the verdict, Muadi said the charges were “politically motivated.”

NICARAGUA: The number of Nicaraguans seeking asylum in Costa Rica may reach 125,000 by the end of 2020, according to officials. The estimate totals about 2% of Nicaragua’s population. Many of the migrants who have fled since Nicaragua’s political system fell into crisis in April 2018 are farmers who rent lands on the rural north side of Costa Rica. Some had to abandon their previous careers and university studies to flee.

MEXICO: Two sex-crimes investigators from the Vatican will visit Mexico later this month to help uncover abuse and impunity among that country’s Catholic leadership. The Vatican embassy promised confidentiality to survivors who speak to Monsignor Jodi Bertomeu and Archbishop Charles Scicluna, who will also meet with Mexican bishops and other religious leaders. Mexico is the world’s second-largest Catholic country after Brazil and the extent of abuse in its clergy remains unknown. In 2018, Monsignor Jodi Bertomeu and Archbishop Charles Scicluna investigated Chile’s church, hearing from more than 60 survivors and prompting all of Chile’s bishops to resign.

MEXICO: Mexican health authorities have confirmed five coronavirus cases in the country. The latest patient to test positive, a woman in the southern state of Chiapas, was not experiencing symptoms from the virus. Like another coronavirus patient from northern Mexico, she had been studying in Milan, Italy. As the disease spreads around the continent, journalists and activists worry it could spell disaster for migrants waiting for immigration court hearings near the U.S.-Mexico border.

In Matamoros, MX there is a refugee camp in all but name. US gov, MX gov, NGOs—none is responsible for it. Most of its residents have court dates in the US—it’s waiting for those court dates that has them in Matamoros to begin with.

What happens when coronavirus hits?