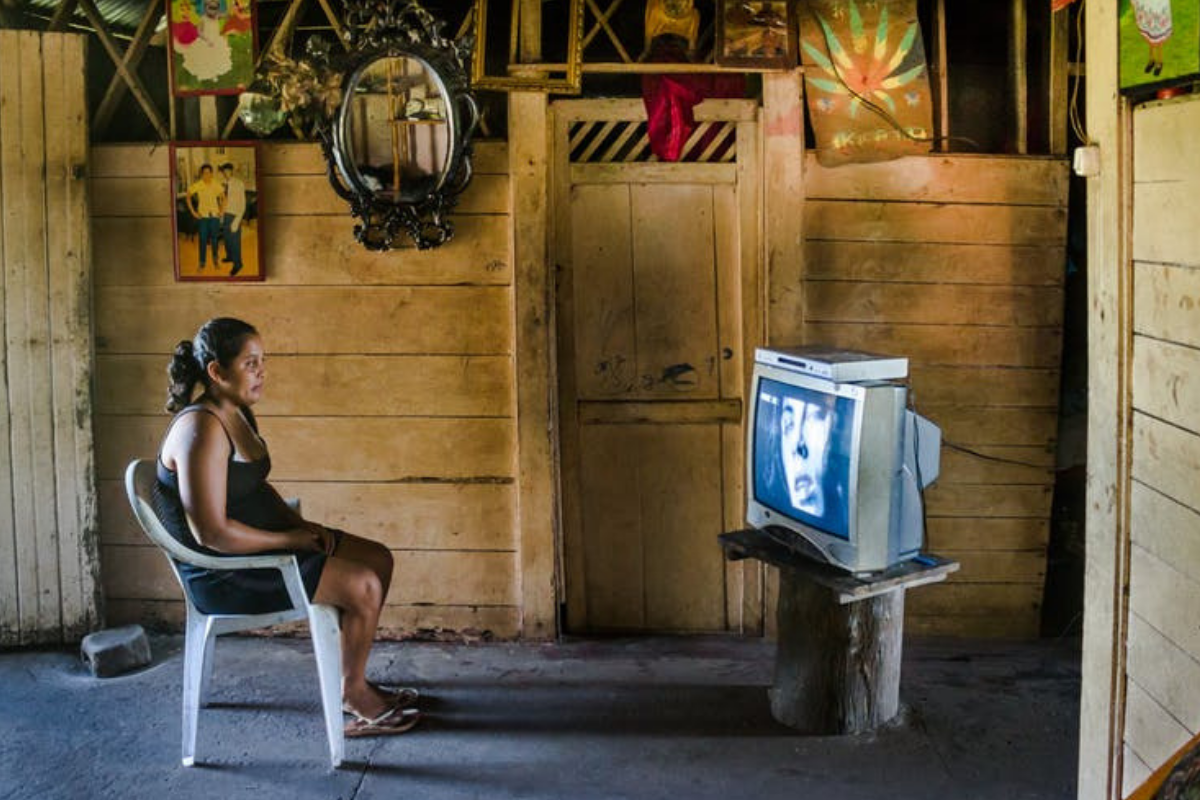 Think about the last time you watched a film or picked up a magazine. Chances are the majority of models and actresses were young, beautiful and slim—or even underweight.

Research shows that in films and TV programs heavier characters are more likely to be lower status, the target of jokes and are less likely to be lead or romantic characters. This sends a very clear message: that thinness is normal and desirable.

For many young people, this emphasis on extreme thinness in women seems normal. But it’s actually relatively new and seems to have arisen in parallel with the growing cultural dominance of mass media—films, television and magazines. Models, for instance, became thinner across the latter half of the 20th century, and are now considerably slimmer than depictions of female beauty in preceding eras. Just as in the past when the development of shape-altering garments changed ideas about body shape, the mass media now seems to have changed ideas about body size.

Current body ideals in Western Europe and North America are also significantly slimmer than in other cultural groups, such as Tanzanian hunter-gatherers, black South Africans or rural Malaysians. And it’s been argued this large gap between the ideal female figure and most women’s own bodies is a key factor in the endemic levels of body dissatisfaction and eating disorders in countries such as the UK.

Body dissatisfaction and rates of disordered eating are increasing globally, and the spread of mass media may be one reason why. But it’s a challenge to link increasing media access with changing body ideals —because as populations gain more access to media, they also change in other ways. They may become more urbanised, wealthier and have better access to nutrition— all of which can lead to differences in body ideals.

This is why we have spent three years running a research project in an area of rural Nicaragua—where access to mass media is often unrelated to urbanisation or nutrition.

The government in Nicaragua has been increasing electrification of the rural Caribbean coast. This has led to a region where very similar neighbouring villages differ in whether or not the residents have access to mains electricity—and whether they can run televisions. There are no magazines in this region. And at the time of our research, very few residents had access to smart phones, making television viewing a good measure of total media access.

We recruited 300 participants from seven villages around the region. Some villages had regular electricity supplies, others did not. Because the region is very ethnically diverse, we also balanced our sample across four main ethnic groups. Generally among our participants, those of Mestizo ethnicity—who have the highest levels of European heritage – tend to prefer slimmer figures than those of more indigenous or Afro-Caribbean heritage, such as the Miskitu, Garifuna and Creoles.

Our research found that above and beyond ethnicity, those who watched more television preferred slimmer bodies. Specifically, our analysis suggested that people who watched approximately three hours of TV a week preferred a body one full point slimmer on the Body Mass Index than someone who didn’t watch TV. On a woman of average height, that’s about a difference of three kilos. We also found the more people watched TV, the slimmer their preferred female body size became. This was true for both men and women.

Over the three years, we also collected data from a small village without electricity. For a short period of time, one house in this village had a small TV powered by a solar panel. Residents were also able to watch TV for short periods of time if they travelled to other communities. We found that over the three years, villagers tended to favour thinner figures when they had been able to watch more TV, suggesting that real-time change may be happening in these communities.

When we showed residents of two villages without TV images of typical or plus size media models, their preferences shifted in the immediate aftermath of viewing these images towards thinner figures. Again this was true for both men and women.

By studying one population in depth, and by also having previously ruled out evidence for impacts of nutrition in this population, we have been able to give the strongest evidence to date that visual media really does change people’s perception of the ideal female body.

Our findings also support the argument that increasing global rates of body dissatisfaction and eating disorders are driven at least in part by the expansion of globalized mass media.

Of course, television is in many respects a valuable and important source of information. Our participants considered that besides entertainment, television gave them a vital link to the rest of Nicaragua, to political news, and lifesaving services such as storm warnings. But while it’s important that such benefits be maximized, threats to women’s body image must be minimized.

Body positive education can help here, and this is something we are working on with local groups. But ultimately, media producers and commissioners must do a better job of diversifying their content to reflect a range of sizes and body types.