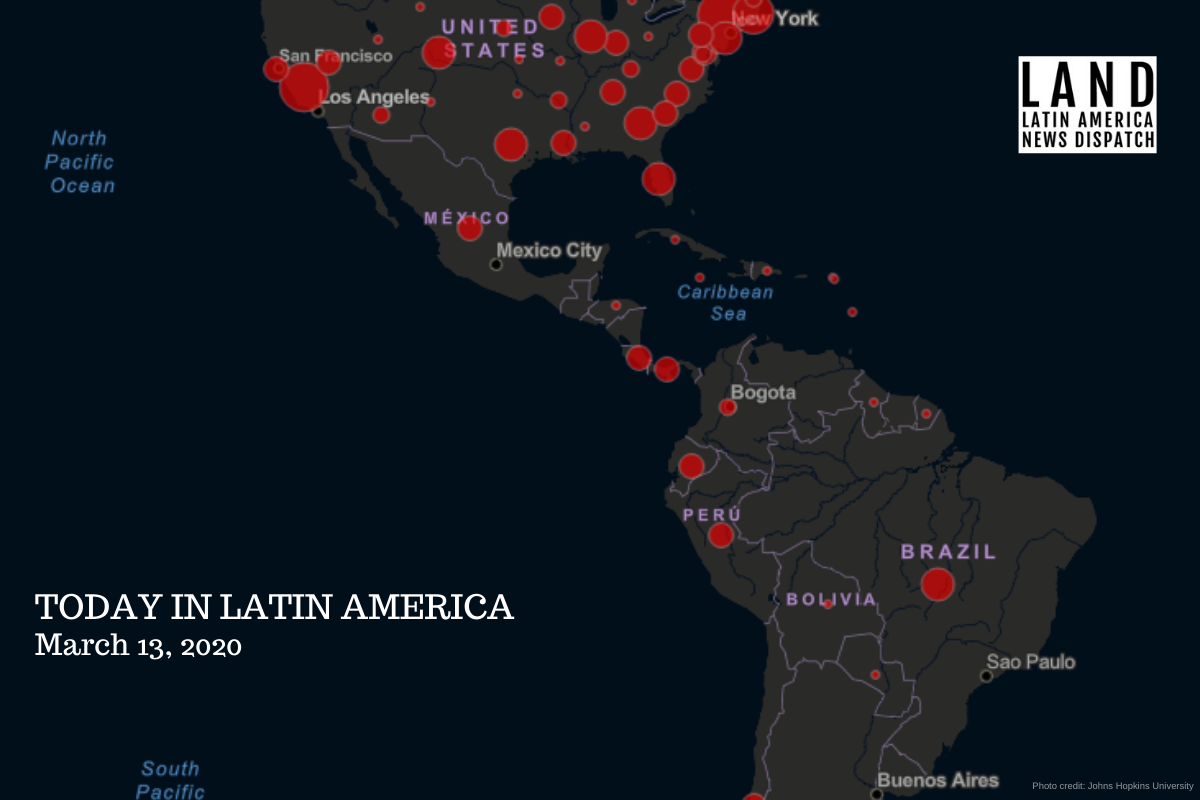 UNITED STATES-CENTRAL AMERICA: Advocates and officials are concerned that the steady arrival of deportees from the U.S. and Mexico to Central America could complicate the region’s ability to contain the coronavirus.

On Tuesday, Honduras became the third country in Central America to confirm cases of coronavirus. The two cases in Honduras involved people who had returned from Europe, but three men deported from the U.S. also arrived with symptoms of the virus. The deportees were placed in isolation.

El Salvador and Guatemala continue to receive deportees and are monitoring them for symptoms of the coronavirus. A Guatemalan man tested negative for coronavirus after arriving on a flight of deportees from Miami earlier this week. An official at the Salvadoran Institute of Migration called for a suspension of deportations while the government prepares for the virus.

The pandemic has reached the region just as Honduras and El Salvador were due to implement “safe third country” agreements with Washington. Under this agreement, migrants seeking asylum at the U.S. border will instead be diverted to Central America. Health workers warned that the virus will inevitably reach immigration detention centers where overcrowding and limited healthcare would exacerbate the spread of the virus.

With no sign that the U.S. and Mexico plan to suspend deportations, experts called for more medical screenings before migrants are placed on planes or buses.

UNITED STATES-BRAZIL: Brazil’s communications director, Fábio Wajngarten, tested positive for coronavirus on Thursday. Last weekend, Wajngarten accompanied President Jair Bolsonaro to Mar-a-Lago in Florida to meet United States president Donald Trump and other White House officials. Bolsonaro was tested for coronavirus, and the test results are still unknown. White House press secretary Stephanie Grisham said that Trump and Pence had limited interaction with Wajngarten. However, Wajngarten posted a picture posing alongside Trump and vice president Mike Pence and there are pictures of Bolsonaro and Trump shaking hands on Saturday. According to the White House, Trump does not plan to be tested or to self-quarantine. Both Bolsonaro and Trump have tried to downplay the threat of COVID-19. Days before, Bolsonaro even stated coronavirus and the health crisis are a “fantasy” created by mainstream media.

COLOMBIA: Colombia’s Supreme Court of Justice opened a preliminary investigation into former president and current senator Álvaro Uribe. This decision took place after the government found audio transcripts that signal a vote buying scheme. While the government was investigating the murder of the alleged drug trafficker, Ñeñe Hernández, they intercepted a call between Hernandez and a woman discussing a vote buying scheme in the Atlantic region in favor of now President Iván Duque. That woman is supposedly María Claudia Daza, who is Uribe’s advisor. During the call, the woman mentions the name “Uribe” and “Iván.” Uribe claims he never met Hernández, despite the picture of them together. Daza claims she is not the woman in the audio.

VENEZUELA: President Nicolás Maduro announced a month-long suspension of airline travel from Europe and Colombia into Venezuela to prevent the novel coronavirus from spreading into the country. Currently there are no coronavirus cases reported in Venezuela, but considering the World Health Organization’s designation as a pandemic, Maduro said the country must prepare for its eventual arrival. Until now, 30 possible cases were tested but they were all negative. Maduro banned all public congregations and celebratory events to prevent the spread of the disease, and that the health system is in a “permanent state of emergency.” He is also considering closing the country’s borders to keep people coming from Brazil and Colombia, countries with coronavirus cases.

CUBA: Thousands of Cuban artists, activists and others are petitioning for the release of artist Luis Manuel Otero Alcántaram, who was arrested on charges of “insulting national symbols and damaging property” last Sunday. He was arrested on his way to a “kiss-in,” an LGBTQ protest against government censorship of a film featuring two men kissing. He has since been placed in “preventative prison” while he awaits a trial, facing charges that could send him to prison for two to five years. Otero has been detained at least 20 times prior to his arrest, due to his public performance art which often utilizes the Cuban flag or images of national heroes.

PUERTO RICO: Yampi Méndez Arocho was killed on March 5, 2020 in Moca, Puerto Rico, becoming the second transgender person in Puerto Rico to be killed this year. Méndez Arocho, a transgender man, was misgendered in initial media reports. Reports say that Méndez Arocho was assaulted by a woman hours before his death. His mother had called the police to report the attack, but there is little information as to what happened between her contact and Méndez Arocho’s death. LGBTQ activist groups have asked that officials do not rule out the possibility that the murder was a hate crime, and have called for investigations into his death.

GUATEMALA: Instead of having the opportunity to present their case in an immigration court in the United States, asylum seekers who reach the U.S. border are being flown to Guatemala, where they are told to seek asylum instead. At least 800 migrants from El Salvador and Honduras have been sent to Guatemala as a result of the new U.S. policy, called the “Asylum Cooperative Agreement,” which allows the U.S. to divert asylum seekers to Guatemala. The American Civil Liberties Union has filed a lawsuit against the administration, citing the lack of safety in the country as a danger for potential asylees.

MEXICO: More than 600 people with ties to the Jalisco New Generation Cartel (CJNG) were arrested after a six-month investigation known as Project Python, according to the Department of Justice and Drug Enforcement Administration. The CJNG produces and trafficks methamphetamine from Mexico to the U.S. It is one of the top organized crime targets in the U.S. The operation also netted 15,000 kilos of methamphetamine and nearly $20 million.

MEXICO: The number of confirmed coronavirus cases in Mexico is up to 15 as of Thursday. Health Ministry Director of Epidemiology José Luis Alomía said all of the people who tested positive have mild symptoms and are in isolation at home. In another news conference, President Andrés Manuel López Obrador said that the government will respond to the pandemic based on expert advice. Researchers at the national university estimates that Mexico will pass into the next stage, of local contagion, between March 22 and 30.