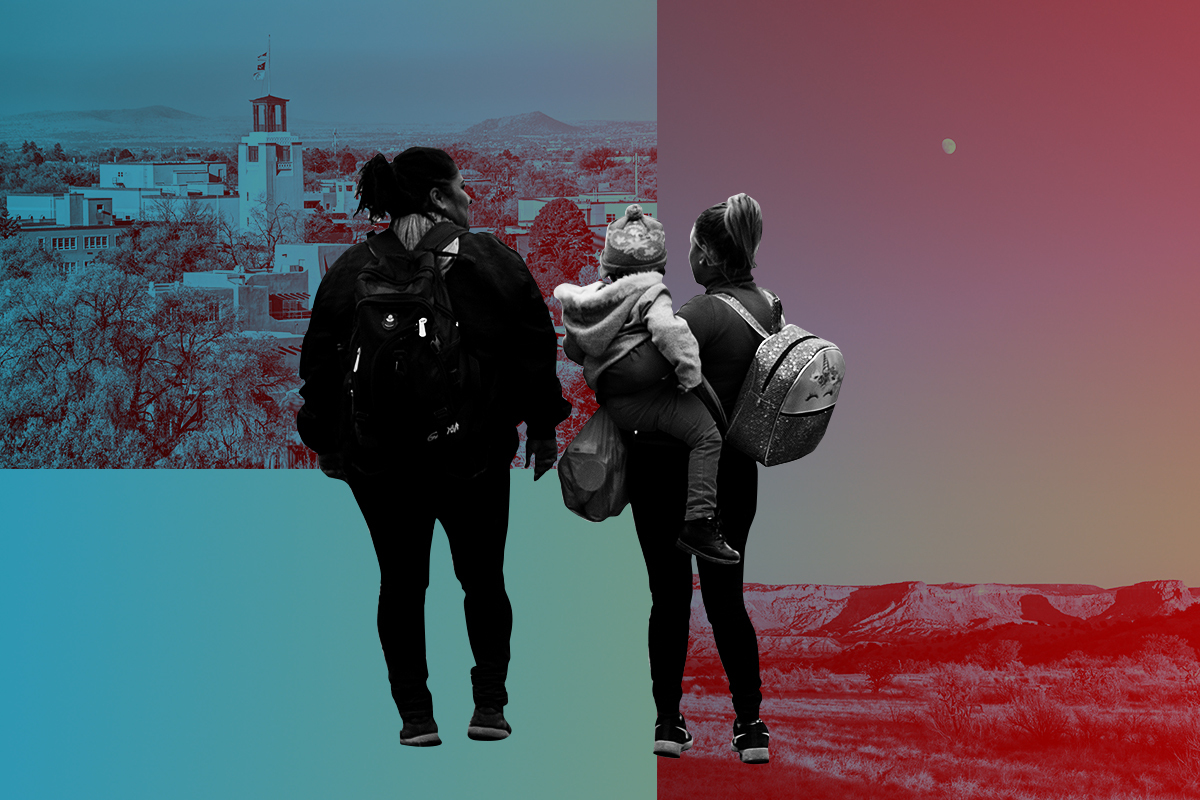 In 2019, the Trump administration began implementing what is widely known as the “Remain in Mexico” policy, which forced an estimated 60,000 people seeking asylum to wait in Mexico while their cases are being heard. As a result, many of the migrants trying to apply for asylum have been left to wait in sprawling camps along the border.

While the policy has been in place, though it has been challenged several times in federal courts, only a few asylum seekers who meet certain criteria have been allowed to enter the U.S. while they wait to hear if they will be granted a stay.

On this episode of Latino USA, journalists Fernanda Echavarri and Julia Lurie from Mother Jones went to Santa Fe, New Mexico, to talk to some of the few people allowed into the U.S. Fernanda sits down with Maria Hinojosa to talk about their ride-along with a social worker, Raisi Yañez, as he works to help these newly arrived people navigate trying to make a life, while stuck in limbo.

You can hear the report from The Mother Jones Podcast here.