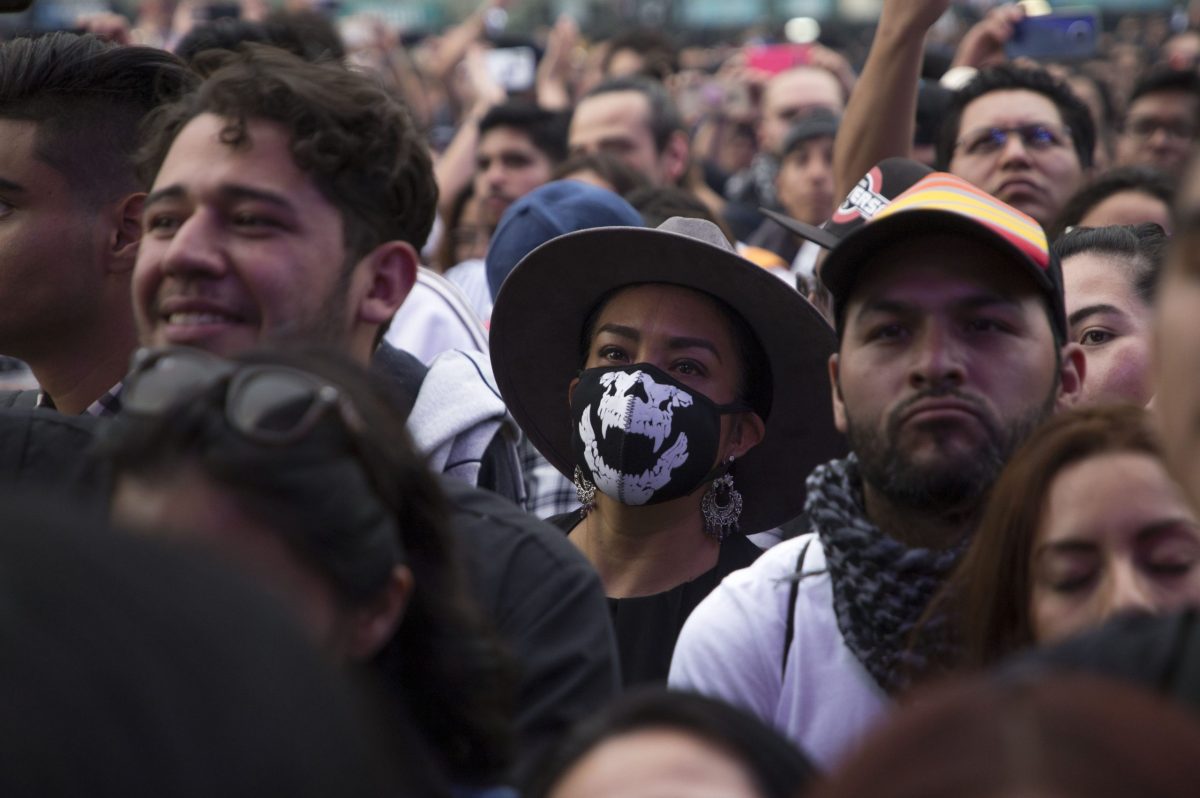 MEXICO CITY (AP) — Health authorities are imploring Mexicans to change lifestyles and deeply ingrained customs to slow the spread of the new coronavirus: Avoid physical greetings, keep your distance from others, avoid nonessential activities, among others. The message doesn’t seem to have sunk in with President Andrés Manuel López Obrador, who isn’t practicing what his own officials are preaching.

Touring the Mexican countryside this weekend, López Obrador gave a series of campaign-style speeches to crowds of townspeople touting his administration and barely mentioning the pandemic, saying Sunday that he has “great faith that we are going to advance our beloved Mexico, no misfortune will hurt us, pandemics, none of that.”

It’s how he spends most weekends, and a milieu in which he often seems most at home: Getting out of the crowded capital and pressing the flesh among poor, rural Mexicans who make up a core part of his base. This weekend though, his usual way of engaging locals was notable for contravening what his government’s coronavirus response team is calling best practices.

On Saturday he waded through a crowd of fans jostling each other to get selfies with him outside a hotel, giving out hugs and even cradling and kissing a young girl on the cheek. Later in the day he stopped his car to listen to a young man discuss the properties of water from the chicayota fruit as villagers crowded around. López Obrador sampled the beverage and closed the encounter with a hearty handshake.

Hours later, back in Mexico City, Health Department Deputy Secretary Hugo López-Gatell gave his daily evening news conference, soberly updating the country on the number of confirmed coronavirus cases —41, up from 26 the previous day and 11 the day before that— and warning that the situation in Mexico is expected to get more serious soon.

“We have already said, it is highly recommendable starting today that we avoid greeting with handshakes, kisses, hugs… Let us greet each other in a way that we do not need to be inside the healthy distance,” López-Gatell said.

The global pandemic has infected more than 156,000 people and killed more than 5,800 as of Sunday. The disease for most people causes only mild or moderate symptoms but for some, especially the elderly or people with underlying health conditions, it can cause more severe illness. Nearly 74,000 people have recovered from it so far, mostly in China.

On Sunday López Obrador was again speaking to crowds and greeting supporters in the Costa Chica region of Guerrero state, tweeting that people there were “enthusiastic, excited and happy.” Folks strained past a metal crowd barrier for hugs, handshakes, selfies and cheek-kisses. At one point an aide moved to remove the arm of a woman who threw it around his neck.

In San Juan de los Llanos, he chatted with a woman who gave him a handful of hand-rolled cigars wrapped in newsprint as a gift. In thanks, he kissed her on the cheek and forehead, took her hand and gave her a hug.

All these scenes, and more, were posted in videos to López Obrador’s Twitter account, which has 6.5 million followers.

The president has been known for years to favor casual interactions. He is famous for flying coach after refusing to set foot in a luxurious presidential plane inherited from his predecessor; traveling in nondescript sedans instead of bulletproof, tinted-window SUVs; and mingling easily with supporters.

He’s not the only one to favor intimate greetings: Cheek-kisses and hugs are common in Mexican culture, including often for someone you’ve just met. In workplaces, homes and on the street, those customs are being tested these days amid increasing coronavirus concerns.

Gov. Mauricio Vila of the southeastern state of Yucatan announced that the Mayan archaeological sites of Chichen Itza and Dzibilchaltun would be closed March 20-22, a period when typically around 50,000 tourists visit around the spring equinox.