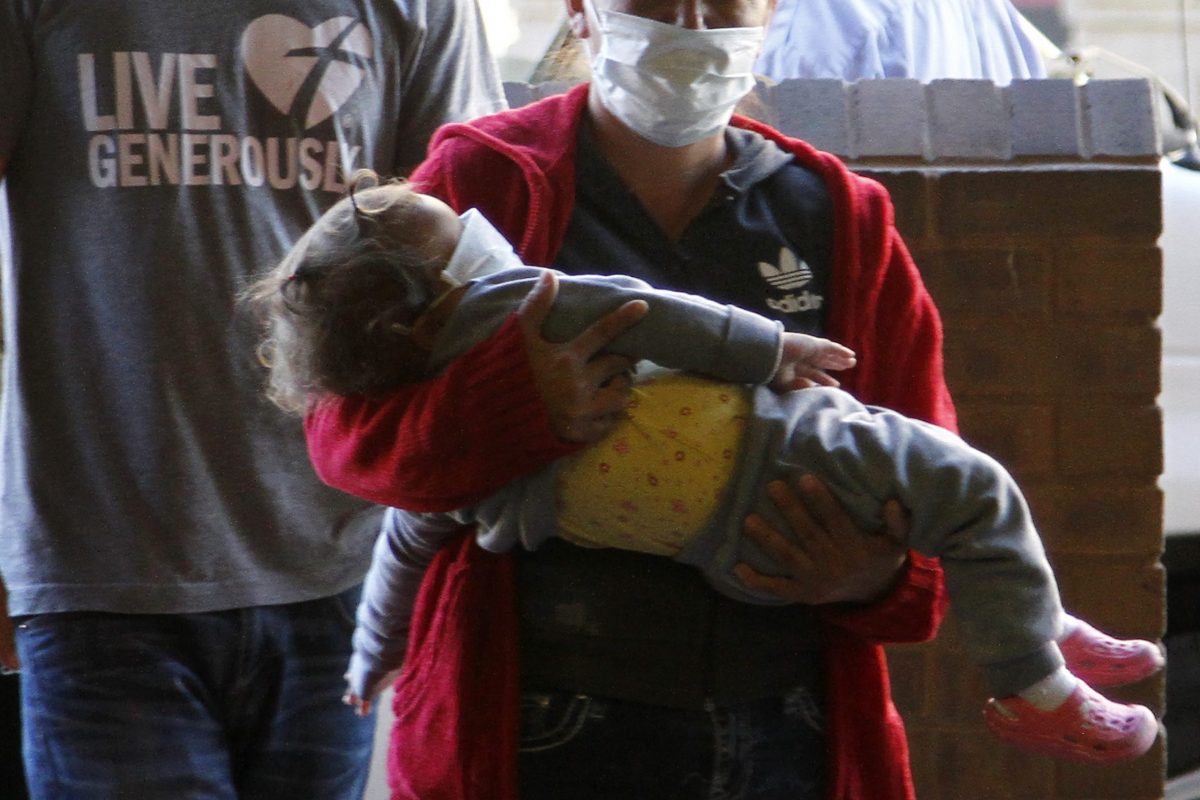 Wearing face masks, about 30 asylum seekers who had been waiting in Mexico were escorted by authorities into a federal building in El Paso, Texas, some carrying children.

They reported, as instructed, to a border crossing at 4 a.m. Monday and were driven to the court in white vans. Journalists were barred from the courtroom on the grounds that it was too crowded.

A lawyer who attended said the judge appeared by video conference, and few, if any migrants wore masks once the hearing began.

“All of the benches are taken up,” Imelda Maynard said. “Most of the children are asleep in their parent’s arms.”

The Justice Department’s Executive Office for Immigration Review late Sunday postponed preliminary hearings for people who aren’t in custody through April 10. While significant, the order doesn’t extend to courts in immigration detention centers or to the government’s “Migrant Protection Protocols” policy to make asylum seekers wait in Mexico for hearings in the U.S. It also didn’t apply to final hearings which determine whether migrants are granted asylum.

The announcement came hours after judges and attorneys called for all courts to close for two to four weeks.

“The (Justice Department) is failing to meet its obligations to ensure a safe and healthy environment within our Immigration Courts,” read a joint statement by the National Association of Immigration Judges, the American Immigration Lawyers Association and the American Federation of Government Employees Local 511, which represents Homeland Security Department attorneys.

Some asylum-seekers in the program known informally as “Remain in Mexico” live in squalid conditions outside in the Mexican border city of Matamoros. Others live in crowded migrant shelters in Mexico.

The number of people on a typical day in immigration court exceeds 50, said Elise Wilkinson, a Houston-area immigration attorney. The Centers for Disease Control and Prevention on Monday recommended that the public avoid gatherings larger than 10 people over the next 15 days.

Judge Samuel Cole, speaking in his capacity as union spokesman, faulted lack of planning for “the current disaster of mismanagement and ad hoc decisions.”

“It is indefensible how they have placed people’s lives in danger,” he said.

We have been told MPP is going forward. The risks are simply too high. Close the immigration courts. https://t.co/cnb0pQiKZa

Of the decision to stick with “Remain in Mexico” hearings, the judges union said on Twitter, “The risks are simply too high.”

Associated Press writers Nomaan Merchant in Houston and Sophia Tareen in Chicago contributed to this report.