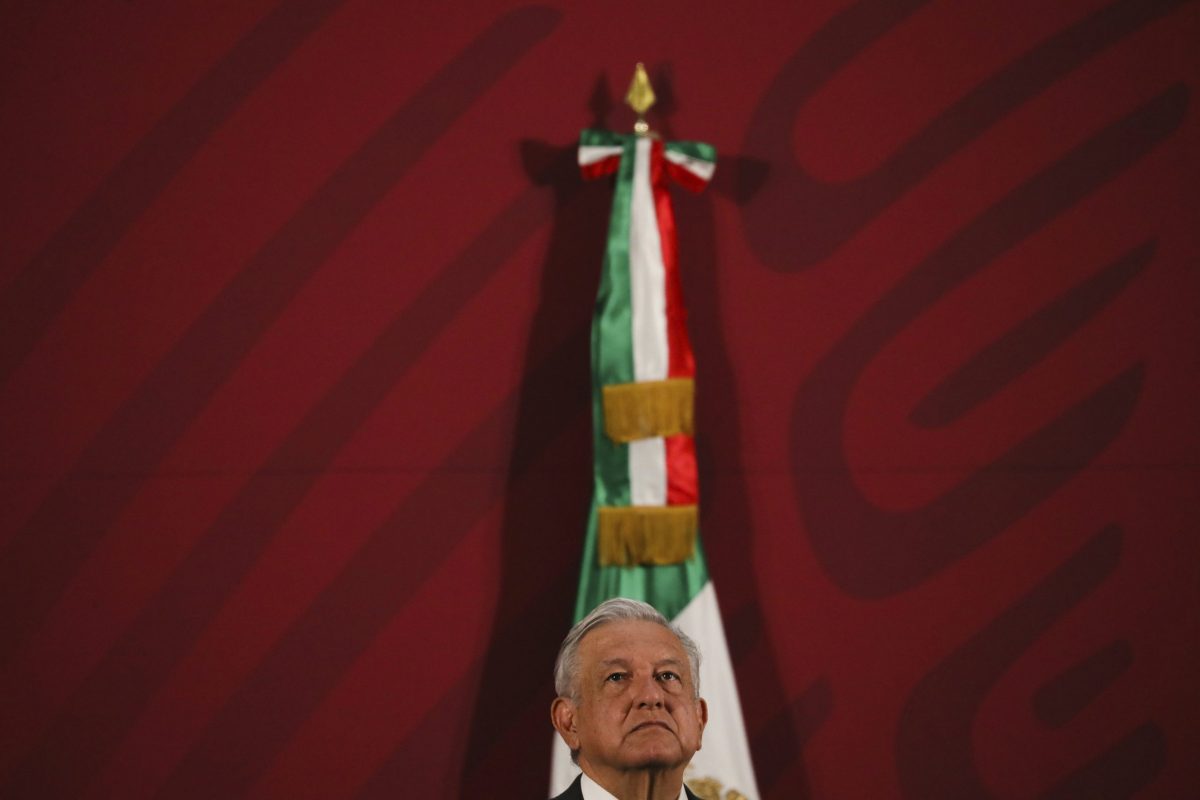 MEXICO CITY (AP) — Many countries in Latin America have taken aggressive measures to deal with the coronavirus such as closing their borders, dock and airports to foreigners, declaring states of emergencies and ordering business shutdowns.

Mexico, by contrast, has so far taken a “business as usual” attitude. People still crowd street markets picking through piles of fruit and vegetables. Cars and trucks continue to fill the streets and commuters throng subway trains, though the volume of traffic is noticeably lower.

President Andrés Manuel López Obrador and his government have said a shutdown of the country would disproportionately hurt poor people and also be a psychological weight on all Mexicans. They say there is no reason to impose major restrictions before health officials deem them necessary—a moment they are expecting in late March, based on the virus’ pattern elsewhere and the February 27 date of Mexico’s first confirmed case.

The approach is worrying many experts.

But it is the president’s personal attitude that has Mexicans puzzled. He continues to attend mass public rallies, shaking hands and kissing babies. Asked how he was protecting Mexico, López Obrador removed two religious amulets from his wallet and proudly showed them off.

“The protective shield is the ‘Get thee behind me, Satan,'” López Obrador said, reading off the inscription on the amulet, “Stop, enemy, for the Heart of Jesus is with me.”

López Obrador, often described as a leftist, is in fact a nationalist with deep religious feelings.

“I think President López Obrador is trying to project confidence and minimize the risk,” said Jesus Silva-Herzog, a political commentator and professor at the Tecnológico de Monterrey University.

But, Silva-Herzog added, “I think that what he has wound up doing is minimizing the risks associated with the emergency, and sending messages that contradict what is being said almost everywhere else.”

Mexico reported its first death from the virus Wednesday —a 41-year-old man said to have been obese and suffering from diabetes. As of late Thursday, the country has 164 confirmed cases of coronavirus, up from just over 40 a week ago.

Still, Hugo López-Gatell, deputy secretary in the Health Ministry and the administration’s public face of López Obrador’s coronavirus response team, said the country remains in what it calls phase 1 of the epidemic, with all cases related to importation from other countries and no community transmission.

Federal officials have suspended classes for about a month beginning after Friday’s school sessions and are encouraging things like social distancing, working from home and following hygienic measures recommended by international and domestic health experts.

Some large events have been called off, yet others such as a multi-day music festival attended by tens of thousands in Mexico City were allowed to proceed. Federal officials recommend that “non-essential” gatherings should not be larger than 5,000 people, while local authorities in the capital have said events topping 1,000 people should be canceled.

Mexico has only 5,000 emergency beds, and about 1,500 intensive care or sealed rooms, for a population of over 125 million, but officials still exude a sense of calm at their daily briefings on the virus. And some observers say they are chilled by remarks like López Obrador’s.

“I think this has shown a lack of respect by the president,” said Carlos Padilla, a Mexico City business administrator. “I think he should be doing a better job of protecting the public, in every sense.”

Once community transmission begins —and Mexican officials make no secret that they know it is coming, sooner rather than later— the country is likely to see more aggressive measures.

“We are prepared. We have enough budget. All the resources we need,” López Obrador said Thursday.

Some, however, are beginning to be nervous about the lack of response now, including among the president’s political opposition. The conservative National Action Party sent a letter to the Pan American Health Organization on Thursday expressing its “deep concern about the government’s actions in the face of the COVID-19 pandemic.”

Former diplomat Enrique Berruga Filloy said in a column for the newspaper El Universal on Thursday that Mexico’s geographic advantages gave it more leeway to plan for the virus and take timely actions, but that the administration has squandered the chance.

“The tsunami is coming and we, instead of seeking safety, are playing on the beach,” Berruga Filloy wrote.

Like in other countries, Mexico’s stock market has been hit hard by coronavirus concerns. The peso has slid precipitously, trading over 24 to the dollar at times this week for the first time in history.

Alfredo Coutiño of Moody’s Analytics said Mexico’s markets “are now realizing that the country is facing a higher risk of contamination by the coronavirus” with the Mexican economy already weak.

Despite assurances from officials, Mexico and its health system are showing “real vulnerability,” Coutiño said.

He said investors particularly don’t like the lack of government measures to protect the economy and the people. “Fiscal and monetary policies are running far behind the curve,” he said.

National Action senators proposed a package of measures this week that would include measures such as lowering interest rates, stimulating home construction and infrastructure, reactivating private investment in the energy sector and transferring money to the Health Department. But López Obrador is known for a visceral dislike of spending and deficits.

López-Gatell displayed the administration’s attitude Thursday when he said everything is going according to plan.

“All of the scenarios that we foresaw for what was going to happen, are happening,” he said. “This will allow us to keep to a well-planned, well-calculated technical plan of action.”

López Obrador, who enjoys approval ratings that would be the envy of many a world leader, said Thursday that military medical workers and installations would be part of the pandemic response. But he ruled out any curfew or troop deployments, saying he wanted nothing to do with tough measures that could be seen as authoritarian.