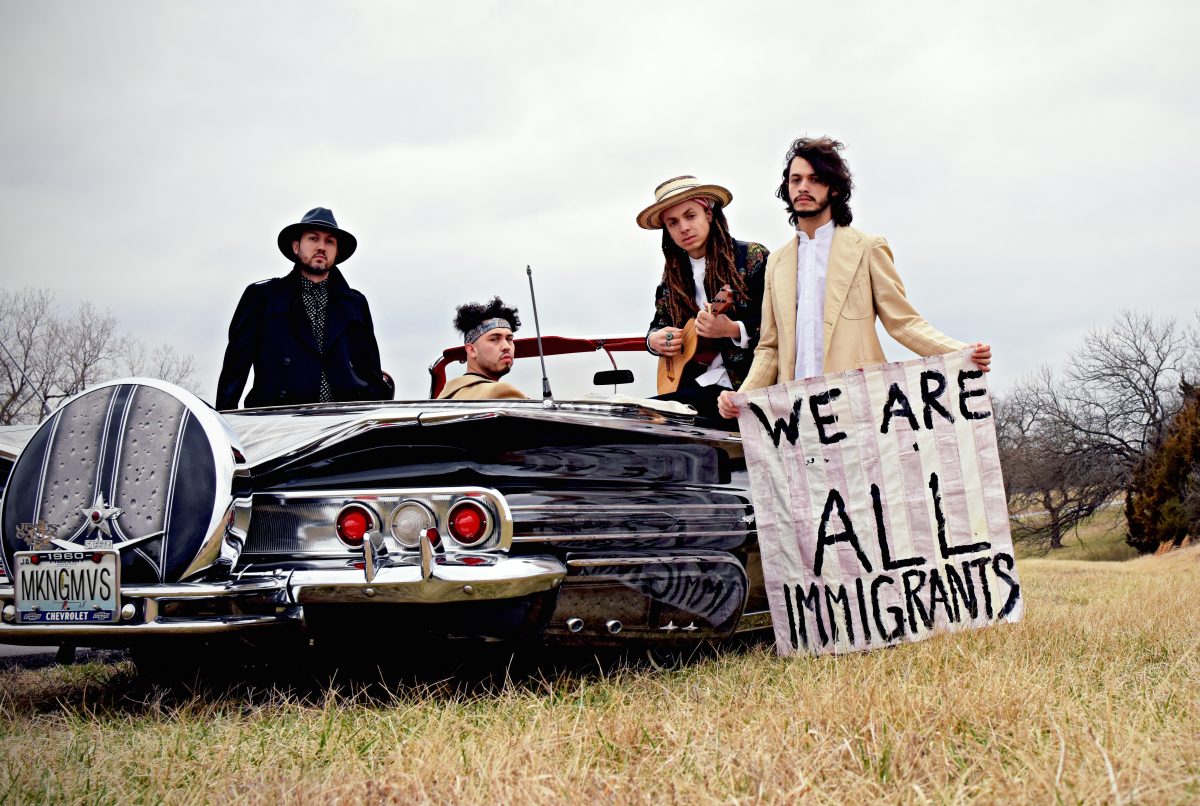 Making Movies is a band based out of Kansas City, Missouri that mixes Afro-Latino rhythms and psychedelic rock’n’roll. The group members have roots in Panama and Mexico, composed by two sets of brothers, lead singer and guitarist Enrique Chi and bassist Diego, and Juan-Carlos and Andres Chaurand on percussion and drums.

In 2017, Panamanian singer and songwriter Rubén Blades gave their track “Spinning Out” a shout-out on the red carpet at the Latin Grammys. That led to the first collaboration between Rubén Blades and Making Movies, a song called “No Te Calles”, featured in their latest album, titled ameri’kana.

In this edition of our series “How I Made It”, stories about Latino creators and the work they make, Latino USA sits down with Enrique and Juan-Carlos to discuss, “Locura Colectiva,” one of the band’s most ambitious tracks. They discuss how the track came to be and why they felt the album at one point was cursed.

This segment originally aired in February, 2019.