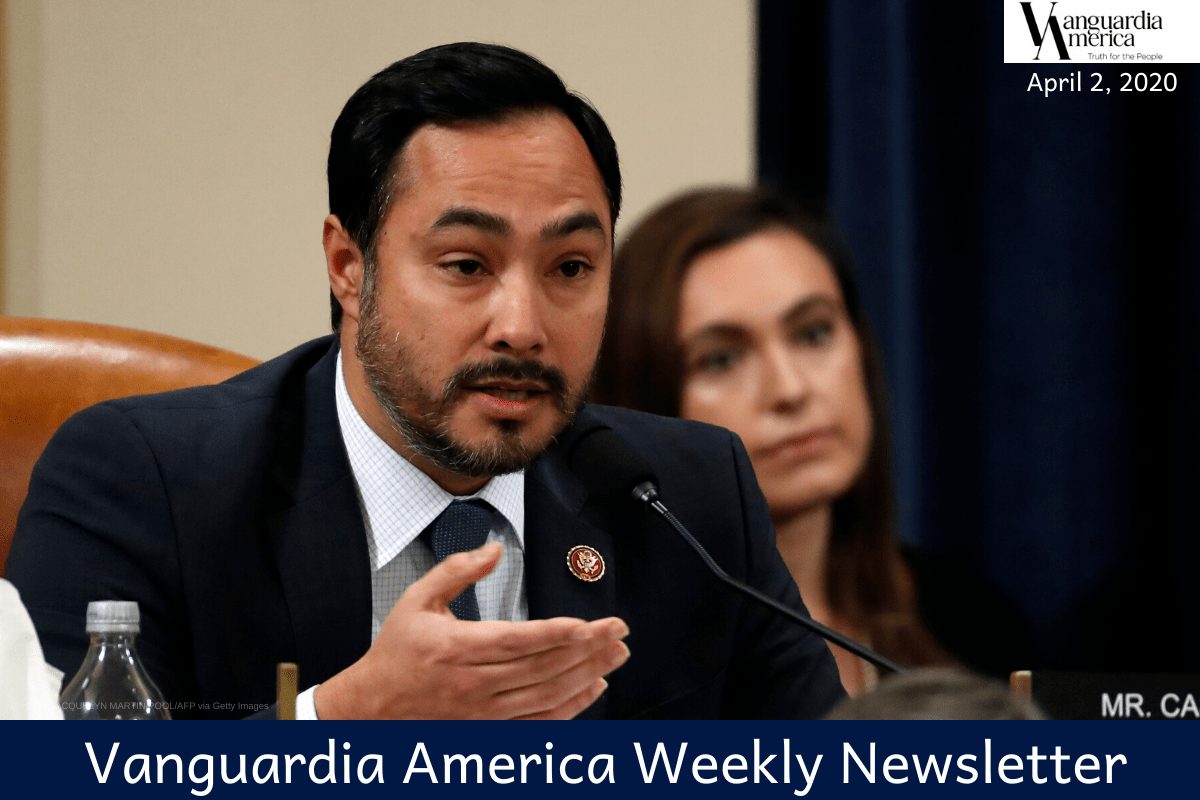 “ICE must release all detainees now before lives are lost,” Rep. Joaquin Castro, chair of the Congressional Hispanic Caucus told reporters Tuesday. “There are at least four confirmed cases of immigrants in custody who have coronavirus, and five [federal detention center] employees who had tested positive.”

Congresswoman Alexandria Ocasio-Cortez called it “a humanitarian crisis that is right on our doorstep.” She demanded the detainees be released before it’s too late.

Earlier this week, a federal judge in Pennsylvania ordered the release of 11 detainees with underlying health conditions that made them vulnerable to the virus. Last week, a judge released 10 detainees from detention centers in New York and New Jersey. A spokesperson for Immigration and Customs Enforcement (ICE) told The Hill that federal officials will decide “on a case-by-case basis” as to whether more detainees will be released.

In a letter to the Department of Homeland Security (DHS), top Democrats said unaccompanied minors are being turned away at the U.S.-Mexico border in violation of the federal Trafficking Victim Protections Reauthorization Act. The letter was signed by key Democrats in the House and Senate, including Sen. Dianne Feinstein of California and Rep. Jerrold Nadler of New York. Both serve on their respective judiciary committees.

“Children do not have to be put in harm’s way to protect us from the coronavirus pandemic,” the letter read. “DHS has the ability and capacity to protect both these children and the public.”

On Monday, The Washington Post reported that under so called federal emergency measures, migrants entering the United States illegally are being deported to Mexico in an average of 96 minutes.

To protect against the spread of COVID-19, Arizona Gov. Doug Ducey has issued a “stay-at-home” order and a suspension of all but “essential services,” but that hasn’t stopped President Trump from continuing to build his wall.

The New York Times reports that residents in Ajo, a former mining town near the U.S.-Mexico border, worry that throngs of the construction workers hired to build the wall, who buy takeout food from restaurants in their community, could spread the virus.

The Trump administration claims the wall will help stop the spread COVID-19 into the U.S., but “the director of the Centers for Disease Control and Prevention [says] such a barrier would not mitigate the outbreaks already occurring in every state,” according to the Times.

At the time of this publication, Arizona health officials have confirmed 1,413 cases and 29 deaths from the coronavirus.

The head of the National Association of Latino Elected and Appointed Officials (NALEO) says the Census Bureau’s decision to suspend field operations through April 15 in response to the coronavirus outbreak was the right thing to do.

“During this period, Americans from coast to coast are grappling with the realities of this public health crisis,” said Arturo Vargas, NALEO’s president and CEO, adding he is confident census officials are committed to completing a “full and accurate count” and is encouraged by actions the agency is taking to adapt its public advertising campaign.

NBC Latino reports the Census Bureau “estimates about a 1.54 percent, or 777,359 Latinos, were undercounted or missed in the 2010 census.” Watchdog groups believe the undercount was far higher.

“Attorney José Garza, who represented the Mexican American Legislative Caucus of the Texas House of Representatives in lawsuits over the undercount,” according to NBC Latino, “said the undercount in minority communities is closer to 3 percent to 5 percent, and he projects it will be even higher in 2020 because of the health crisis and other turmoil.”

The deadline to fill out the census form is August 14.

Vargas said the census does not include a question asking about people’s citizenships status. The U.S. Supreme Court barred the Trump administration from including the question.

The National Association of Hispanic Journalists (NAHJ) said Mercader “leaves a legacy as a diversity and inclusion champion.”

“Maria fought cancer and related illnesses for more than 20 years, and was an inspiration each time she returned to work after a setback threatened to end her life,” according to a statement issued by CBS News. She was 54.