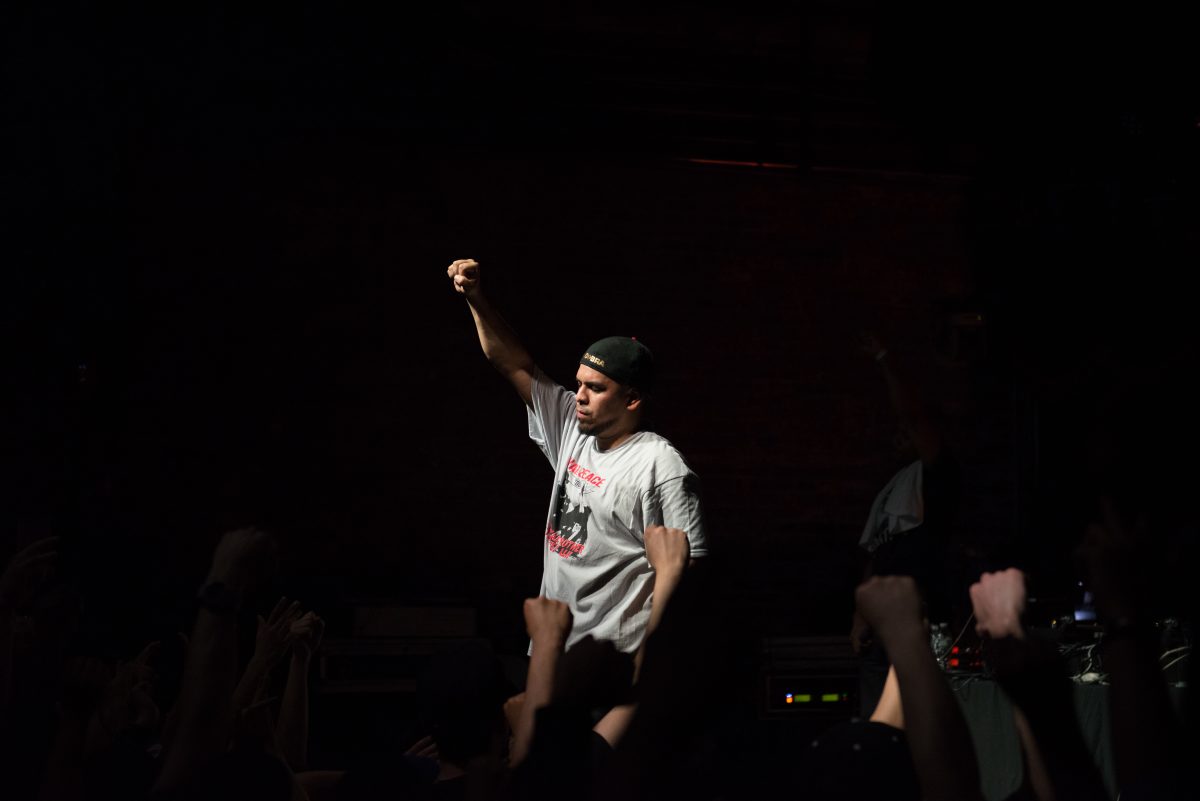 Felipe Coronel, aka Immortal Technique, is a legendary underground hip-hop artist, known for his skills on the mic—as well as his raw, highly political lyrics.

His family immigrated to Harlem, New York from Peru when he was a toddler to escape armed conflict and economic instability in Peru. He grew up in Harlem during the 80’s and 90’s, a time that was notoriously rough in New York City. Technique says because of the way he grew up, he harbored a lot of rage and eventually, that rage led him to prison. He was incarcerated for a year during his college years for assault-related offenses.

While in prison he honed his rapping skills and when he was paroled in 1999 he took up freestyle rap battling and became a champion in the underground NYC battling scene.

Just two years later in 2001 he released his first album “Revolutionary Vol. 1” which launched him to fame—eventually collaborating with famous artists such as Dead Prez, Mos Def, and Chuck D of Public Enemy. His brutal song “Dance with the Devil” is what he mostly became known for.

Today, Immortal Technique spends his time working on philanthropic causes. Much of his work has been centered in Harlem, especially in the past two months of the coronavirus pandemic. Along with donating to various charity organizations, he is going out in the neighborhood himself to deliver food and run errands for those unable to go outside due to COVID-19. He’s recently been live-streaming these runs on social media.

Between his runs, Immortal Technique is still writing music and hitting the studio, as fans hold their breath for the release of his first album in over a decade.

Part of this episode originally aired in January of 2019.