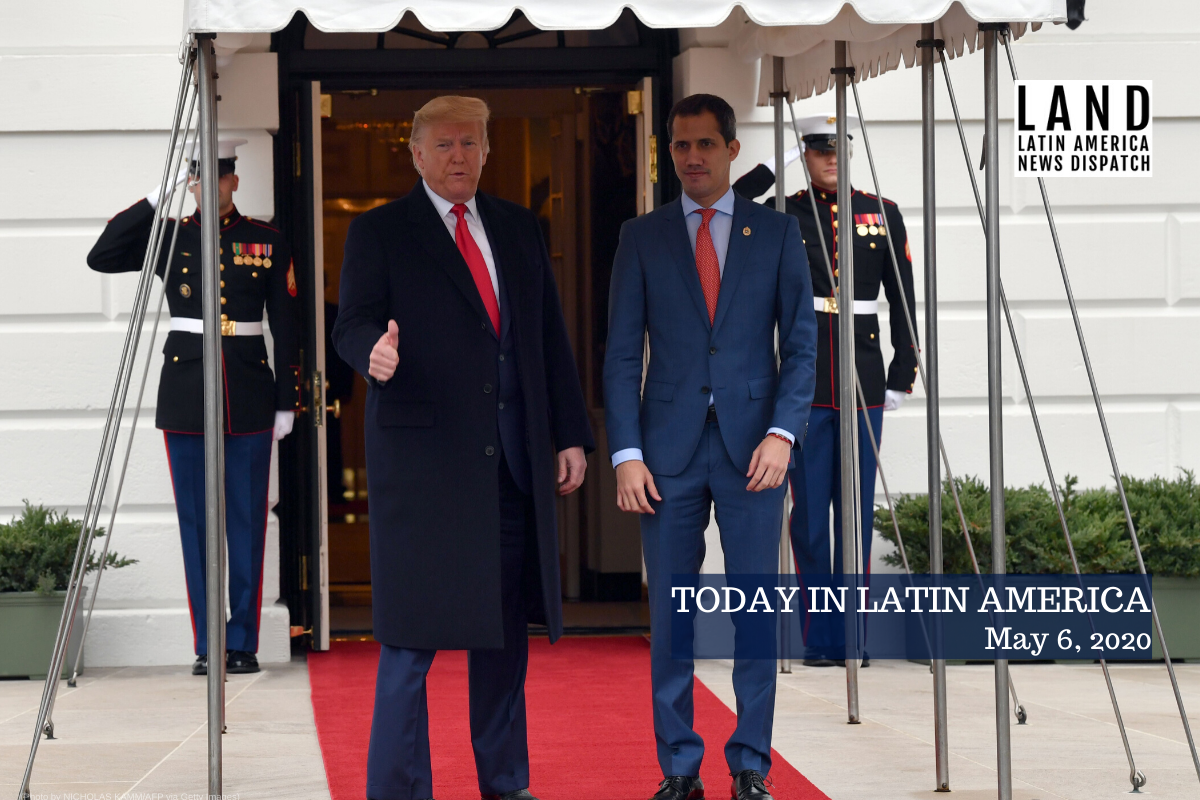 US President Donald Trump (L) greets Venezuelan opposition leader Juan Guaido during his visit outside the White House on February 5, 2020 in Washington, DC. (Photo by NICHOLAS KAMM/AFP via Getty Images)

VENEZUELA: U.S. President Donald Trump declared yesterday that the United States was not involved with the attack that led to two American citizens’ arrests in Venezuela. On Sunday, Venezuelan authorities intercepted a boat of would-be invaders near the city of La Guaira. Eight were killed and two Americans were detained. Venezuelan President Nicolás Maduro accused the pair of being part of a plan to kill him backed by Colombia and the United States. “Whatever it is,” Trump told reporters, “it has nothing to do with our government.”

Since the arrests, many were confused about the involvement of U.S. officials. Goudreau was first named by the Associated Press on May 1, in an article detailing a failed attempt to rouse a “rebellion” that would oust Maduro. Goudreau said that Operation Gideon promised to “capture” Maduro in an agreement with opposition leader, Juan Guaidó, who he accused of not paying him. Guaidó denied the relationship.

CHILE: Scientists at the University of Santiago have developed a “smell test” for the coronavirus that could potentially help diagnose asymptomatic patients earlier and at a low cost. The aroma kits would help doctors detect the loss of smell among patients, which is one of the most frequent symptoms of COVID-19.

URUGUAY: Authorities plan to increase border control amid the coronavirus pandemic, due to concerns of the spread of the virus through border towns. President Luis Lacalle Pou previously announced that the pandemic had been “controlled” in the country and would begin opening public services. On Monday, 85% of businesses in the city center of Montevideo reopened. According to the President’s secretary, Álvaro Delgado, the country is worried about a second wave of cases coming from the Brazilian border. Authorities were ordered to impose stricter movement protocols and to collaborate with the Brazilian authorities to curb the flow of people.

EL SALVADOR: More than 300 Salvadorans who have been quarantined in San Salvador protested for their release on Monday. President Nayib Bukele began detaining Salvadorans who violated the mandatory quarantine in March, and has continued the policy even after the Supreme Court ruled that the government could not detain citizens. Those currently held at a sports stadium and in the parking lot of a Baptist Church told Reuters that they had been tested for the coronavirus, but had not been given their results, and had been detained for more than 40 days.

HONDURAS: Hundreds of protesters blocked a highway outside of Tegucigalpa with stones and branches on Monday to prevent relatives from burying COVID-19 victims in small towns. Residents told the Voice of America that they feared infected members of funeral processions might carry the coronavirus into their communities. According to Johns Hopkins University, Honduras has 1,178 confirmed coronavirus cases with 83 fatalities.

REGION: Doctors Without Borders issued a statement yesterday calling for the United States to “immediately stop all deportations to countries in Latin America and the Caribbean.” The organization specifically denounced deportations to Honduras, El Salvador, Guatemala and Haiti, citing the risk of transmitting the coronavirus from the epicenter of the COVID-19 pandemic to countries with fragile health systems. Doctors Without Borders also urged Mexico to cease deportations of Central American migrants, including migrants previously deported from the United States.

MEXICO: President Andrés Manuel López Obrador asked the U.S. government on Monday to investigate any ties they may have had with former Public Safety Secretary Genaro Garcia Luna, who is currently on trial for accepting millions in bribes from the Sinaloa Cartel. Luna, who served from 2006 to 2012, was known for cooperating closely with the Drug Enforcement Administration (DEA), the Central Intelligence Agency (CIA) and the Federal Bureau of Investigation (FBI). Luna is accused of protecting Joaquin “El Chapo” Guzman’s drug operations.

MEXICO: According to Health Undersecretary Hugo López-Gatell, Mexico has managed to “flatten the curve” of the coronavirus pandemic. López-Gatell clarified that it did not mean the curve was literally flat, but that measures taken by the government had resulted in a 60 to 75% reduction of projected cases. According to data collected by John Hopkins University, Mexico has 24,905 confirmed cases and 2,271 deaths as of Tuesday.

UNITED STATES: The State Department said it may increase sanctions on the administration of Nicaraguan President Daniel Ortega on Tuesday. The United States has already imposed sanctions on 18 individuals related to Ortega, but said it is willing to extend the sanctions to “entities that facilitate repression.” The announcement by Deputy Assistant Secretary Jon Piechowski comes hours after the European Union placed sanctions on six Nicaraguan government officials, and amid growing criticism of Ortega’s handling of the Coronavirus pandemic.

And They Will Inherit It 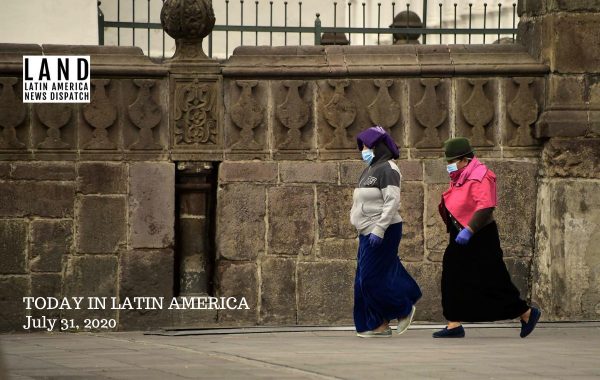 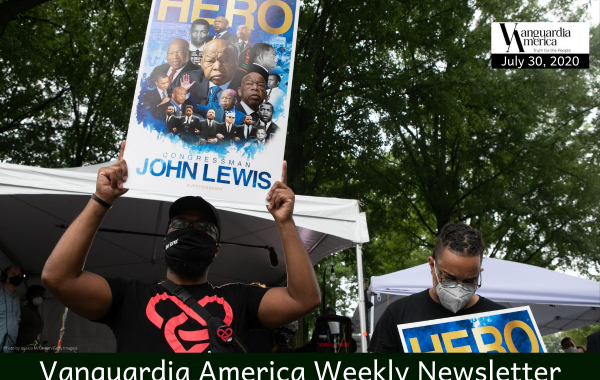 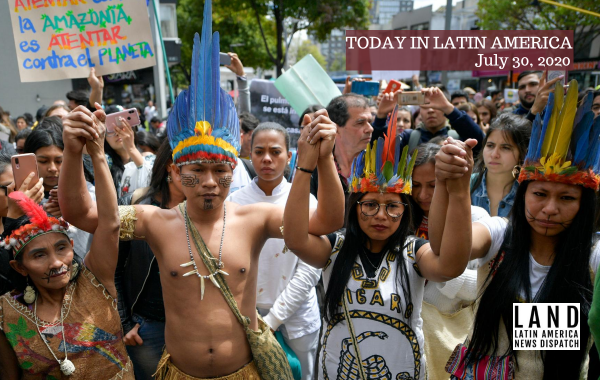