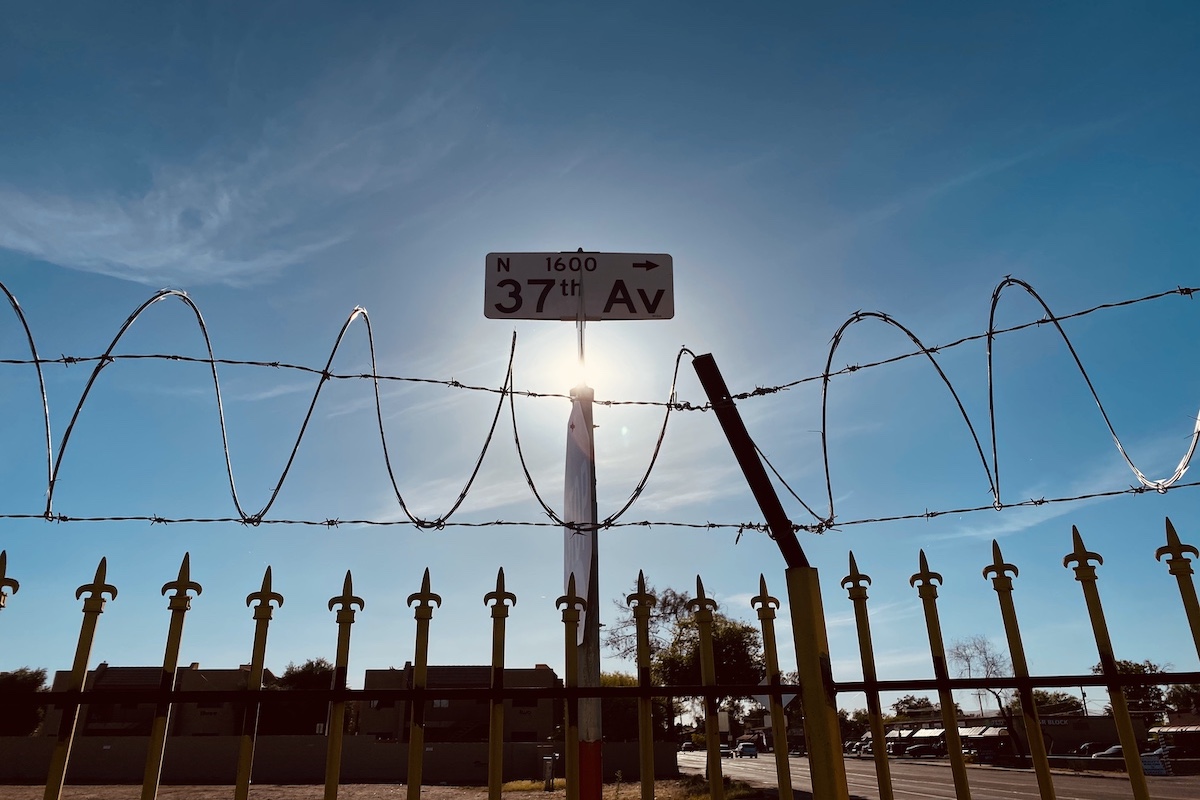 PHOENIX — Every year, the start of summer appears to begin earlier than the year prior, as Phoenix summers are some of the hottest on the planet, demonstrating the impact of global warming, and resulting in heat-associated deaths—in addition to a variety of weather conditions such as drought, dust storms, and poor air quality.

In 2017, a record of 264 heat-related deaths took place in Arizona, exceeding the historical average in Maricopa County, the center of Phoenix, Arizona, and the fourth most populated county in the United States.

This spring, temperatures have already hit an all-time high, earlier than usual for Arizona natives. An excessive heat warning went into effect on April 26, the first 100-degree day of 2020 in the metro Phoenix area.

On average, Arizona summer temperatures exceed 100° F, with a constant increase in high daily degrees accumulating as the days go on, leading to poor health outcomes amongst the public. Environmental heat illnesses and heat-related hospital visits have only increased in the past five years, according to the Arizona Department of Health Services.

The majority of cases take place outdoors in an urban area, primarily due to the “urban heat island” effect. Phoenix is the fifth-largest (and fastest-growing city) in the United States—a heavily populated city environment that traps heat, deterring the island from cooling down.

As a result, construction workers continue their projects when the night comes alive, but there are a variety of professions that continue their work at the crack of dawn. Air-conditioner technicians, steelworkers, and minor league baseball players are out in the field at peak sun hours, enduring the impact of the heat at work while facing a deadly consequence if not staying properly hydrated and protected.

Despite this, data from the Maricopa County Public Health Department reveals heat-related deaths most often occurred in environments lacking a functioning A/C unit, with nearly half of those indoor heat deaths occurring in mobile homes.

In low-income communities, having access to air conditioning for the entire summer is not easily accessible. The more one uses their air conditioning, the higher energy bills will be. Fighting the heat presents a costly price tag working-class families do not always have the luxury to afford.

To prevent the increase of heat-related illnesses and deaths among vulnerable populations, the Heat Relief Regional Network provides cooling stations and water donation sites across the region.

However, there is no mass stable infrastructure to support the homeless from an unprecedented climate crisis that will impact the most vulnerable. From 2017 to 2018, homelessness in Arizona increased almost 10%, and it is constantly on the rise.

In the past decade, Arizona saw a total of 1,200 heat-caused deaths in the past decade, determined by data from the Centers for Disease Control and Prevention. In addition to extreme heat, the shifts in the climate leads to other hazards such as flooding during monsoon season, increased drought, wildfires, and outrageously high temperatures, with communities of color disproportionately impacted by its effects.

Racial Disparity In The Valley Of The Sun

Historically oppressed populations within low-income, underserved minority communities are victims of environmental inequality, as they are disproportionately impacted by the effects of climate change, with heat waves serving as a leading catalyst in Phoenix.

Some populations are more vulnerable than others such as the elderly, those within impoverished areas, and those living in poverty. In the Valley of the Sun, the highest death rate occurred among Native Americans, African Americans, and those 65 years of age or older.

The Navajo Nation occupies portions of northeastern Arizona, New Mexico, and Utah, and is considered highly vulnerable due to their socio-economic, health and geographic conditions, which include limited access to water. The Johns Hopkins Center for American Indian Health report explains connectivity to public water systems for reservation households is limited, with about 30-35% in need of accessibility and infrastructure.

In Arizona, African American residents make up less than 7% of the population, but endure the toll of hot summers more than any other racial group. The national Killer Heat Report revealed that Black neighborhoods were exposed to extreme heat and face the effects of the urban heat island and global warming the most.

The Latinx Population In Phoenix

The Latinx community makes up 42.6% of the Phoenix population, and in Maryvale, a sub-district in the area’s West Valley, about 70% of the community is predominantly Hispanic and/or Spanish-speaking. Maryvale holds a higher percentage of foreign-born citizens than the U.S. average, with 27.6% living below the poverty line.

There are a variety of environmental inequalities the Latinx community faces—poor air and water quality, reduced access to green spaces, and a limited use of renewable energies are among a few of the issues that ignited a climate justice movement for a cleaner future in Arizona.

Chispa Arizona, a program of the League of Conservation Voters, fights for equitable access to clean air and water, healthy neighborhoods, and a safe climate for generations to come.

“Maricopa County ranks top of the counties of worst air pollution, and people who live in South or West Phoenix are disproportionately exposed to dirty air,” Laura Dent, Executive Director of Chispa said. “It is critical that elected officials hold corporate polluters accountable, invest in clean, renewable, affordable energy, and support a just, sustainable transition towards a clean energy economy for the future of Arizona. Elected officials must acknowledge the disparities communities of color face, and proactively work towards intersectional solutions that will address the environmental and social injustices in our state.”

People of color are more likely to live in areas with air pollution, elevating a public health concern as it contributes to a rise in respiratory issues. Not only is this a valid example of an ongoing crisis that is often overlooked, it is merely a demonstration of how a public health crisis, like COVID-19, disproportionately impacts the most vulnerable. If the circumstances remain the same and no further action is taken to protect the environment, we will see the same unequal conditions occur in the climate crisis.

State senator Martín Quezada —who represents Maryvale, west Phoenix, and southern Glendale— explained that the current coronavirus crisis has magnified the inequalities that have been prevalent in society for far too long.

“For our communities who are living paycheck to paycheck, an extreme situation will not always be something like a global pandemic. It can be something as relatively small as a broken refrigerator or air conditioner at home, a sudden health emergency, a heat wave or flood, etc. that can throw lives into chaos,” Quezada said. “Our leaders should be fighting to end those pre-existing inequalities before tragedy happens. The next tragedy is sure to come. My community doesn’t deserve to suffer more as a result of it.”

The public health crisis happening is merely a preview of a larger climate crisis. The question remains whether people can take the necessary course of action to implement equitable solutions for the most vulnerable.

This journalism project was made possible by a scholarship from Marguerite Casey Foundation, which supports low-income families in strengthening their voice and mobilizing their communities to achieve a more just and equitable society for all.